Doctors, dentists and drones to deliver medicines in Va. 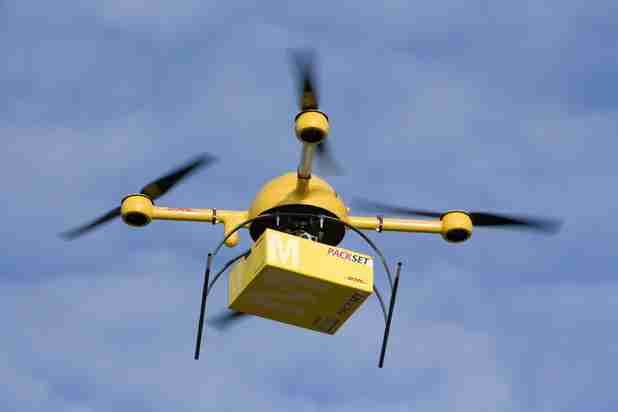 WISE, Va. (AP) _ Two remote-controlled aircraft delivered medicines to a clinic in southwest Virginia on Friday in research flights offering a glimpse at the future of drone capabilities.

The pharmaceuticals and other medical supplies were ferried to the Wise County fairgrounds, where the international nonprofit Remote Area Medical has set up a clinic for the weekend. The clinic typically provides medical, dental and eye care to thousands in this coal mining region.

The aircraft were a fixed-wing NASA Langley Cirrus SR22, which flew from Tazewell County to the Lonesome Pine Airport in Wise, and a hexacopter, which completed the delivery in smaller batches from a staging area less than a mile from the clinic.

The Cirrus had a pilot on board for safety reasons but the flight was controlled from the ground, according to NASA.

Ahead of the research flights, proponents of unmanned aircraft systems _ the more formal name for drones _ were banking on this sort of testing to give rise to a new high-tech industry for this rugged and remote area of Virginia. Coal mining, long the lifeblood of the southwestern part of the state, has been in steady decline.

Virginia politicians such as Gov. Terry McAuliffe hailed the tests as historic and a “Kitty Hawk moment,” as U.S. Sen. Mark R. Warner put it.

“These flights highlight the humanitarian possibilities of this technology, and I’m looking forward to additional successes that will position Virginia as a leader in this burgeoning field,” Warner said.

Next post US stocks rise as eBay, Citi, others report strong earnings