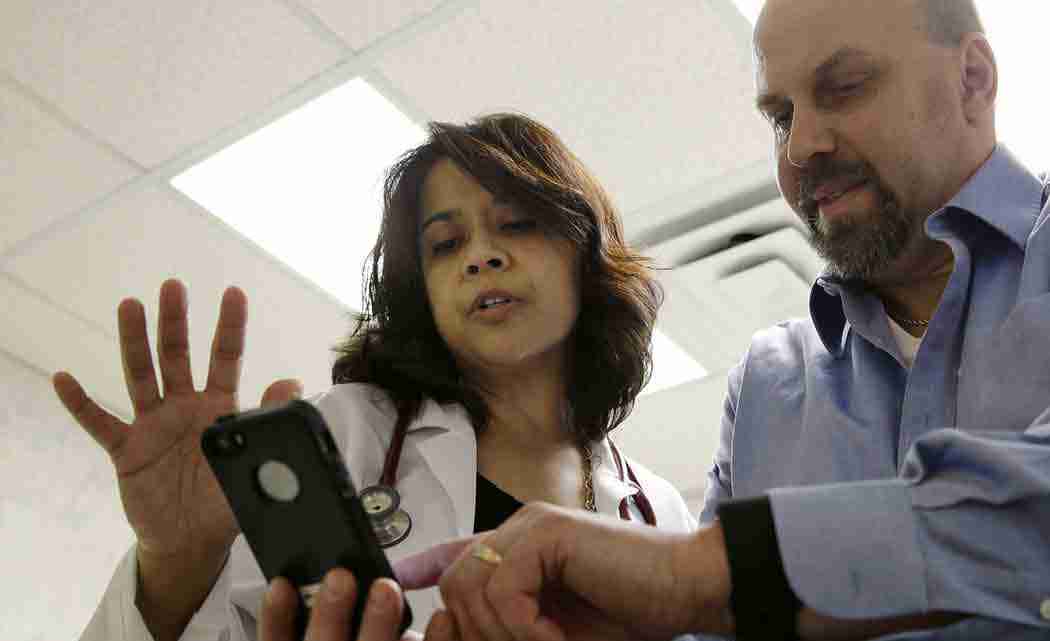 HACKENSACK, N.J. —That phone app keeping track of your exercise and meals might keep you out of the hospital one day.

Why give your doctors permission to incorporate data from fitness trackers and health apps into electronic patient records? Well, they might spot signs of an ailment sooner and suggest behavioral changes or medication before you land in the emergency room. They also might be able to monitor how you’re healing from surgery or whether you’re following a treatment regimen.

“Right now we only see our patients for about a 15-minute visit in the office, and it’s a very constricted view,” said Dr. Lauren Koniaris, a specialist in pulmonary critical care at Hackensack University Medical Center in New Jersey. “This really globalizes the view of their health status, so that we’re really in contact with them on a much more daily if not hour-to-hour basis. It’s almost like a virtual house call.”

At Hackensack, a handful of patients at risk for heart failure are asked to use a fitness tracker to count steps walked and flights climbed. They are also asked to record what they eat _ by photographing the product’s bar code, for instance _ using a phone app that has a database containing nutrition information on thousands of food items. Using Apple’s new HealthKit technology, data from the various trackers and apps gets automatically transferred to the Epic MyChart app on the iPhone. From there, the information goes to the hospital’s records system, which also comes from Epic.

Hackensack wants to expand to more patients and start tracking blood pressure and sleep quality, too. But the hospital first needs to ensure that teams are in place to review the glut of data coming in. More broadly, there are consumer privacy and security issues to address, along with questions about whether these trackers and apps really improve patient care. The University of California, San Francisco is studying which gadgets are reliable and whether that reliability extends to patients with extreme conditions. Then they have to figure out what information is really meaningful _ not just noise.

Many doctors and hospitals see potential. The Mayo Clinic in Rochester, Minnesota, uses Fitbit trackers to monitor hip-replacement patients for a month after surgery. Health workers get data on daily steps and can tell when patients have trouble walking _ a hundred or more miles away. The Ochsner Health System in New Orleans is turning to wireless scales and blood-pressure devices to help reduce readmissions for chronic diseases such as heart failure. Noticing a small weight gain, for instance, might reveal fluid buildup resulting from the heart failing to pump normally. Not only can doctors intervene sooner, they can use the data to show how exercise can help lower blood pressure.

“If we’re going to succeed in improving health, we have to get patients more engaged in their care,” said Dr. Richard Milani, a cardiologist at Ochsner.

Heart-attack patients have long been asked to weigh themselves, while those with diabetes have had to check glucose levels. Smartphone technology makes all that easier and gets measurements to doctors more regularly and reliably. There’s no forgetting to record a number or transposing digits.

With Apple’s HealthKit tools, disparate gadgets and records systems can work together more easily. Think of HealthKit as a common language, eliminating the need for translators. Beyond sleep and exercise data coming from fitness trackers, doctors can eventually incorporate devices that measure glucose, blood pressure, respiratory rates and blood-oxygen levels. The devices communicate with the iPhone wirelessly or through the headphone or charging port. Google, Samsung and Microsoft have similar ambitions that will expand monitoring to users of Android and Windows phones, though they aren’t as far along. For now, developers must write separate code for each Android or Windows app to integrate.

Gary Wilhelm, 51, who works at Hackensack on payroll and finance technology, joined the hospital’s app test after he suffered a heart attack in October. He appeared animated during a check-up this month as he showed Dr. Sarah Timmapuri, his cardiologist, various charts on flights climbed and cholesterol intake. There were a few bad days that Wilhelm blamed on the Super Bowl. Timmapuri instructed Wilhelm to monitor his pulse on his new Fitbit Surge. If it gets to about 155 beats per minute, he’s to end his workout.

“Even if I did not do a single thing with the information, just the patient knowing that I’m reviewing it will already have a positive effect,” Timmapuri said.

Mayo patient Randy Smothers, 62, of Chisago City, Minnesota, agrees. He said he was in pain after getting his right hip replaced and would have stayed on his couch without the knowledge that someone was checking on him.

“This pedometer they gave me made me walk every day and move on and get going,” he said.

Apps and trackers could ultimately reduce patient visits, though there’s a risk patients would practice self-care.

“It may be an aid or a tool to help me deliver better care, but it is just a tool,” said Dr. Robert Wergin, president of the American Academy of Family Physicians. “It shouldn’t substitute for a face-to-face visit.” 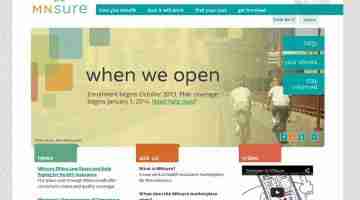