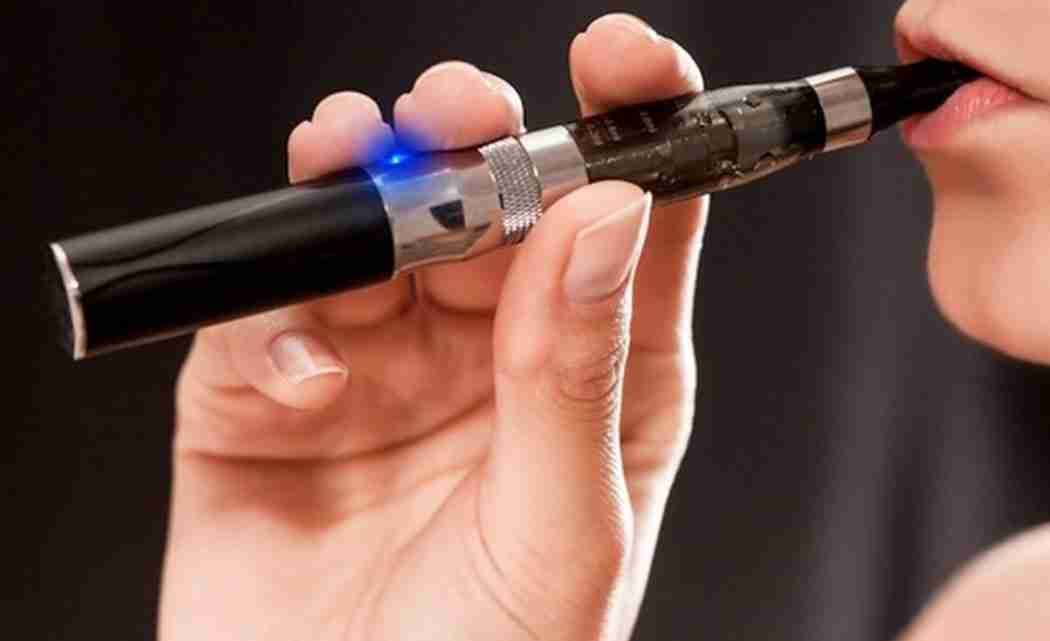 SACRAMENTO, Calif. (AP) _ The Vapor Spot doesn’t immediately conjure images of the Wild West. There’s a curved, neon-backed bar and full-length windows at the downtown Sacramento shop. The high exposed ceilings are decked with orbed light fixtures to give the expansive space a warm glow. Patrons gather in the “vape shop” to smoke electronic cigarettes, inhaling nicotine through a flavored vapor solution, known as “juice.”

It may appear laid back. But there is real muscle beneath the specialty e-cigarette retailer’s trendy skin: a booming billion-dollar industry that has operated largely free of government regulations, ruled almost entirely by small business vigilantes who are making hefty profits.

If it’s not a Wild West, it’s close. But with anti-smoking groups demanding change, government regulations are all but imminent. One California state lawmaker backs legislation that would regulate e-cigarettes as tobacco.

In 2014, there were roughly 25,000 e-cigarette retailers in the U.S., the Stanford Prevention Research Center estimated. But with 1,400 vape shops in California alone, proponents consider it the epicenter of the movement.

“Over the past five years you’ve seen my business grow from zero to hero,” said John “JJ” Jenkins, who left his job as an animator to open The Vapor Spot in Los Angeles in 2010. He now owns four locations.

With a Wells Fargo analysis forecasting the industry will top $10 billion annually by 2017, and big tobacco companies angling to take three-quarters of the market, calls for regulation are growing louder.

R.J. Reynolds announced in February that its Vuse e-cigarette is sold at 100,000 retailers nationwide, and Altria is pushing its MarkTen e-cigarettes while spending millions to buy vapor companies. Altria announced Thursday that it will be working with Philip Morris International to research and develop e-cigarette products.

Anti-smoking groups are outraged that e-cigarettes skirt virtually all oversight.

The industry says e-cigarettes are a new technology that differs from traditional cigarettes and shouldn’t be forced to follow tobacco laws or pay tobacco taxes. E-cigarettes are battery-powered devices that heat liquid nicotine into an inhalable vapor.

The U.S. Food and Drug Administration is weighing regulations that would subject e-cigarette products to federal review and require health warnings on packages.

“Irrespective of the fact that there are small independent players, Big Tobacco is buying up this industry faster than I am speaking,” said California Sen. Mark Leno, D-San Francisco. Leno is pushing legislation that calls for e-cigarettes and its paraphernalia to be regulated as a tobacco product.

Leno said the coveted market for the industry is young people and he points to vapor solutions in flavors like bubblegum that target them. The California Department of Public Health says people 18 to 29 are three times as likely to use e-cigarettes as those 30 and older; the Centers for Disease Control says e-cigarette use tripled among middle and high school students from 2013 to 2014.

Proprietors say they do not target minors, instead focusing on claims that vaping helps smokers quit traditional cigarettes.

James Uy, 30, who manages Planet of the Vapes in Sacramento, said vaping has helped him reduce his nicotine use after having smoked a pack a day since childhood.

“Vaping gave me a little hope,” he said, standing near a display touting peanut butter crunch juice as the “flavor of the day.”

Blogs are filled with testimonials from longtime smokers who say they’ve kicked the habit. Adherents also tout the social environment of vapor bars, which serve as informal support groups. Some even use e-cigarettes in place of marijuana.

“Instead of always smoking weed I needed to have some flavor in my life, so I decided, OK, I’ll hit up vapes,” said Fallon Ferguson, 18, who said she has been vaping for about a year.

The industry offers a textbook case for studying the effects of government regulation.

On one hand, vaping is seeing unfettered innovation without the burden of bureaucracy. New products hit stores almost weekly. Proponents say vaping is experiencing a “technology boom,” and is much more Silicon Valley than hippy Haight-Ashbury.

“Products that we had two years ago are pretty much considered dinosaurs compared to what’s out right now,” said Scot Taylor, 26, who manages The Vapor Spot’s Sacramento location.

But self-regulation only goes so far. Supporters pride themselves on vigilante justice that calls out shady operators on message boards but acknowledge the rumors about unclean products made in bathtubs and garages.

“I wouldn’t be mad if they’re going to regulate the juices,” Uy said.