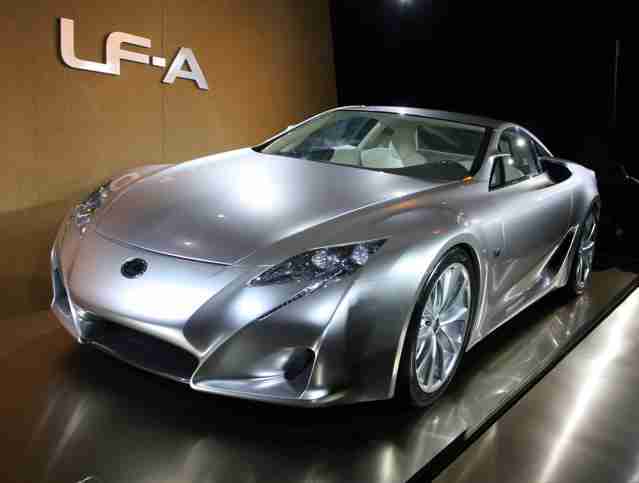 Gopal Raghavan of Thousand Oaks, California, filed a petition with the National Highway Traffic Safety Administration alleging that his 2009 Lexus ES350 luxury sedan surged suddenly in a parking lot, crashing into some bushes and smashing the front of the car. The agency says in documents posted Monday that it will review the petition and decide whether to open an investigation.

It’s the latest in a string of claims that Toyota vehicles can accelerate on their own dating to 2009. Complaints have brought investigations and recalls totaling 10 million vehicles as well as multiple lawsuits and a $1.2 billion penalty for hiding information from NHTSA.

The recalls were for mechanical problems _ faulty brakes, sticky gas pedals and floor mats that could trap the accelerator. But although Toyota has denied it has problems with electronic throttle controls, allegations of problems have lingered.

Raghavan, who wrote that he works in the semiconductor industry, alleges that the Lexus engine suddenly started roaring while his wife was driving in a parking lot in February, even though she didn’t press the gas pedal. He provided event data recorder information from his and two other vehicles showing that the accelerator position didn’t change, but the engine revolutions per minute surged. All three vehicles were traveling 3.7 miles per hour when the surge occurred.

In Raghavan’s case, the event data recorder showed the gas pedal position sensor didn’t change, but the engine revolutions per minute doubled 1.6 seconds before the crash, from 400 to 800. No one was hurt in the crash, and his wife shut off the ignition, Raghavan wrote.

Toyota inspected the car and determined that there was no evidence of a manufacturing or design defect, according to his letter.

Raghavan wrote that a witness confirmed that the engine surged, and that Toyota dismisses such claims with improper analysis.

“It appears that the accelerator is either calculating an incorrect accelerator value or receiving a noise spike on the accelerator sensor,” he wrote, asking NHTSA to do a more detailed analysis of the cars’ hardware and software.

The agency said in documents that the Lexus inquiry covers approximately 42,833 ES350s from the 2009 model year.

In May, NHTSA rejected a Rhode Island engineer’s request for a similar investigation after his wife got into a crash in a 2010 Toyota Corolla. The agency said it put over 2,000 miles on the man’s car but could not find any problems with the throttle or transmission systems.

Investigators also checked 163 similar unwanted acceleration complaints filed with NHTSA involving Corollas but found that in most cases, drivers pressed the gas instead of the brake, pressed both the gas and brake, or braked too late.