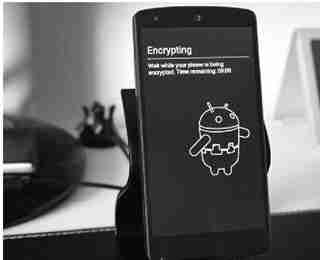 WASHINGTON – FBI Director James Comey warned again Tuesday about the bureau’s inability to access digital devices because of encryption and said investigators were collecting information about the challenge in preparation for an “adult conversation” next year.

Default encryption built into smart- phones is “making more and more of the room that we are charged to investigate dark,” Comey said in a cyber-security symposium.

The remarks reiterated points that Comey has made repeatedly in the last two years, before Congress and in other settings, about the growing collision between electronic privacy and national security.

The Justice Department decided not to seek a legislative fix, and some of the public debate surrounding the FBI’s legal fight with Apple Inc. has subsided in the last few months since federal authorities were able to access a locked phone in a terror case without the help of the tech giant. But Comey made clear that he expects to continue the dialogue. “The conversation we’ve been trying to have about this has dipped below public consciousness now, and that’s fine,” Comey said. “Because what we want to do is collect information this year so that next year we can have an adult conversation.”

The American people, he said, have a reasonable expectation of privacy in houses, cars and electronic devices – but he argued that right is not absolute.

“With good reason, the people of the United States – through judges and law enforcement – can invade our public spaces,” Comey said, adding that that “bargain” has been at the heart of the country since its inception.

Comey spoke at a symposium organized by Symantec, a software technology company.

He also defended the Justice Department’s decision to bring indictments against Chinese and Iranian officials in major cyberattack cases, arguing that that tactic will make them think twice before traveling.