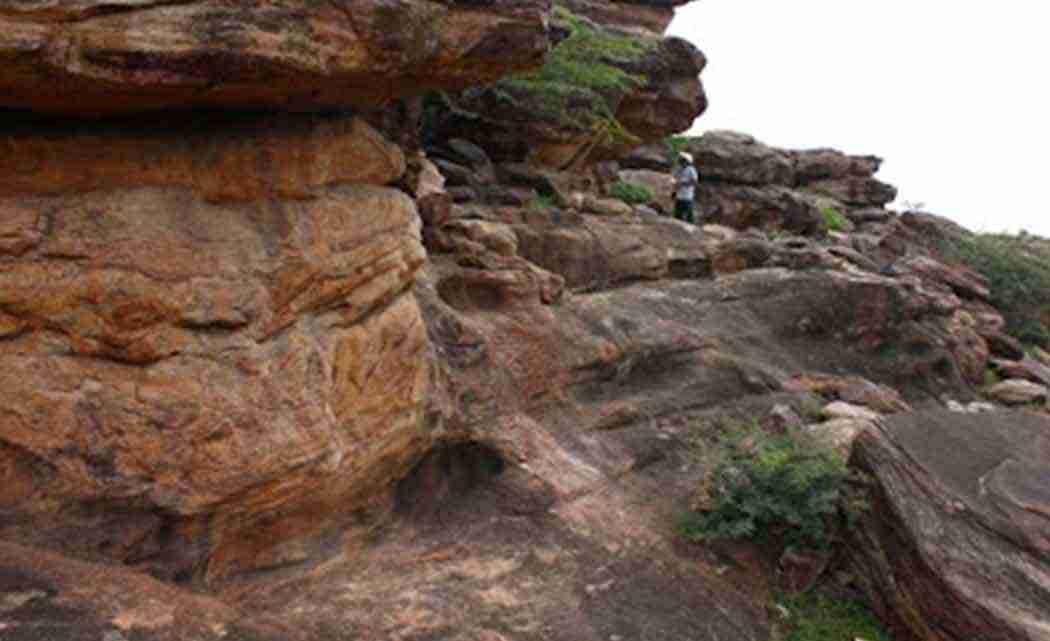 GREAT FALLS, Mont. (AP) _ Cutting-edge archaeological work that included use of a drone and prescribed fire has unearthed previously unknown information about a one-of-a-kind Native American archaeological site in northeastern Montana dating back thousands of years.

Among the new findings at the prehistoric site are rock alignments that probably had religious meaning to Native Americans, said Josh Chase, a Bureau of Land Management archaeologist.

“Basically, everything you can see archaeologically speaking on the northern plains is contained within 300 acres,” Chase said.

The findings will help the agency better study and manage the unique location, Chase said.

The project also has given archaeologists new information on how prairie fires interact with cultural resources that can be applied to other locations, he added.

First, a prescribed fire was set April 16 to clear vegetation from the stone formations, leaving the ground black.

Then, on April 28-30, flight coordinates were punched into the software of a 21/2-foot-tall drone, which buzzed over the site at 300 feet, taking pictures and creating a three-dimensional map.

The unmanned aircraft looks more like a barbecue grill with gizmos on it _ it has no wings _ but its accuracy is unparalleled, Chase told the Great Falls Tribune (http://gftrib.com/1ANcBqx).

“I think it’s a spectacular piece of technology, and I think we’re on the cutting edge of managing cultural resources by utilizing it,” Chase said.

It was the first time the BLM used an unmanned aircraft to document cultural resources on the northern plains, Chase said.

It also was the first time a land management agency used a prescribed fire in concert with a drone within the confines of a cultural site, he said.

Since the 1960s, it’s been known that the site contained a buffalo jump, Chase said.

The fire cleared obscured areas, revealing the true significance of the site.

“We knew there was a large-scale archaeological site, but not necessarily the intricacies of it,” Chase said of the results.

A collection of rock formations with both anthropomorphic and zoomorphic features, meaning they resemble either humans or animals, were among the findings.

Piles of rock known as cairns also were discovered. The alignments, which resemble multiple medicine wheels, indicate they are religious in nature.

Over time, the area could have turned into such a significant religious site because of the successful buffalo hunting that occurred there, Chase said.

Multiple “drive lines,” made up of a series of rock piles and used to herd bison to the kill site, also were recorded.

“The vegetation obscured so much of it that basically none of the features in the uplands were formally recorded before,” Chase said.

The preserved plot of prehistoric prairie life dates to the Avonlea period, making it many thousands of years old, Chase said.

Sites can be traced to a specific period of time based on the type of projectile points or diagnostic artifacts that are discovered, Chase said. That’s because the artifacts are known to have been produced during certain periods, much the same way vehicles such as the Model T were produced only during a certain time frame.

Future research may tie the site to a particular people or tribe, but who used it isn’t known at this time, Chase said.

“Now we’re processing data,” Chase said. “Who knows what new things we’ll learn out of it. I think this site is going to yield significantly more.”

Typically, there is one or two features at an archaeological site, maybe tepee rings or cairns, Chase said. In this case, multiple features associated with the buffalo jump and the religious site are present.

“The representation of all that stuff in one site boundary is exceedingly rare and unique,” he said.

Chase said he had never seen another one like it.

Once the fire did its work, the drone documented the newly exposed site.

The only other way the agency could have obtained the same information would be using an airplane or helicopter, but the drone was significantly less expensive and more accurate, Chase said.

Using traditional survey methods at a site so large and complex would have quickly become overwhelming, he added.

The Missoula Fire Sciences Laboratory was on hand for the prescribed fire.

Temperature sensors were placed on mock bone and stone cultural artifacts within the burn area to measure how hot the fire burned.

Most of the current knowledge of how fire interacts with cultural resources is based on heavy fuel, high temperature and long duration fires associated big timber forest fires, Chase said. Prairie fires burn fast, and at lower temperatures.

The Henry Smith fire has given managers new insights on how prairie fire reacts with cultural sites that will now be available for state and federal land manages to gauge potential threats of wildfires to cultural sites in other locations, Chase said.

“It worked famously,” Chase said of the burn work.

Results of the entire project will be submitted to the State Historic Preservation Office and tribes for their comments. The information will be presented at a professional archaeological conference, and published in a scientific journal.