THE SUV GOES FROM ALL-AMERICAN TO GLOBAL STAR 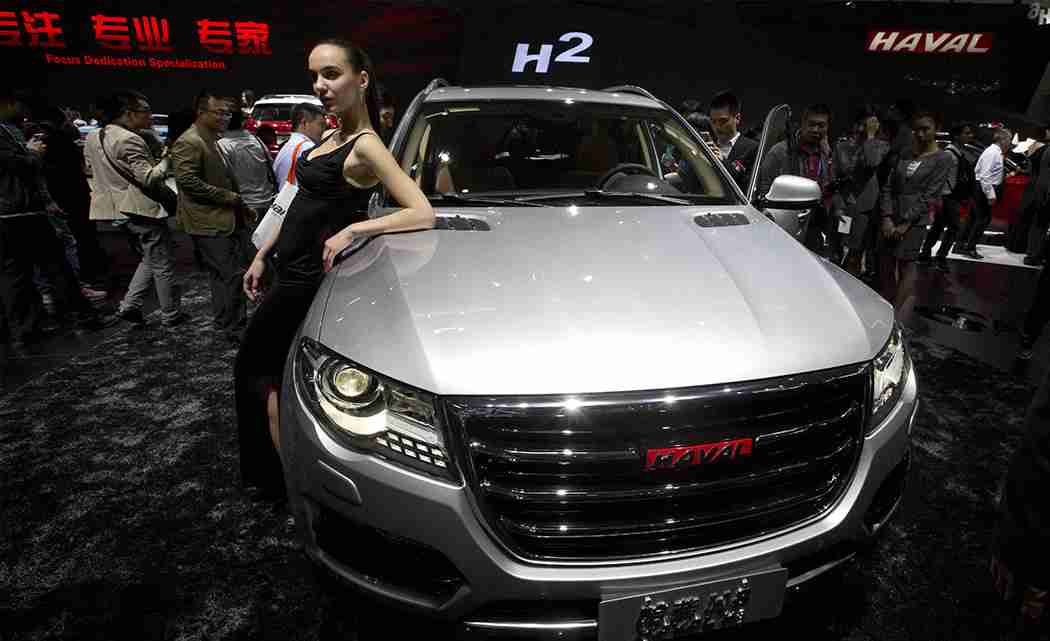 DETROIT (AP) – Once a hulking symbol of American excess, sport utility vehicles are quickly becoming the world’s favorite way to get around.

It’s a surprising rebirth for a vehicle that was the subject of obituaries when gas prices spiked in 2008. Automakers won back customers by making smaller, more fuel-efficient SUVs that also appealed to newly wealthy buyers in Asia and South America and former skeptics in Europe.

Indian drivers want SUVs to navigate rough roads. In China they’re a status symbol. European and American Baby Boomers buy SUVs because they’re easier to climb in and out of. Upwardly mobile Brazilian families like their spaciousness. Cheaper subcompacts like the Renault Duster are bringing in customers who couldn’t afford SUVs before.

Earlier this year, SUVs overtook four-door sedans for the first time as the most popular vehicle for individual buyers in the U.S. By 2018, analysts expect China to be the biggest market for SUVs in the world.

“The SUV genie is out of the bottle. They’ve been discovered by enough people that you’ll never put them back,” says Karl Brauer, a senior analyst with the car buying site Kelley Blue Book.

Global SUV sales rose 88.5 percent between 2008 and 2013, to 15.7 million, according to IHS Automotive. That was three times faster than auto sales as a whole. By 2016, IHS predicts annual SUV sales will total 20.1 million, or about one of every five vehicles sold.

Automakers are finding some surprising converts. France – where environmentalists used to roam the streets slashing SUV tires – is second only to China in the growth of SUVs, with sales up 220 percent since 2008, according to Ford. Turkey is third.

Parisian Laurent Azoulai, 58, bought an all-electric subcompact SUV – the BMW i3 – in July.

“I used to have Mercedes and Renaults but I liked this because I only need it for city driving,” he said. “It’s small, and it’s electric, and I can’t stand pollution.”

Shrinking the SUV – and making it more fuel efficient – was the key to saving it. In 2008, less than half of SUVs sold worldwide were small, and customers had fewer choices. Twenty percent were large SUVs like the eight-passenger Cadillac Escalade, which defined the segment decades ago but had limited audiences outside North America.

Seeing the unmet demand, companies started making small SUVs that were even more nimble and efficient. Subcompact SUVs like the Chevrolet Trax – which is shorter than a Toyota Corolla – were born.

It worked. Sales of small and subcompact SUVs like the Toyota RAV4, Buick Encore and Ford EcoSport have more than doubled worldwide since 2008. New subcompact SUVs from Jeep, Honda, Fiat and others will arrive in showrooms soon and keep the growth going. Small SUVs now make up 58 percent of all SUV sales worldwide; the share of large SUVs has fallen to 12 percent.

The new crop of tiny SUVs is small enough to appeal to buyers in emerging markets but nice enough for downsizing buyers in Europe and North America. That’s good for automakers, who save money by designing one vehicle that suits many different customers.

Owners who switch have a hard time going back to cars. Mo Mard, 56, a retired investment banker who lives in O’Fallon, Missouri, drove a 2003 Toyota RAV4 for 11 years. Six months ago, she traded it in for a Honda Accord sedan, thinking she’d like something a little sleeker.

She was immediately sorry. Mard missed sitting up high, and she wanted more room for her garage sale treasures. She also found it harder to ferry around her 90-year-old mother, who has trouble getting in and out of cars. In September, she traded the Accord for a Honda CR-V.

With smaller size comes better fuel economy, another lure for buyers. The Trax is expected to get 34 mpg on the highway, which is better than many midsize cars. The diesel-powered version of the Ford Escape, called the Kuga, gets better fuel economy than a Toyota Prius hybrid.

China is seeing the fastest growth by far, with SUV sales up 480 percent since 2008 to 3.7 million last year, or around 20 percent of China’s total vehicle sales.

Chinese customers are increasingly using their vehicles for travel beyond their daily commutes, and they need vehicles that can handle rough roads.

Beijing businessman Luo Ge drives an Audi sedan or a Mercedes SUV to work. But on weekends, he runs a car club with 11 Jeeps, which he takes into the desert so members learn to drive on rough terrain.

“It was quite cool,” he said. “Most men have a complex for military stuff and the real outdoors. The Jeep met that need.”

More typical is Zhang Xinyao, 32, an IT worker in Beijing. She used to drive a small car, a Chinese-made Suzuki Alto, but wanted something bigger and safer after having a child. In 2012, she bought her first SUV, a Kia Sportage, for $28,600.

That’s more than U.S. buyers pay, since China has higher import duties. But it’s not unusual for SUV buyers to pay a premium. U.S. buyers stretch their finances more to buy an SUV than any other kind of vehicle, says Jim Farley, Ford’s marketing chief.

“It means adventure and freedom, even a sense of optimism,” Farley says. “That emotion of owning a utility, for me, is as intense as owning a luxury product.”

Three decades ago, bare-bones SUVs like the Toyota 4Runner and Ford Bronco were mostly used by off-roaders. They had more utility – and less refinement – than most drivers needed.

The seven-passenger Ford Explorer, introduced in the 1991 model year, changed that by emphasizing style and comfort. It was the first SUV that was equally at home navigating mountain trails or grocery store parking lots, Brauer says.

Europeans were slow to accept SUVs, which guzzled too much gas and were harder to maneuver on narrow streets. The subcompact Nissan Qashqai changed their minds after it went on sale in late 2006, says IHS analyst Carlos DaSilva. The Qashqai was designed in London for Europeans who wanted something spacious but less aggressive than a big SUV.

The Explorer – prematurely laid to rest by some critics last decade – is now Ford’s most-exported vehicle. Ford expects to make around 280,000 Explorers this year at its 90-year-old plant in Chicago. Around 40,000 of those will be exported to Canada, Mexico, China, South Korea and the Middle East. Last year, Ford started making Explorers in Russia to meet growing demand there.

Next post US PENDING HOME SALES RISE MODESTLY IN SEPTEMBER