Is Florida moving too slow to save the Everglades? 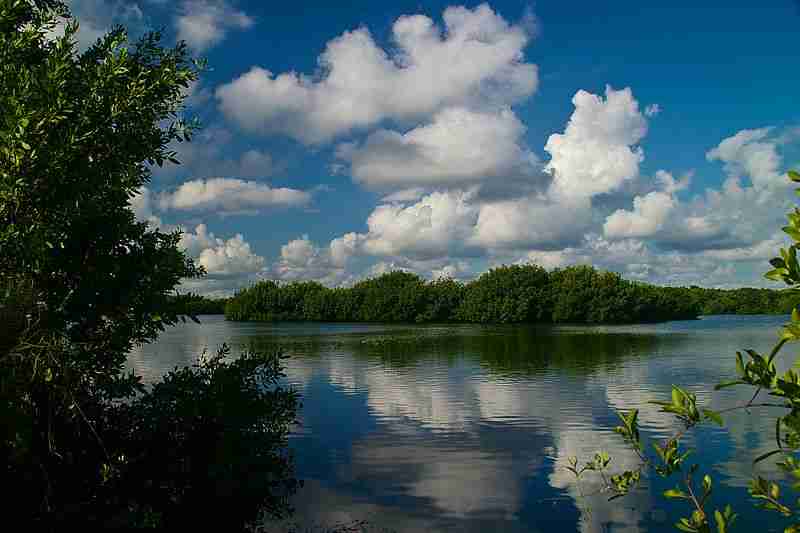 FLORIDA CITY, Fla. (AP) – Zooming over the vast Everglades in a helicopter, it’s easy to see how much work is being done to revive the wilted watershed:

Newly restored bends in the Kissimmee River are resurrecting floodplains and wetlands to clean and slow the flow of dirty water running from farms and cities into Lake Okeechobee. Reservoirs are underway east and west of the lake to hold more water. To the south, sprawling treatment areas to scrub pollution from farm runoff water were expanded last year. Of 26 massive culverts needed to shore up the lake’s aging dike, 21 are under contract. And new and reconfigured canals began delivering more water in 2016 than ever before to Everglades National Park. To name a few.

But at ground level, the view is far different, with sides squared off in bitter fight over just how much remains to be done, and at what pace.

For the second year in a row, a proposed $2.4 billion reservoir included in original plans and envisioned somewhere in the sugar fields that now dominate the landscape south of the lake is taking center stage. State Senate President Joe Negron, his Treasure Coast constituents repeatedly hammered by dirty water from Lake Okeechobee, and environmentalists want to speed up its construction by years. Gov. Rick Scott and farmers, however, see the reservoir as a job-killing land grab and say efforts should focus north of the lake, where water storage projects are already underway.

The National Academies of Sciences also issued a dismal assessment earlier this year, citing problems that have dogged the $16.4 billion state-federal restoration project almost since its inception in 2000: bureaucratic creep and chronic underfunding.

Of the 68 projects originally envisioned, only six are under construction. None are fully done. At the current pace, the academy reported, fixing the Everglades will take another 100 years.

“We’re now at 16 years and we’re having a difficult time walking and chewing gum at the same time,” said Stephen Davis, a wetlands ecologist with the Everglades Foundation.

Rep. Matt Caldwell, R-North Fort Myers, who organized last week’s helicopter tour for reporters from the Miami Herald and Politico, said it makes no sense to rush construction of a massive reservoir until other projects needed to move water into the marshes are completed.

“The science builds on itself; that (reservoir) and all the projects that are at the end are keystones,” he said. Caldwell also questioned why the state would buy out farmers when it already owns so much other land south of the lake in water conservation areas that make up much of the marsh outside of Everglades National Park.

“You’ve got land,” he said. “You could build a reservoir in the water conservation areas. That’s sacrosanct to some folks. But if we’re just being honest, it’s not the Everglades. It’s wonderful and I enjoy it, but we created the water conservation areas. That’s former farmland that we turned back into marsh in the ’60s, so if I could just build a reservoir today and spend half as much, I could put it there on 60,000 acres.”

So why are the Everglades, once encompassing 3 million acres connected by a shallow river snaking across sawgrass prairies, such an intractable problem? From high in a helicopter, it’s easy to see: 500,000 acres of sugarcane fields and western suburbs now sit between the lake and marshes to the south. Restoration projects happen on a landscape-altering scale, consuming thousands of acres and involving some of the toughest issues in government: property rights, environmental protection and endangered species.

Over the years, the academy scientists say revisions have shorted water storage – a central feature in the original plan and expected to have the biggest price tag. To work, original plans called about 1 million acre feet more of storage, which represents about two feet of water in Lake Okeechobee. Current plans only provide 364,000 acre feet.

But in this year’s NAS report, scientists say those original estimates might be vastly underestimated and cited other reasons that the storage estimates might be inadequate. The high level of pollution in Lake O will likely require more capacity to clean water than previously thought. And a sprawling network of wells to store water in the aquifer was downsized by more than half after an 11-year study. Water storage calculations also need to accommodate changing sea levels triggered by climate change.

As with all things Everglades, things got nasty when the scientists suggested updating the comprehensive plan to address the shortfalls.

“The Committee’s recommendation is saturated in self-interest,” the district said in a statement about the team that included a Yale hydrologist and the water district’s former chief scientist. “It solely benefits the Committee’s agenda to order more studies, when South Florida is in need of serious action.”

To be fair, even critics acknowledge that work by the district has picked up considerably in recent years in part because of a 2012 settlement Scott signed with the federal government to resolve long-running pollution lawsuits. Now dubbed “Restoration Strategies,” the project calls for the cleanup work to be finished by 2026.

Last year, Congress approved another major component, the Central Everglades Planning Project, drafted by the U.S. Army Corps of Engineers, the district’s federal partner in restoration. The suite of projects is designed to deliver more water south – a step that will require the Corps to finish long-delayed work to fix the old flood control system erected decades ago that helped cut off water to Everglades National Park. That work, the Modified Deliveries project, calls for more bridges along the Tamiami Trail and needs to be in place before the newly approved group of projects.

A record-breaking wet winter last year also led the district to tweak projects that put more water in the park, where decades of drying out are threatening valuable mangroves and peat that help protect Florida’s water supply.

But that progress hasn’t stopped the perpetual debate over restoration plans. Adding to the confusion in this year’s debate, the water management district and environmentalists actually agree on the need for a reservoir south of the lake.

“The District has clearly stated (as is well documented in the CERP) that we need storage north and south of Lake Okeechobee – as well as East and West,” district scientist Paul Warner said in an email.

But when it gets done and how big it is has the two sides at fierce odds. A bill backed by Negron, a Stuart Republican, would require the district to buy $1.2 billion in land from willing sellers or exercise a land purchase option negotiated by former Gov. Charlie Crist in an ambitious plan that initially called for buying 180,000 acres – all the fields owned by the U.S. Sugar Corp. In 2010, the district bought 26,800 acres, but in 2015 rejected a purchase option for 46,800 acres. An option to buy the remaining land expires in 2020.

U.S. Sugar and other politically influential growers are pushing hard to derail the Negron plan. And the district says the state needs to stick to a plan hammered out this year that starts reservoir work in 2021 – with the location and size yet to be decided. The existing schedule also focuses efforts north of the lake, away from land owned by powerful sugar companies. District governing board members have also argued that storage to the north allows them to better control the flow of water into the lake, which fills up six times faster than it can be emptied.

This week, the district also drew attention to an old solution long on the books but now coming up for planning under the schedule: deep wells that dump water in the Floridan aquifer north of Lake Okeechobee. The wells, called ASRs for Aquifer Storage and Recover, were originally conceived as a vast network that would provide the bulk of storage for restoration, with more than 300 ringing the lake and in clusters near the Caloosahatchee basin and along the eastern edge of water conservation areas. After an 11-year study, the U.S. Army Corps of Engineers determined that drilling so many would likely create problems with pressure inside the wells and cut the recommended number to 131.

Scientists also say the chemistry can change in stored water, posing a risk to plants and animals. In 2015, the NAS recommended more research on those effects before using the technology.

Environmentalists, and residents of the Treasure Coast who repeatedly endure foul water when the lake is flushed, say the reservoir should be started now. Otherwise, all the other projects won’t have the water needed to revive the historic system that stretches all the way south into Florida Bay – where more than 25-square miles of seagrass died after a 2015 drought.

“Of course, you don’t want to build the reservoir before you have all this conveyance, but it has to be in the queue so that when other elements come on line, you’re poised to flip the switch and start getting immediate benefits,” said Davis of the Everglades Foundation.

Supporters also worry that if that option to buy sugar land struck by Crist expires, the state will never be able to buy the huge expanse it needs. The proposed bill calls for the district to negotiate with willing landowners. If none are found, then the district must exercise its option on the sugar land.

Although U.S. Sugar once agreed to sell its land, it now fiercely opposes it, spinning the move as a land grab by big government, environmentalists intent on wiping out Big Sugar and rich Treasure Coast residents indifferent to the fate of small farmers.

But much of the land Negron originally targeted is owned by corporate farms, not small farmers. And many sugar jobs were replaced years ago by mechanized farming and more efficient mills. Negron has wants to pay for the reservoir with money from 2014’s Amendment 1, which is supposed to be reserved for purchasing environmental land. Lawmakers are currently being sued by environmental group for spending much of the $700 million collected last year on state salaries, risk management insurance and other administrative issues.

“There’s no single project that will put an end to the discharges,” Davis said. “There’s no silver bullet. But when have a suite of projects, you should be looking at those that provide the greatest overall benefits. . When you add the benefits to Florida and Biscayne Bay and water supply to 6 million people on the east coast, it’s a slam dunk.”