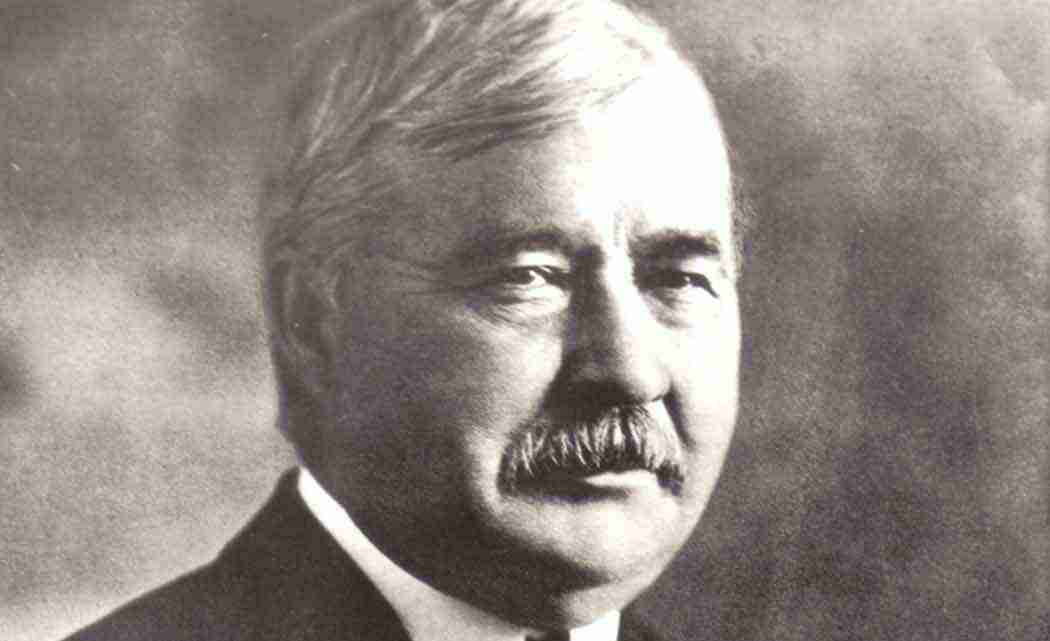 KOKOMO, Ind. (AP) _ The 75th class of the Automotive Hall of Fame will feature one of Kokomo’s greatest innovators.

Elwood Haynes, the co-founder of the Haynes-Apperson Automobile Company and producer of the first commercially built car in America, was announced as one of four members of the class earlier this month.

He will be inducted during an awards and gala ceremony on July 23 at the Detroit Marriott at the Renaissance Center in Detroit. Haynes will be joined in the class by Luca di Montezemolo, former chairman of Ferrari; Roger Penske, founder and chairman of Penske Corp.; Ratan N. Tata, chairman emeritus of Tata Sons; and Rodney O’Neal, former CEO and president of Delphi Automotive.

Haynes is perhaps best known for his creation of the Pioneer, which he first test drove down Pumpkin Vine Pike, which is now Boulevard, on July 4, 1894.

Known as the “Father of the Natural Gas Industry” in Indiana, Haynes’ innovations covered a wide spectrum of the automotive industry and beyond, discovering an alloy made of pure chromium and pure nickel, which allowed him to begin commercially producing automobiles under the Haynes-Apperson logo in 1898.

Elwood Haynes Museum Curator Tim Rivers, who nominated Haynes for the honor, said this was the second time Haynes had been nominated for the Hall of Fame, with the first attempt coming up short in 2010.

Rivers said Haynes was deserving of the recognition, not just for his contributions to the auto industry, but as a metallurgist, inventing the metal alloys stellite and martensitic stainless steel, which are still commonly used today.

“Elwood Haynes did not feel his automotive innovations were his most significant contributions to society, it was his metals,” he said. “They were used in many applications outside of the auto industry, and were significant in the industrial age in general. Stainless steel and the nickel-based alloys were vital to the evolution of the automobile. Stellite is probably used more now in aerospace than automobiles, although high-performance parts and valves lend themselves well to that.”

The nomination process took a little more than a month from start to finish, Rivers said, resulting in a 140-page binder he and Jeff Griffin, director of the Purdue College of Technology, compiled consisting of newspaper and magazine articles, letters and Haynes’ patents.

Overall, the pair went through an extensive collection of around 15,000 business and personal correspondence, as well as documents including letters from a number of United States presidents and automotive innovator Henry Ford.

“Quite frankly, the biggest issue was determining what not to send them,” he said. “We examined the nomination criteria and systematically went through the process.”

While Rivers acknowledges he might be biased, he considers Haynes to be in the top-tier among the City of Firsts’ greatest innovators.

“He was referred to as Kokomo’s first citizen,” he said. “He was well-respected and beloved as a genuine and kind human being and as a role model.

“As far as where he’d rank among innovators in Kokomo, I would say he is at the top,” he added. “There was a lot of innovation, certainly from the Apperson brothers and George Kingston. I believe what separates him was the wide spectrum of his contributions to the automotive industry and beyond.”

Griffin believes the recognition for Haynes is long overdue, celebrating an innovator who sold alloys to major automobile companies like Ford in addition to alloys that were used in space travel.

“I think it’s long overdue,” he said. “He was one of the fathers of the auto industry who doesn’t get recognition very often.”

Griffin has owned two of Haynes’ automobiles, including the renowned 1922 Haynes Tourister, which will be on display at the induction banquet.

“He did a lot of patenting that was used by other companies,” Griffin said. “A lot of his cars were using cutting edge technology for that time. The 1922 Tourister is one of the largest cars he produced and it’s got a 75-horsepower motor in it. It was capable of traveling 70 mph, which was quite an accomplishment for a car back in 1922.”

In 1893, he began planning to build the Pioneer and ordered a one-horsepower marine upright, two-cycle gasoline engine from the Sintz Gas Engine Company of Grand Rapids.

A year later, Haynes took his idea to the Riverside Machine Works, where Elmer and Edgar Apperson worked. Together they formed the Haynes-Apperson Automobile Co. in 1896 in Kokomo, with Edgar Apperson serving as the chief engineer and designer for the company.

In addition to the first commercially built car, Haynes also discovered an alloy to make a durable spark plug electrode in 1899.

Kokomo Mayor Greg Goodnight, who also was involved in the nomination process by meeting with officials from the Hall of Fame back in February, said the recognition was well-deserved.

“Obviously we’re excited and think it is recognition probably long overdue,” he said. “But it’s obviously well worth the wait.”

Goodnight said Haynes’ impact on Kokomo extends beyond his innovations today with Haynes International and the city’s Fourth of July Haynes-Apperson Festival.

“He would have to be at the top, or if not the top, he’s in the top three or four (innovators),” Goodnight said of Haynes’ place in Kokomo lore. “I would say that many of the things he stood for and supported are still big parts of our community today.”