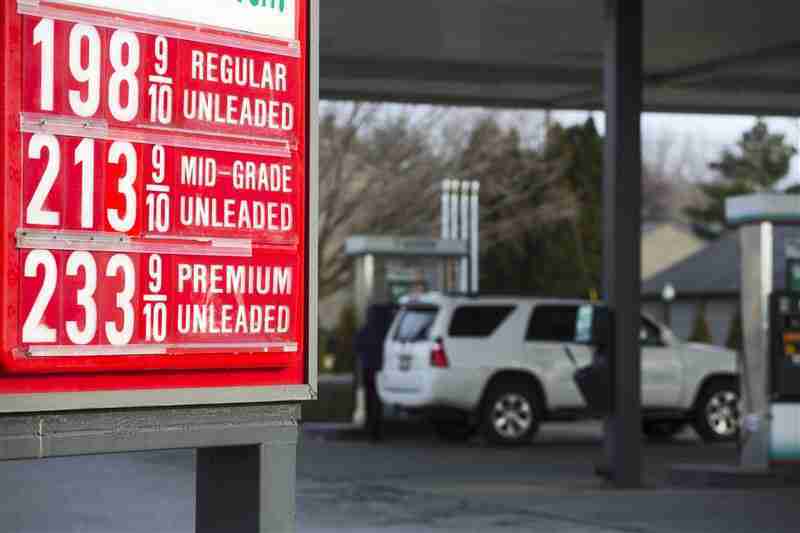 By ADAM WILMOTH
The Oklahoman

OKLAHOMA CITY (AP) _ Not everyone is excited about low gasoline prices.

With a gallon of fuel discounted more than $1 from a year ago, demand for compressed natural gas and other alternatives has tumbled. With lower gasoline prices, the savings from using CNG shrinks, making it harder to justify the premium paid to convert a vehicle to run on natural gas, The Oklahoman (http://bit.ly/1F1C1G0 ) reported.

Despite lower demand today, Steckman said he expects the industry to pick up again soon.

“It’s fool’s gold. It’s not going to last,” he said of low gasoline prices. “If you’re a fleet director or anyone who needs to budget fuel costs, you can’t do that with gasoline. It’s impossible. It’s so volatile. But with natural gas, if you look at it over time, natural gas has been a steady line. There’s no fluctuation in it.”

Heartland has remained busy this year, largely because of contracts to convert state vehicles. While he’s thankful for the government business helping keep his shop open, Steckman is looking for other ways to make money until gasoline prices recover.

“Once the state’s done with its conversions, that will slow down for a while,” he said. “That’s why we want to develop products and innovate and not just wait for people to come to us.”

That desire for innovation has led Heartland to develop a new CNG tank storage cabinet designed for Ford F550 flatbed trucks, which are popular with the construction industry and other heavy-duty users.

The cabinet is designed to release heat quickly, allowing the tanks to accept more CNG during refueling. The design also allows tanks to be installed and inspected more easily, while keeping high-pressure systems encased securely.

The system also allows for an outgoing fuel hose capable of transferring a few equivalent gallons of CNG from the truck’s large tanks into a car or other vehicle.

“CNG deserves to be more than just an afterthought,” Steckman said. “We designed our cabinet for functionality.”

Heartland will unveil the new cabinet next week at the Alternative Clean Transportation Expo in Dallas. Besides helping Heartland’s conversion customers in Oklahoma, Steckman hopes to sell the new cabinets to CNG conversion companies throughout the country.

“This gives us a larger national recognition,” Steckman said. “If a part we engineered and put out is on the road in California, it adds recognition to Heartland. So when bigger fleets throughout the country start looking at what they’re going to do, it gives us a chance to get into that playing field.”

Oklahoma City-based Sparq Natural Gas has faced similar challenges over the past few months as it has worked to help companies grow their CNG businesses in a low-gasoline-price environment. To deal with the downturn, Sparq has narrowed its focus to states like Oklahoma and Colorado that provide tax incentives for using CNG and to tractor-trailers and other heavy duty vehicles and applications.

Sparq also is hoping to take advantage of the downturn to buy or partner with other CNG companies.

Retailers followed by adding CNG to gas stations, propelling the state to No. 2 behind only California in the number of public CNG fueling stations.

Stillwater-based OnCue Express offers CNG at 16 of its stations, with seven more CNG sites planned or under construction.

“We have definitely seen a downturn in the CNG volume over the last three or four months,” said Scott Minton, OnCue’s CNG business development manager.

While OnCue is working to support the CNG market in Oklahoma, the company still sells much more gasoline than CNG.

Despite lower demand for CNG today, OnCue continues to add the fuel to its new and existing stations.

“We take a long-term perspective and aren’t focused just on what’s going on this month or next month,” Minton said. “Fleets have to look at the price of fuel over the next five years. Over five years, CNG saves $1 or $2 a gallon. If gasoline goes back up and you’ve only budgeted for $2.20 a gallon, you’re in a lot of trouble.”