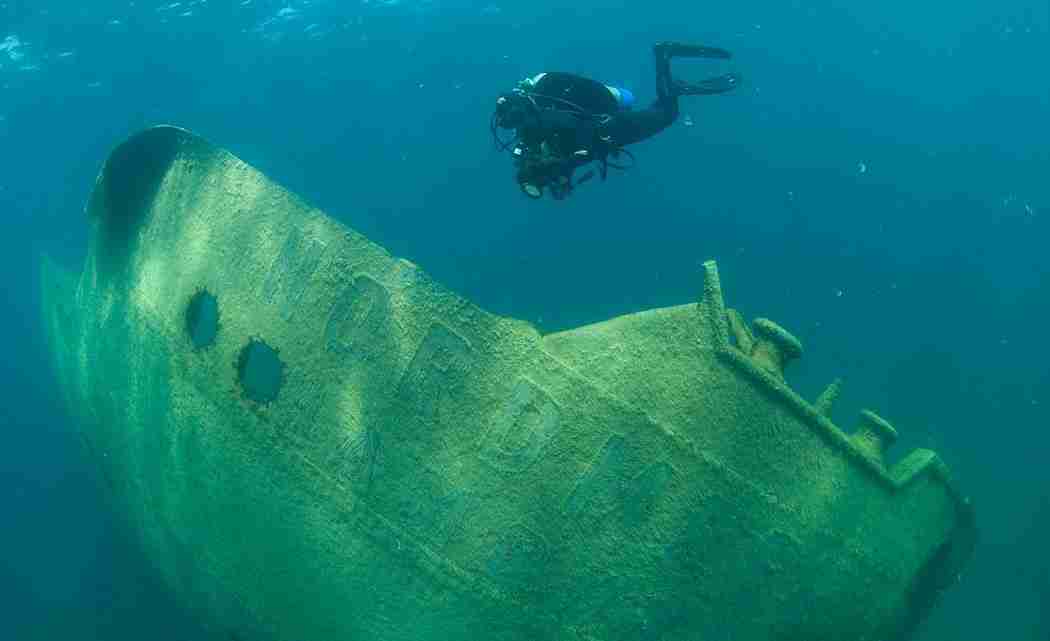 DETROIT (AP) _ Thunder Bay National Marine Sanctuary in Michigan is rolling out the buoys and starting another season of work on Lake Huron _ the highlight of which is searching for and studying shipwrecks.

This year, there’s far more real estate to investigate: The sanctuary in northern Michigan secured federal approval to expand its size by nearly tenfold, from 450 square miles to 4,300 square miles.

“We’re building large data sets _ eventually, we hope, of the entire area,” sanctuary superintendent Jeff Gray said. “That data is great as we find these wrecks, which are some of the best preserved wrecks in the entire world.”

Sanctuary officials estimate the expanded territory, which incorporates waters off Alcona, Alpena and Presque Isle in the northeastern Lower Peninsula to the maritime border with Canada, doubles the number of shipwrecks it can explore to roughly 200.

Even more Great Lakes shipwreck protection and exploration could launch in the years ahead as other regions seek to join Thunder Bay, the only freshwater national sanctuary. Wisconsin officials, for instance, have applied for their own sanctuary on Lake Michigan with Thunder Bay’s support.

Once known as “Shipwreck Alley,” Thunder Bay is accessible to divers, swimmers, boaters and paddle-boarders who can view some of the wrecks in shallow, clear water.

Among the better-known wrecks is the Isaac M. Scott, a coal carrier that sunk in the Great Storm of 1913, which scuttled 11 vessels in 16 hours and killed 150 mariners. Another is the New Orleans, a wooden side-wheeler that hit a reef on a foggy night in 1849; all 300 aboard were rescued.

For the undiscovered or unexamined wrecks, Gray said teams perform “high-definition mapping” using side-scan sonar. Before advances in technology, the workers were “interpreting blobs,” he said, but now “you’re practically looking at photos.”

The mapping “also tells us what the bottom . is like, where fish could be living, where they could be coming back to lay their eggs. And also about the geology, the hydrology of the lake as well,” he said.

The expansion approved last year was a long-sought coup for the sanctuary, which was created in 2000 and is managed by the National Oceanic and Atmospheric Administration and the state of Michigan. Now, officials in and around the Lake Michigan shoreline community of Sheboygan, Wisconsin, seek to establish their own.

Backers of the Wisconsin National Marine Sanctuary, which is undergoing an environmental impact study, say they have gotten support and inspiration from Thunder Bay. They see a similar opportunity to preserve and explore scores of shipwrecks in an 875-square-mile area while boosting education, economic development and tourism.

Leslie Kohler, chairman of the Sailing Education Association of Sheboygan, said she and other members of Wisconsin’s sanctuary steering committee have visited Thunder Bay and Gray was recently in Wisconsin for a community presentation about sanctuaries.

“They’ve got a great facility,” Kohler said of Thunder Bay. “If we could do a job like that, we think it would be marvelous.”