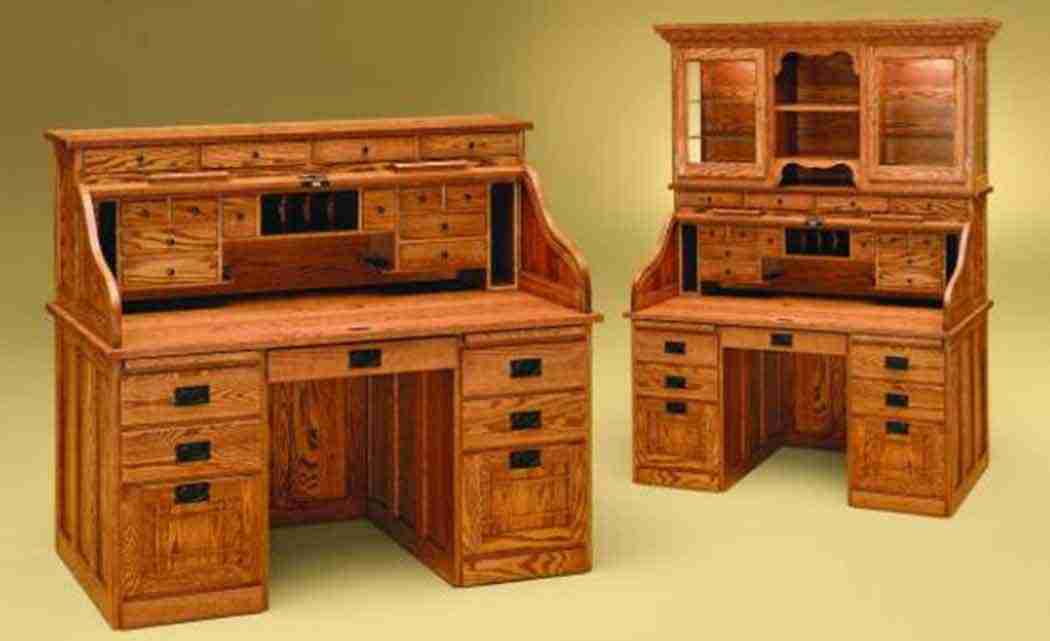 SARASOTA, Fla. (AP) _ Jim Miller and his wife, Linse, have found a unique business niche, one that makes perfect sense when you think of Sarasota as a southern outpost for the nation’s Amish and Mennonite communities.

Miller, a former Mennonite pastor in Sarasota, and his wife have become the largest Internet-only marketers of Amish-made furniture.

Operating as JMX Brands from offices in east Sarasota, and with no showroom, they are now taking more than $6 million a year in orders that they route to 190 Amish craft shops, mostly furniture makers in Indiana, Ohio and Pennsylvania.

Many of these factories have no telephones or computers, in keeping with the Amish tradition of living simple lives free of technological distractions.

The lack of voice and email communications made it tough for the Millers to set up their business. But now it helps discourage potential competitors.

Sarasota’s history as an Amish resort dates back to the 1920s and, like many other Florida transplants before them, the Millers were following in their parents’ footsteps when they came to Sarasota in the 1990s.

He had graduated from Goshen College, a well-known liberal arts college associated with the Mennonite Church USA, and took a job here as an assistant pastor. He later moved to another Mennonite congregation as its pastor.

But that was before the Millers found what must be their true calling.

They started their online marketing business in 2003 with just $1,000.

“We had to make money from the very beginning,” Jim Miller said.

After a modest success with hand-made mailboxes, they found “this Amish guy who had these lighthouse replicas,” Miller said. “We hit it just right with those lighthouses and sold them like crazy.”

That craftsman in Pennsylvania introduced the Millers to others.

“The more success we had, the easier it was for us to convince these Amish guys to let us have a try,” Miller said.

JMX operates several websites, but the main one is DutchCrafters.com.

Toward the end of 2003, their first year, Linse Miller convinced her husband to try dealing in furniture.

“We see this beautiful hardwood indoor furniture. I said `Nah, that is not going to work. Nobody would spend that much on indoor furniture they haven’t seen in person. And it’s hard to ship,”’ Jim Miller said.

“But she pushed it,” he added.

While wooden furnishings are its core business, JMX is not against plastics, as long as they are used right. In fact, one of their hottest sellers is a line of heavy-duty lawn furniture made from recycled milk bottles.

Some items, like birdhouses and mailboxes, are what Jim Miller calls “UPS-able,” meaning they are easily cartoned up and shipped.

But for delivering big pieces of furniture, the couple has found that their best method is to hire two guys with a truck, an approach Jim Miller calls “blanket-wrapping.”

Customers for larger pieces are told up front that, even after a custom piece if made, they should allow extra time for delivery.

The logistics folks at JMX will put together batches of orders coming from one of their regions and heading for the Northeast or the Western U.S.

“We are busy enough that it usually doesn’t take any longer than two weeks. We always have a truck going to the Northeast,” Miller said.

“So, we would contract with a specific driver, say Matthew, and Matthew would go to eight different workshops in Indiana and Ohio and do all his pickups and take a full load of furniture out west,” Miller said.

Having shippers they can trust, and then double-checking everything by phone from Sarasota is critical.

“You can’t get to California and say, `Oh, this is the wrong stain color,’ or `We forgot the leaves for the table,”’ Miller said.

The company now has a quality-assurance team of four people whose job is to keep incidents like that from happening, and to straighten out any that do.

The online business the Millers created is benefitting not only from their own growing sense of what represents quality and what will sell, but also from two trends:

. Each year, more people are willing to make a big-ticket purchase online.

. Amish furniture, made in America and emphasizing quality, is hot.

“The e-commerce channel is becoming a much more important channel for furniture,” said Larry Thomas, business editor at Furniture Today, a trade publication based in Greensboro, N.C.

“Our research department estimates that 10 percent of furniture sales were done online in 2014, which is not an insignificant number. They project it could hit 17 percent by 2020.”

JMX made it on three lists of the fastest-growing private companies in the United States last year: the 2014 Gulf Coast 500, Inc. 5000, and Internet Retail 1000.

For the first quarter of 2015, revenues were up 70 percent, Jim Miller said.

“Nobody in their right mind would expect 70 percent growth to continue,” he said. “We do have some growth projections that are progressive, but they are well short of that. We are realistic.”

From the beginning, the couple has been making at least one trip each year, sometimes more, to Amish regions in Indiana, Ohio, and Pennsylvania.

These days, they typically arrange for two or three staff members at a time to join them as they meet with their vendors, tour their factories and get a feeling for how the goods are assembled.

Alan Miller, an Amish man who is not related to the Sarasota Millers, runs a 30,000-square-foot furniture factory in Dundee, Ohio, supporting a payroll of 40.

But like most of the roughly 600 furniture makers in his two-county region, he shuns some of the conveniences of modern life that most Americans take for granted, such as electric power supplied by a utility company.

He does use electrically powered equipment to make his all-wooden dining-room, living room and office furniture. But the power comes from his own natural-gas- powered generator.

“We have some machinery and stuff like that,” Alan Miller told the Herald-Tribune in a telephone interview. “But everything is hand made. Everything is made for that specific customer.”

In Sarasota, Jim Miller, explained that, in general, it is not that the Amish are averse to technology.

“They are interested in degrees of separation from the world,” Jim Miller said.

The customs for a given Amish community typically are set by the local bishop. There are also variations from church to church.

Alan Miller will talk on a phone, but he avoids going on a computer, ruling out receiving email, let alone selling furniture on the Internet.

To follow up on the telephone interview, Miller provided a reporter with an email address. But emails to him are routed to a service that sends the messages to Miller as faxes, so he reads them on paper, not a screen.

Other Amish craftspeople whose goods are handled by JMX prefer not to have a fax machine, either. In those cases, JMX will send the furniture order to a courier service, which will receive the fax, then hand carry it to the factory.

In some cases, business owners have built a wooden phone booth at the end of the family driveway, so it is neither in the home or the shop.

The owner would typically go to the booth to retrieve messages in the morning, make return phone calls, and then make a second round in the evening before quitting for the day.

“It is refreshing for us as we get to go up there and visit farms and woodshops, to see this sort of other-worldly style that is off the grid,” Jim Miller said, “where people actually talk to each other in the evenings, or just sit and watch the kids play.”

Alan Miller’s company, Genuine Oak, has been in existence for 19 years. Just three years ago, he began selling some of his production through JMX.

“In several cases, including Alan’s, we are very near the top of their customer list or at the top,” Jim Miller said.

Before the Internet, Alan Miller said that his most important way of winning customers was through Amish craft fairs.

The Internet has augmented that old-school approach, he said.

“They get the customers who don’t want to go out and fight the crowd.”