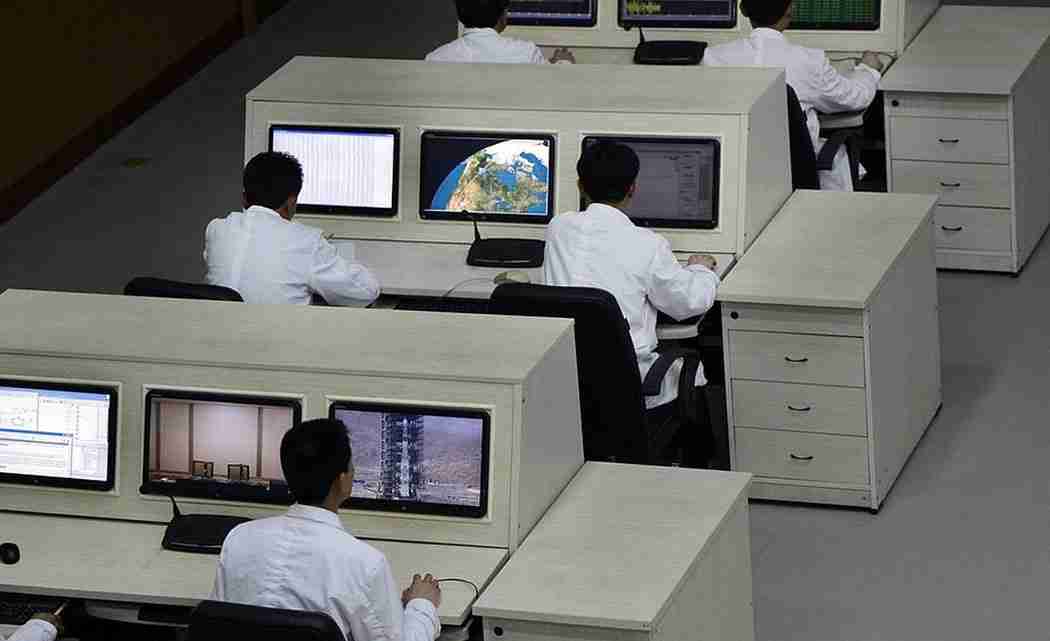 TOKYO (AP) _ North Korean space agency officials say the country is developing a more advanced Earth observation satellite and are defending their right to conduct rocket launches whenever they see fit, despite protests by the United States and others that the launches are aimed primarily at honing military-use technologies.

The North launched its first and only satellite in 2012. The claim that it is working on another, made in an interview last week with an AP Television crew in Pyongyang, comes amid a flurry of attention to the country’s fledgling space agency, including a visit by leader Kim Jong Un to a new satellite control center that was repeatedly broadcast on North Korean TV early last month.

“We are developing a more advanced Earth observation satellite and when it’s complete, before launching it, we will inform international organizations and other countries,” Paek Chang Ho, vice director of the scientific research and development department of the North’s space agency, said in the interview.

Paek did not provide further details of what the satellite will do, how close it is to completion, when development began or when the next launch might be.

Speculation the North may be planning a rocket launch to mark the 70th anniversary this October of the ruling Korean Workers Party heated up after the release of recent satellite imagery at North Korea’s Sohae rocket launch site. Analysts at the U.S.-Korea Institute at Johns Hopkins School of Advanced International Studies say the images show significant new construction.

Concern has also been rising over North Korea’s weapons development.

The North recently claimed it tested a new type of missile from a submarine and reiterated that it had built a nuclear warhead small enough to be mounted on a long-range missile. Outside analysts are skeptical about both claims, but they believe the North has built a small but growing nuclear bomb arsenal and advanced its missile program since international nuclear disarmament talks stalled in early 2009.

Paek, echoing the North’s often-repeated public statements about its intentions, dismissed any linkage between the space program and weapons development.

“Our National Aerospace Development Administration has peaceful objectives,” he said. “America and its impure allies are always trying to persecute us … We will continue launching satellites in the designated place when necessary and whether it is recognized or not. The high dignity of our republic will be exalted.”

In Washington, the State Department said any satellite launch using ballistic missile technology would be a clear violation of multiple United Nations Security Council resolutions. It said the resolutions require North Korea to suspend all activities related to its ballistic missile program and abandon the program, verifiably and irreversibly.

North Korea was strongly criticized by Washington and subjected to tougher sanctions by the United Nations after the 2012 rocket launch carrying its first satellite.

Most experts believe that launch did in fact place a satellite into orbit, though it’s unclear whether the spacecraft was able to do anything beyond that.

Opinion is divided over whether the North’s primary goal was to bolster national pride with a high-profile technological achievement or, as Washington maintains, to move a step closer toward being able to field a long-range missile that could threaten U.S. cities. It could be a combination of both, as was the case with the United States and the Soviet Union during their own Cold War space race years.

Mock-ups, big and small, of the blue-and-white Unha-3 rocket launched three years ago are common in Pyongyang. Children climb on them in playgrounds; they are featured in amusement parks, assembly halls and even flower exhibitions. One of the catchiest tunes by North Korea’s most popular singing group _ the Moranbong Band _ commemorated the launch as evidence of how the nation is single-mindedly roaring off into the future.

“The eagerness of our people for space development and conquest is becoming the mainstream of the era and it cannot be dammed up,” Paek said.

Yun Chang Hyok, vice chief of the space agency’s research institute, said North Korea is also looking into developing and launching a communications satellite, and sees weather satellites as potentially useful for agricultural forecasting and planning. He said Pyongyang believes investment in space technology is good policy, even in a country like the North that is strapped for resources, because its ripple effects through the economy bring “eightfold” benefits.

“Outer space is becoming more of crucial part of people’s lives,” he said. “It is impossible to establish a powerful country without the development of space technology.”

Previous post Retired-New Business - For people over 50, it's never too late to start a business