Need to hit friends up for cash? There’s an app for that 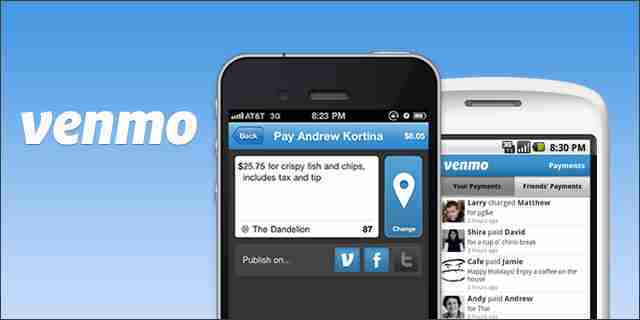 NEW YORK (AP) _ On a trip to Maine with four friends, Alexander Culbertson racked up $1,300 on gas, hotel rooms, food and drinks.

But instead of splitting all of the weekend’s activities evenly throughout the trip, one person paid for everything. Then, later they all split the final bill using Venmo, an app that lets users pay with a tap and a text-like message.

“It would have been a nightmare for all of us to evenly split every transaction,” says Culbertson, 26, a Boston advertising executive. “If you say `I’ll grab beer and you grab the groceries,’ things usually don’t come out as planned. “This kept things easy.”

Person-to-person mobile payment services like PayPal-owned Venmo are catching on as a way to bypass searching for an ATM or splitting a bill on multiple cards when the dinner check comes. And they’re particularly popular among millennials, a generation that seems to have their own way of doing everything.

For Dan Callahan, 22, a digital marketing manager in Philadelphia, using Venmo means avoiding the awkward situation of nagging his roommate for rent since you can request payment via the app.

“I write the checks or pay online for our rent, utilities, and anything else, and at the end of each month, I total it all up and he sends me half,” Callahan said. “And it’s all free. Beats having to get ATM charges from my bank and dealing with cash!”

The services also are growing quickly: Venmo is seeing four times the growth this quarter as it did last year. The service processed $2.4 billion in transactions in 2014 and $1.3 billion last quarter alone. Similar services abound, including Snapcash on Snapchat and Square’s Cashtags which can be used via tweet or text.

It’s still just a sliver of total spending online _ which Forrester predicts will reach $334 billion in 2015. But the peer-to-peer payment services are catching on with some more quickly than so-called digital wallets like Apple Pay or Samsung Pay.

Rohan Gandhi, 24, a consultant in Washington, D.C., said when his friend lost a debit card while traveling with him in Cambodia, he was able to foot all the bills and then be “Venmo-ed” back instantly by his traveling companion.

“In terms of convenience, us twentysomethings are never without our phones, and the app is incredibly easy to navigate,” he said.

You first have to connect to other people who have signed up for the service. Then, you type in the amount you want to send someone, add a short message about what the payment is for, and hit send.

“I like the convenience of it _ primarily that immediacy,” said Sierra Davis, 25, a newspaper writer in Los Angeles.

Security works the same way it does for any app that stores your bank or card information. That means it might be accessible if someone steals your phone. And the fee for using credit cards discourages their use, even though credit cards are usually fraud-protected for anything over $50, unlike some bank accounts and debit cards.

Cynthia Larose, chair of the privacy and security practice at the law firm Mintz Levin in Boston, said users should be cautious.

“These days you can’t assume that any system is secure,” she said. “If you’re starting off using a system like this, I wouldn’t use your main bank account.”

Peer-to-peer services have security policies in place but they’re not always as direct as dealing with a bank. Venmo, for example, says users aren’t liable for more than $50 of any unauthorized transfers they find, but only if they contact the company within two days after learning of the theft.

Still, for Davis, like many, the convenience outweighs security concerns.

“Security is always a concern when dealing with finances online. But I bank online, I make online purchases, I’ve used PayPal in the past without a problem. I have a password on my phone, in addition to the password on the app, and I keep a close eye on my finances and trust my bank,” she said. “For my generation, money transfers like this are so familiar that it feels safe.”

The messages that go along with the payments are a major attraction for many users. Venmo features a Twitter-like newsfeed that shows who your friends are paying and what they’re paying for.

“I like how you can leave notes saying exactly what the transaction was for,” said Jordyn Holman, 21, from Chicago. “People are fun with describing it, oftentimes using emojis like hamburgers and drinks to describe a meal that was Venmo-ed.”

Peer-to-peer systems typically work only for people who are on the same system, and multiple systems have sprung up. Facebook recently jumped in the game with Facebook mobile payments, Square and PayPal have built up their own services, and banks have their own person-to-person, or P2P, services

The services, which are free or charge a nominal fee, don’t make much money. PayPal’s soon-to-be CEO Dan Schulman said the goal for Venmo is to eventually tie the app into PayPal’s network of merchants and have more businesses accept Venmo. Currently, Papa John’s accepts Venmo payments for Pizza and HBO accepted it for its pay-per-view blockbuster boxing match between Floyd Mayweather and Manny Pacquiao in May.

Adam Madaris, 22, a bank teller in Boulder, Colorado, hosted a party with his roommate for the Mayweather-Pacquiao fight and had attendees split $99 pay-per-view cost via Venmo.

“I actually can’t think of a single one of my friends who haven’t used a service for making payments electronically, whether that’s Venmo, Snapcash, Google wallets, or even my bank’s P2P service,” he said.