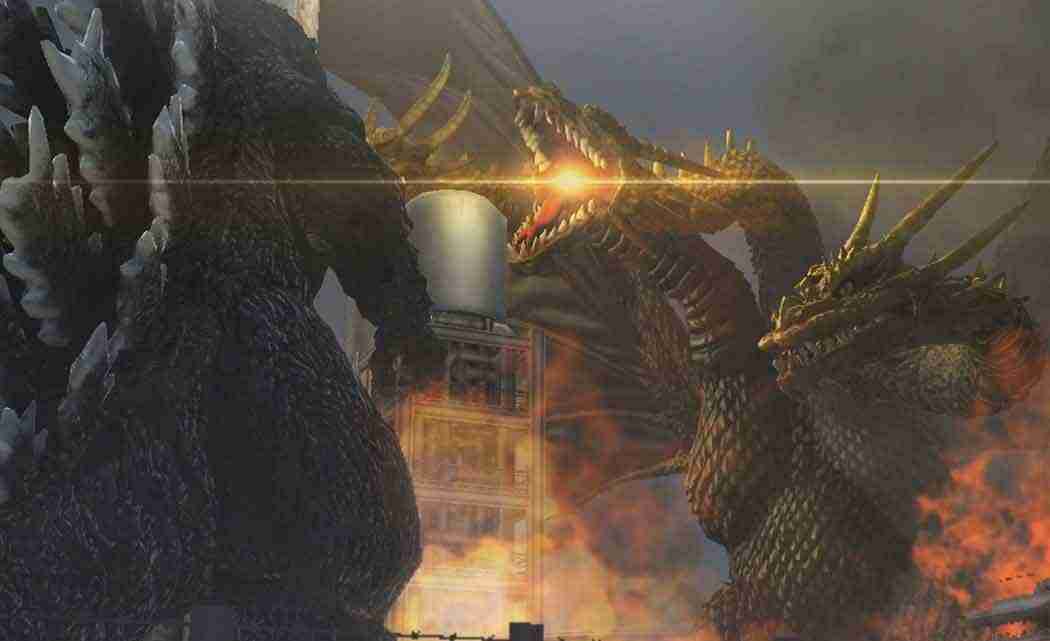 Shunsuke Fujita, the game’s producer, is flush with excitement when he speaks about how he and his team are true Godzilla believers, having grown up on the movies. They were very careful to render what he calls its “totally cool” ferocity.

In the original 1954 movie, Toho Co. studios concocted the giant animal that arose as a mutation from nuclear testing in the Pacific. That had special resonance in Japan as the only nation to have been attacked with nuclear weapons.

Gareth Edwards, the director of the 2014 Hollywood Godzilla, also made a point to include backdrop references to atomic weapons and radiation.

But the game steers clear of the horror of both topics and Fujita is reluctant to explain why. What substitutes for radiation in the game is a reference to “energy,” which Godzilla sucks up to gain strength.

Nuclear issues have become particularly contentious in Japan after the March 2011 tsunami set off three reactor meltdowns at the Fukushima Dai-ichi power plant and irradiated the surrounding area, forcing thousands of residents to evacuate.

Fukushima people face latent prejudice in Japan because of fears, some unfounded, about radiation. Nuclear experts say the levels of exposure were not high or sustained enough to cause widespread health problems but there are some risks, such as the thyroid cancer in youngsters, which is being monitored.

Japan’s 48 nuclear power reactors are now offline for a new regime of safety checks. The government wants to restart them but faces opposition from communities and others worried about radiation.

“We aimed for something that was as close to the original interpretations as possible,” said Fujita, 29, proudly showing how the 1980s Godzilla can be pitted against the Hollywood Godzilla in a demonstration version of the game.

The fascination for the game developers lay in an arty duplication of the shapes and movements of the various Godzillas, and in recreating the rival monsters in the films, such as the dragon-like King Ghidora, Mothra, which resembles a moth, and the obscure Jet Jaguar, according to Fujita.

“Godzilla is not just a villain, it’s also a hero everyone adores, and so this game allows the player to be Godzilla and control Godzilla,” he said.

Toho Co. made 28 films in the Godzilla series, starting from the 1954 classic, until it pulled the plug in 2004. The new game allows players to manipulate the various kinds of Godzillas, including the robotic Mechagodzilla, first featured in the 1974 film.

“It will be the first Japanese Godzilla after 3.11,” he said, using the widely used term for the Fukushima disaster.

Decommissioning the Fukushima reactors is expected to take about half a century, and scientists are only starting to examine what state the melted cores might be in.

He doesn’t blame people wanting to avoid controversy in a game, which could crimp sales, but he marvels at the courage of the first Godzilla film that wasn’t afraid to take a stand on nuclear weapons, barely a decade after the end of World War II and the atomic bombings of Hiroshima and Nagasaki.

Fujita is confident the game will be a hit with fans.