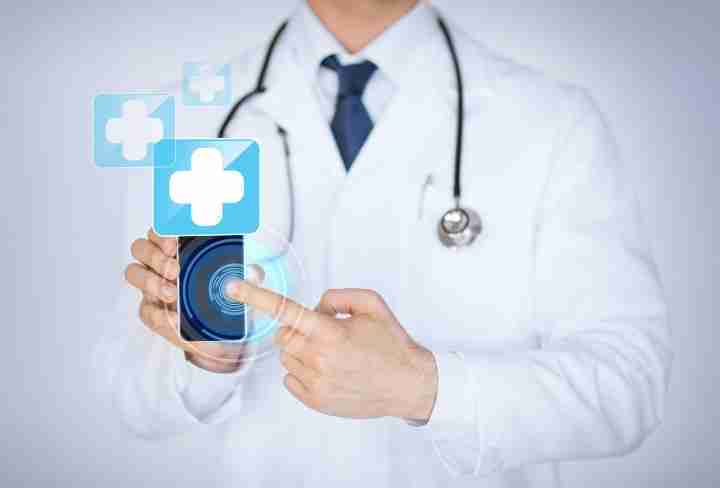 WASHINGTON (AP) _ It was 8 o’clock on a weeknight and Brooklyn resident Sarah Sheehan was reeling from a painful earache.

She wouldn’t be able to see her doctor until the next morning, and that would require a 45-minute subway ride uptown. That’s when Sheehan, co-founder of an educationtechnology business, remembered receiving a promotional code for a new company called Pager, an Uber-like service that sends doctors to patients’ homes.

Pager and similar companies like Heal and Medicast aim to streamline medical care — cutting out waiting rooms, receptionists and trips to the doctor’s office.

“It’s a completely different experience when you’re sick and able to stay in your pajamas,” says Sheehan. “Someone comes to your home, they’re kind to you, they answer all your questions and give you all the time you need.”

But some doctors warn there could be drawbacks to convenience-driven medical care, especially if it disrupts an already complex, fragmented health care system. As the app makers search for a sustainable business model, however, it appears they are more likely to end up working with traditional medical providers, than against them.

House calls were once commonplace in the U.S. Today, 9 out of 10 general practitioners say they do not typically make house calls, according to the American Academy of Family Physicians.

But new phone apps may signal a comeback for house calls.

Pager is currently only available in New York City but it will expand to San Francisco in coming weeks. A rival company on the West Coast, Heal, already operates in San Francisco, Orange County and L.A

“It’s really an urban population that is busy and values its time,” he adds.

So much so that they are willing to pay a premium. Like other services, Pager is not currently covered by insurance. Customers pay a $50 fee for their first visit and $200 for subsequent visits from one of the company’s 40 health practitioners, including doctors, nurses and physician assistants.

That fee is about 10 times more than the typical $15 to $25 doctor co-pay for patients with insurance. But there are situations where a Pager visit might be cheaper than conventional care. For instance, $200 is significantly cheaper than the median cost of an emergency room visit: $505, according to federal figures. The ER is often the only medical option for people without insurance.

“We’re trying to move forward to a model where the Pager service will be as affordable as any other care option for people who are insured or not,” de Dreuzy says.

But Some doctors are skeptical.

Dr. Robert Wergin of Milford, Nebraska says on-call services could be useful for one-time medical needs. But treating chronic conditions like diabetes, arthritis or Alzheimer’s requires careful, consistent attention over many years. A doctor responding to a phone app may not be familiar with a patient’s family history, medications, allergies and other critical details.

“If these apps develop and they further fragment care it’s not going to help the health care delivery system. We’ll get more of what we already have: higher costs and lower quality,” says Wergin, president of the American Academy of Family Physicians.

Other experts worry about doctors making appropriate prescribing decisions when patients are paying $100 or more for their services.

“The visit becomes much more transactional,” says Dr. Jonah Feldman, a specialist in health care delivery at Winthrop University Hospital. “And it will be much harder for that doctor to come out of that visit without giving some kind of treatment, and that exposes patients to the risks of overtreatment.”

But these concerns may be premature. The on-demand doctor business is still in its infancy, and there are signs it is converging with traditional medicine, not breaking away from it.

The sector’s oldest company, Medicast, founded in 2013, recently abandoned its direct-to-consumer model in favor of collaborating with large hospital networks. The company recently helped Providence Health & Services — a medical system in the Pacific Northwest — launch its own house call app for the Seattle area.

Medicast CEO and co-Founder, Sam Zebarjadi says the company is working with a dozen other hospital systems on similar offerings. Previously the company operated its own doctor networks in Miami, Los Angeles, Orange County and San Diego. But Zebarjadi says he found that consumers have “a really big issue around trust, which is one of the reasons we decided to start partnering with hospitals and health systems.”

These collaborations may also further another key goal: getting insurance coverage. Like Pager, Medicast is currently a cash service. The company offers to file the bill for a house call with a patient’s insurance provider, to see if they are willing to cover it. But in coming months Zebarjadi expects some insurance providers to begin covering Medicast visits.

“Why should patients face challenges — especially when they’re sick — having to deal with all the inconveniences that come with getting health care traditionally, versus getting that care in the comfort of their own homes?” Zebarjadi says.

Next post Review: Google photo service is strong on search

Previous post Number of marijuana patients in RI doubles since 2013