Q&A: A look at the science on Hawaii’s Mauna Kea 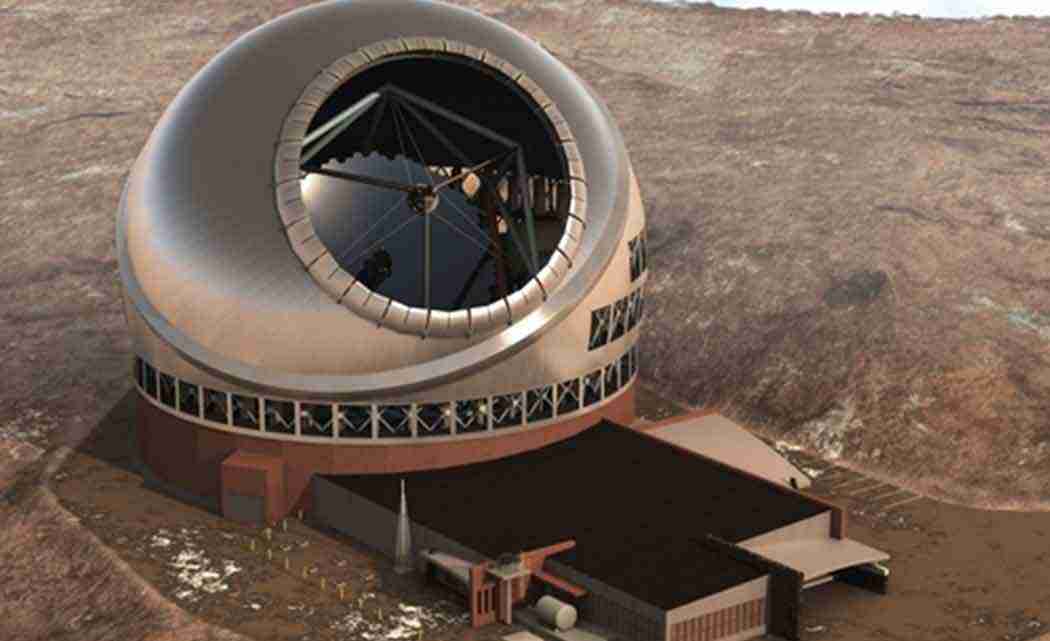 HONOLULU (AP) _ Atop Hawaii’s Mauna Kea, where some Native Hawaiians have been peacefully protesting the construction of what would be one of the world’s largest telescopes, astronomers have spent the past 40 years observing our universe and helping make some of the most significant discoveries in their field.

If the highly contested Thirty Meter Telescope is constructed on the site, scientists say they will be able to explore more of the universe’s unsolved mysteries.

Many Native Hawaiians, however, consider the land sacred.

Astronomers on Mauna Kea continue to peer into the most distant reaches of our early universe, allowing them to see the time immediately following the cosmic dark ages and the big bang.

Here’s a look at what makes Mauna Kea such a valuable place for both science and the Hawaiian culture.

WHAT KIND OF SCIENCE IS BEING DONE ON MAUNA KEA?

The 13 telescopes already in place on the summit of Mauna Kea, Hawaii’s highest point, have played major roles in discoveries considered among the most significant to astronomy.

Astronomers often use many different telescopes in locations around the world to draw their conclusions. But Guenther Hasinger, director of the Institute for Astronomy at the University of Hawaii, said “there is almost no major astronomical discovery where there was not very important input from the telescopes on Mauna Kea.”

Scientists at Mauna Kea have helped identify the presence of dark energy, discover a black hole in our galaxy and learn about potentially habitable planets in other solar systems, to name a few.

“The fact that there are other planets out there at some point will change our perspective in a similar way as the first picture of the Earth taken from the moon did,” Hasinger said. “We might be able to fly to them at some point.”

Mike Brown, an astronomer and professor at the California Institute of Technology, used Mauna Kea telescopes to help reclassify Pluto as a dwarf planet.

WHY IS MAUNA KEA SO PERFECT?

To tap the full potential of the kind of telescopes being used on Mauna Kea and other similar sites, scientists say a number of conditions must be present.

First, the summit of Mauna Kea, on the Big Island, is nearly 14,000 feet above sea level, above 50 percent of the Earth’s atmosphere. It is very dark, nestled in the crater of a dormant volcano far from any large cities that would create light pollution. The consistently warm ocean water that surrounds the island helps keep the atmosphere stable.

According to award-winning astronomer Andrea Ghez, a professor at the University of California Los Angeles who has published the most compelling proof of black holes to date, Mauna Kea is the “best place in the world to do astronomy.”

“Being in the middle of the ocean is geographically perfect,” she said.

It also helps to be located somewhere with easy access to technology.

“Places that are not developed tend not to be near places that can support technological endeavors,” she said. “Hawaii is one of the few places where you hit all three, which is why everybody in the world wants to build their telescopes there.”

ARE THERE OTHER SIMILAR LOCATIONS?

The Thirty Meter Telescope is on course to be the first to be operational. The other two will be built in the remote Atacama Desert in Chile, where astronomers say conditions are comparable to Mauna Kea. All three are similar in both size and function.

An important difference between the telescopes in Hawaii and Chile is that they will observe different parts of the sky, Tim de Zeeuw, director of the European Southern Observatory, said in an email to The Associated Press.

“In that sense, the sites are very complementary and both important to the astronomical community,” he said.

“They are all intended to address fundamental questions that both push back the frontier of science and go to the core of who we are: Where did we come from? Where are we going? And are we alone?” he said.

WHY IS THIS LAND SACRED TO NATIVE HAWAIIANS?

Native Hawaiians believe the telescope site is sacred because it is where their creation story begins.

The first road to the top of Mauna Kea was built in 1964, and the University of Hawaii constructed the first telescope four years later. NASA and universities from around the world built about a dozen other telescopes in subsequent decades.

A state report in 2013 said little consideration was given to how these facilities might affect traditional culture because “the significance wasn’t understood at the time.”

Project opponents question whether Native Hawaiian groups were consulted, and they have tried to prevent construction of the $1.4 billion Thirty Meter Telescope, leading to some arrests. Project leaders say they regret the arrests, but safe access to the site needs to be preserved.

While the Native Hawaiian groups do not oppose the telescope itself, they disagree with constructing it on Mauna Kea.

“It is the burial grounds of some of our most sacred and revered ancestors,” telescope opponent Kealoha Pisciotta said during a May interview. “It is a place where we go for sanctuary and release from the world around us, and it is also the home of our god.”

All of the islands’ highest points are considered the home of deities, she said.

Construction of the Thirty Meter Telescope has been repeatedly delayed as protesters block access to the site.