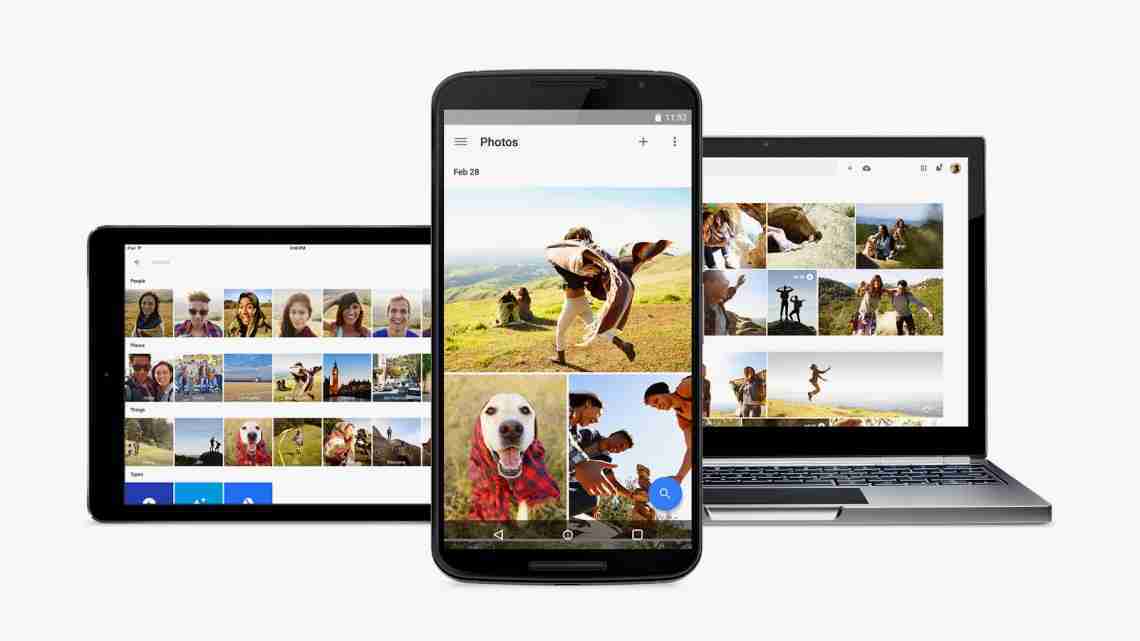 NEW YORK (AP) _ Google’s new service for organizing and backing up images blends some of the best of what Apple and Yahoo have rolled out in recent months.

These services come as smartphone cameras get better, and people take more photos and video with them. The problem is many of the images simply sit on the phones, taking up valuable space. Worse, digital memories can disappear when phones are lost or stolen.

Photo services from Google, Yahoo and Apple all store copies of those photos and video online. Images taken with tablets and stand-alone cameras can be added, too, giving you one home for your entire image library. These services also offer editing tools and help organize your images. After all, why bother taking photos if you can’t find them later?

The latest offering, Google Photos, isn’t perfect. Recently, Google apologized when the service mistakenly labeled two black people as gorillas. And there’s a catch with free storage of photos and video. On the other hand, Google has the best tools for searching photos. That’s no surprise, coming from the world’s most popular search engine.

Here’s a look at Google Photos and how it compares with Apple’s and Yahoo’s offerings.

Just download the Google Photos app on your iPhone, iPad or Android device and connect over Wi-Fi. Photos and video on your device will automatically upload to Google’s servers.

Google offers unlimited storage of photos of up to 16 megapixels. That covers iPhones and Samsung Galaxy phones. For the few phones that exceed that, Google will either reduce the file size or let you store the original as part of a free allotment shared with Gmail messages and other Google services. You get 15 gigabytes, enough for a few thousand photos at 16 megapixels, after which you pay $2 or more a month. If you choose to store the originals, all photos will count toward the quota, including those under 16 megapixels. Unless you’re looking for poster-size prints, 16 megapixels is fine for printing, but the extra pixels help when cropping.

Free video storage is limited to 1080p high-definition resolution. That’s fine for iPhones, but many devices including the Galaxy S6 phones can shoot better. Again, you can choose to reduce the size or pay for more storage.

Apps for Mac and Windows PCs will search your computer and camera memory cards for photos to upload. The same size limits apply.

Flickr, a similar service from Yahoo, has no size limit on individual files, but you get 1 terabyte for your entire collection. That’s likely more than enough unless you’re a professional or serious photographer, in which case Yahoo likely wouldn’t be for you because it doesn’t handle images in the higher-quality RAW format.

Apple’s Photos app syncs images from iPhones, iPads and Mac computers only, not Android or Windows devices. You have 5 gigabytes of free iCloud storage, shared with other Apple services, so you’ll likely need to buy storage starting at $1 a month.

With Google and Yahoo, you need to delete images from your phone to free up space once they transfer online. With Apple, the service automatically reduces the file size when space is low and grabs the originals online when needed. That makes it seamless for users, but Apple’s storage quota isn’t as generous.

All three services offer basic tools for touching up photos. Apple’s Photos app on the Mac has the most advanced options. With all three services, changes you make on one device will sync with the others. Google also has tools to automatically create collages and animations out of batches of photos.

Once online, you can view images from any device, no matter which camera they came from. You can easily share those images, too, with just a tap or two. Don’t worry. Unless you share an image or album, it’s for your eyes only.

Google, Apple and Yahoo use computer software to tag photos to help you find them more easily.

Google and Apple use face-recognition technology to sort photos by individuals, while Yahoo knows only that there’s someone there _ not who. Google was even smart enough to automatically group together photos of the same person at 2 months old and 6 years old (though it missed the ones from right after birth). With Apple, you can link them manually on a Mac. Apple’s index is stored on the app, rather than online, limiting what the company has on you. Google does the analysis online, but insists it doesn’t attach faces to specific individuals. Although privacy is something to consider, it isn’t much different from trusting Google with your email and searches.

As for objects, Google and Yahoo let you search for “boat” to get photos containing boats, even if “boat” isn’t in the file name. That’s because the companies scan images to identify common objects and attributes. You can remove a tag when there’s a mistake, but you can’t add your own. What if you have a bunch of boat pictures, might you start seeing ads for sailing lessons? Google and Yahoo say they have no current plans to target ads that way, but neither ruled it out.