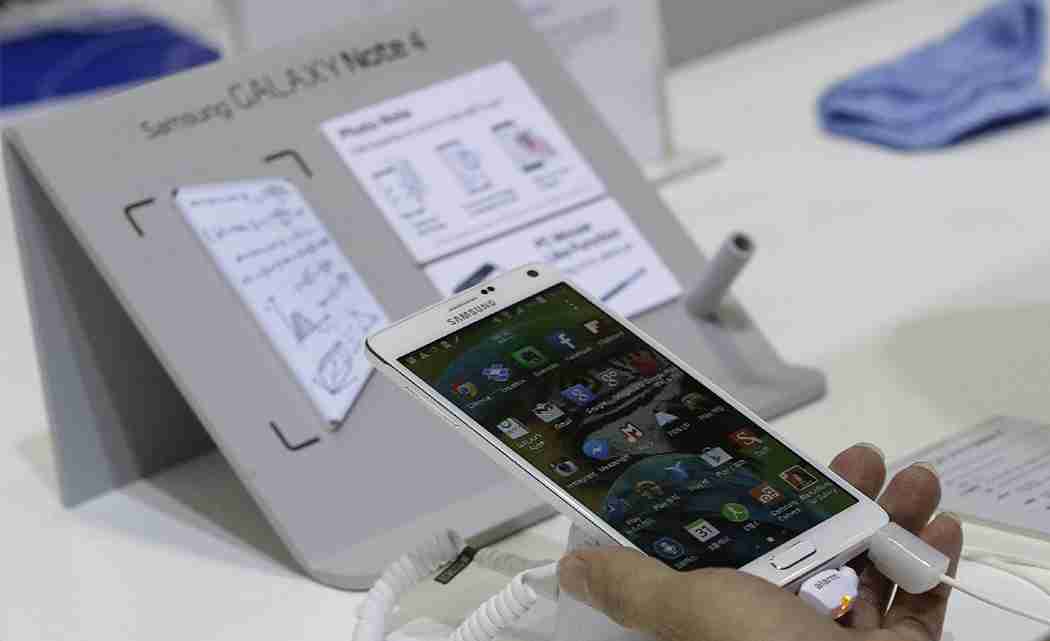 SEOUL, South Korea (AP) – The latest version of Samsung’s popular big-screen Galaxy Note has gone on sale at a crucial time for the South Korean company as it suffers a rapid decline in profit from its global smartphone business.

With the Note 4 launch in the U.S. last week, Samsung introduced one of the biggest design changes to the Note series since it started sales three years ago, ditching plastic in favor of metal for its frame.

The choice is not a result of a change in the company’s design policy, but a product of what Samsung does well: identifying the consumer trend and improving upon it. Yet it’s unclear if that’s enough to stanch sliding sales as the holiday shopping period nears.

By the end of 2013, Samsung had sold at least 48 million Galaxy Notes. The company would not reveal more recent sales figures. Even though reviews for the Galaxy Note 4 have been favorable, analysts said its redesign may not be enough as Apple Inc. has entered the large-screen smartphone category with the iPhone 6 Plus.

“It will not be easy,” said Lee Sei-chul, an analyst at Woori Investment & Securities. The Note 4 “is a nice product but response to the iPhone 6 Plus has been good. “

Samsung estimated earlier this month that its July-September quarterly profit shrank to 4.1 trillion won ($3.8 billion), a 60 percent plunge from record-high 10.2 trillion won a year earlier. Samsung is scheduled to disclose earnings for business divisions later this month and analysts believe profit from its mobile business plunged to about one third of its level a year earlier.

Samsung’s first Note in 2011 is credited with making big-screen smartphones popular, especially in Asia, but the “phablet” market has become crowded with rival models since then. The Note 4 with its 5.7-inch screen faces competition not only from the new iPhone 6 series, but also from Chinese handset makers.

Samsung is also under pressure to make amends for design missteps in the Galaxy S5 smartphone that led to the departure of its design team chief.

Samsung designers and developers said the opinions of consumers and their demands drove the design changes from plastic to metal and guided the direction of the technology behind the S Pen, as the Note’s stylus is known.

The Note 4’s metal frame is coated in the same color as the rest of the phone’s body, except for the polished, chamfered edge.

The painted frame gives a sense of unity but also prevents users from leaving fingerprint marks, one of the main complaints about the Note 3’s glossy frame made of polycarbonate, a type of plastic. Though the Note 4 still uses plastic for the back cover, Samsung gave subtle, tactile patterns to imitate leather.

The Note 4’s adoption of a metal frame is a first for Samsung’s top-of-the-line smartphone and may foreshadow changes in its future flagship mobile devices. The Galaxy Alpha used metal a little earlier but its phone power falls short of the Note 4. Many other high-end smartphones such as iPhones have used metal for a few years.

Critics have long complained the plastic body of Samsung phones makes them look cheap for the price, which is higher than $600. Some reviewers compared the dimpled plastic back cover of the gold version of the Galaxy S5 to a band aid.

But he said Samsung’s mobile team doesn’t think design is so important that other aspects of the phone should be sacrificed.

Though some people have complained about the protruded camera in Samsung phones, Kim said a slight protrusion in the rear camera in the Note 4 shows that when the phone’s performance is important, designers should help engineers to achieve their goal. The iPhone 6 also had its camera bulging from the back for the first time in the iPhone’s history.

An engineer behind the S Pen stylus said his team’s goal was to incorporate a natural note taking feature in the digital device and using the digital pen like a mouse in personal computers by clicking and dragging.

The Note 4’s stylus, embedded in the bottom right corner, responds to the screen faster and to more subtle variations of hand pressure than its predecessor, allowing more natural writing experience.

Despite a learning curve that still exists for first time stylus users, Samsung is trying to boost the use of S Pen by improving the user interface.

“There is a great possibility that it would become a major inputting device” for large smartphones, said Lee Joohoon, principal engineer at Samsung’s mobile team.