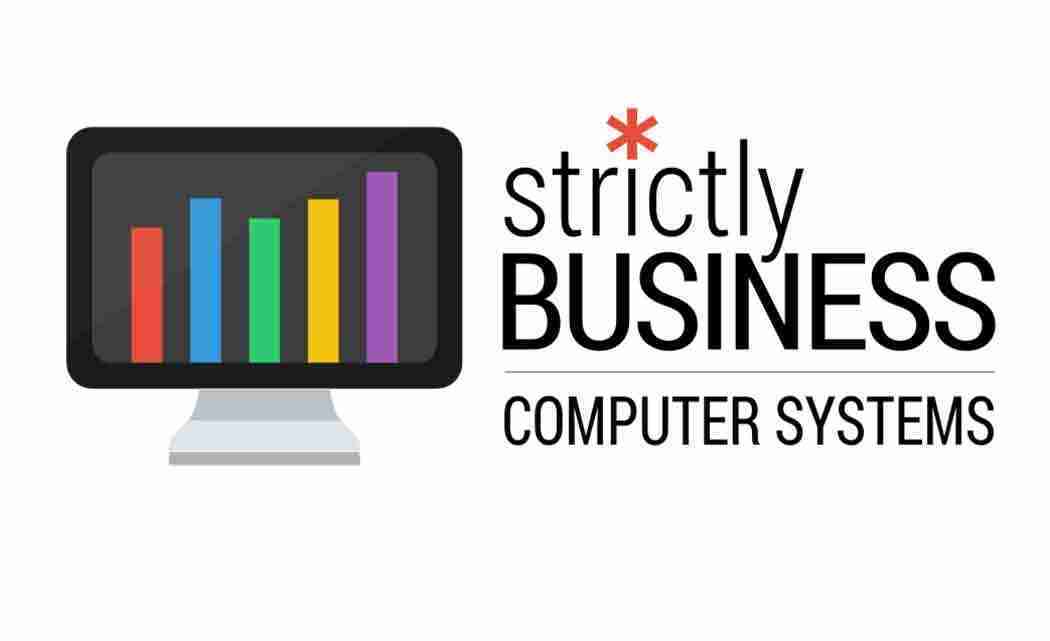 HUNTINGTON, W.Va. (AP) _ It was a Wednesday at 1 p.m., and there was tension in the offices at Strictly Business Computer Systems in Huntington.

With 15 software engineers spending much of their time behind desks developing cutting-edge mobile apps and other software for 26 clients locally and around the world, releasing tension is no doubt a necessity.

One software engineer screamed. The reason for his audible lamentation, however, wasn’t the result of an unfixable glitch or a system crashing – it was because a team of co-workers had scored against his team in a game of VolleyPong, an SBCS employee-created hybrid sport that mixes racquetball, volleyball and ping-pong.

The 20 employees at SBCS treat VolleyPong the same way they do their work: Very seriously.

“VolleyPong definitely opens this place up for a good atmosphere,’’ Michael Owens Jr., director of business development, said. “Guys enjoy their time while they are here. Any time they can get together and play a game it kind of opens up the office and helps with camaraderie.’’

VolleyPong was born from the minds of SBCS employees – the same birthplace of software used by multinational companies such as Boeing, IBM and Lockheed Martin, local entities Hillbilly Hot Dogs, Heritage Farm and Marshall University professors and government agencies such as NASA, United States Department of Justice, the West Virginia Supreme Court and the U.S. Army Corps of Engineers.

“Our staff is dedicated and works very hard to ensure we deliver top-quality software systems for our customers,’’ Miller said.

Strictly Business was established in 1985 by Mike Owens and Tom Pressman, two then-computer hardware salesmen. Owens is current president and CEO. He bought Pressman out in 2012.

SBCS began when Owens and Pressman recognized a shift from hardware to software when solving businesses’ problems along with the introduction of Software Valley, a government initiative sponsored by the late Sen. Robert Byrd aimed at bringing a technology region to West Virginia.

Virginia-based SyCom Technologies bought SBCS’ network services division in 2013. Since then the employees have focused exclusively on software development.

“The most important thing we acquired was an outstanding group of employees who are passionate about both technology and their customers,’’ Tom Cricchi, CEO of SyCom Technologies, said after the acquisition. “We have a customer base in West Virginia, and by integrating these quality folks into our team we expect our business to grow dramatically.’’

SBCS operates by three basic principles – technology has to work; schedules have to be met; and budgets have to be maintained, which are rather stringent guidelines when considering SBCS develops all types of software for a variety of businesses and organizations. Recently – and in the foreseeable future – most of the engineers’ time has been and will be spent developing mobile apps, Miller said.

“We don’t do much website development anymore, but we sometimes do,’’ Miller said. “We do mostly mobile apps.’’

One such app is called Heritage Trail, an idea of late local businessman Mike Perry, brought to fruition by SBCS engineer Ed Curtis.

“Heritage Trail is an interactive and educational comic book app that offers a different experience each time it’s played,’’ Miller said. “We are currently working with Marshall University and some elementary school teachers to ensure it could be used as a teaching tool.’’

The app allows children to learn about Appalachian history by starting a journey set in late-1800s Williamsburg, Virginia, and traveling the 400 miles to the Huntington area. To arrive safely, the character has to forage for food, hunt with a bow and rifle, and start a fire.

“(Mike Perry’s) plan was to get the kids more engaged so when they come out to the farm they can relate to it better,’’ Miller said. “Mike got to see what we came up with before he died. He liked it and was really happy with it.’’

SBCS is now working with Mike Perry’s son, Audy Perry, to finish the app, which will be offered to the public in the future.

SBCS developed Hillbilly Hot Dogs’ website, which is how the “Strictly Business Dog’’ made it onto its menu. The ingredients for the hot dog – a deep fried wiener, sauce, mustard, onions, slaw, jalapenos and shredded cheese topped with `Wham Bam Thank You Fried SPAM’ – was a collaborative effort among employees who contributed via in-house survey.

“It’s actually one of their best sellers,’’ Miller said. “The inclusion of SPAM on the hot dog is sort of a nod to us.’’

Also soon to launch is version 2 of the SBCS-designed nurse-call system for the Huntington Internal Medicine Group. Each call button is equipped with BeagleBone Black, a credit card-sized Linux computer that connects to the Internet and logs information.

“With this system, the nurse’s station is a Web page,’’ Miller said. “If a nurse wants the lab to come and take a patient’s blood, a nurse just has to hit the lab button, and that will send a message and tell them what room to go to.’’

HIMG will have the new system in place within the next few months.

SBCS’ No. 1 customer is the Huntington District of the U.S. Army Corps of Engineers. The company has developed Internet applications for the Corps called the “Trak’’ series, which includes ServiceTrak, SoftwareTrak, RefreshTrak and FeedbackTrak.

SBCS also does near-shore outsourcing for the London, Hong Kong and New York City offices of an international bank. When Marshall professor Dr. David Trowbridge came up with the idea for Clio, his history-focused educational app, SBCS was hired to bring it to life.

According to sbcs.com, “continuous input, feedback, reviews and tests’’ are all part of the development process and are the “keys to its success.’’ Richard Grant, vice president of Boeing, the U.S.-based multinational corporation that designs, manufactures and sells airplanes, rotorcraft, rockets and satellites, said SBCS “provides the quality performance, output and productivity that set them apart from others.’’

The ability to adapt is crucial in the realm of software development. Engineers at SBCS routinely evaluate technology in order to give clients the best solutions possible in accordance with their requirements.

Doing business in Huntington and the state of West Virginia is important to SBCS, Owens said. He is the person who spearheads getting businesses on board.

“In West Virginia, it’s a lot of the `good old boy’ approach,’’’ he said. “It’s as much about forming a relationship with people as it is trying to sell them something. We have had a lot of our customers for many years. I think that says a lot about how we operate and how we act as a family around here.’’

Strictly Business has won awards from several clients including Boeing, General Dynamics and IBM. Its office is located at 848 4th Avenue, Suite 200, in Huntington. Call 1-888-529-0401 or email info(at)sbcs.com for more information.