Smart mirror’ may have a place in homes of the future 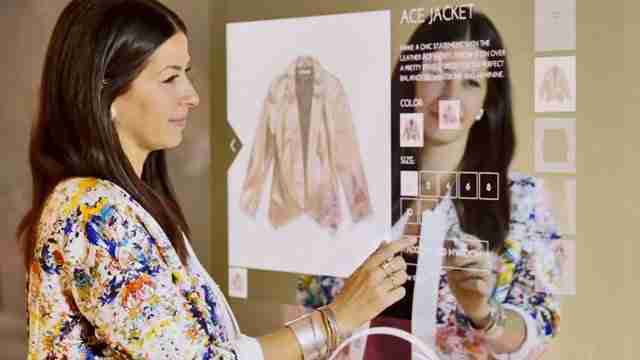 WEST LAFAYETTE, Ind. (AP) _ Why check your smartphone in the morning when all your notifications from the night before are displayed on your bedroom mirror?

It’s not science fiction. A team of Purdue University students has integrated a monitor into a mirror that displays the time, weather, traffic, bus routes and your class schedule all on the same reflective surface.

The invention, called MirrorMirror, employs facial recognition technology to display personalized information relevant to the user, including Tweets or Facebook posts. Its open-source framework ensures the mirror is compatible with other household technologies, such as wireless thermostats, door locks and light bulbs.

Timothy Vincent, a junior in the College of Science, said his team’s technology is making the “smart home” a reality.

“There’s a lot of Internet connectivity in the house, and the mirror itself can serve as a hub,” he said in a phone interview. “It can synchronize all these devices in one place you look.”

The first prototype was built in 2014 during BoilerMake, a 36-hour “hackathon” in which students develop hardware or software in exchange for prizes or recognition. Vincent developed the technology with fellow students Matt Molo, Nick Molo, John Lee and Joshua Berg.

“We thought it would be nice to have some sort of display in the house,” Matt Molo said in a news release. “But we didn’t think people would want another monitor on their walls, so we made it a mirror.”

Built in less than two days, the first model was constructed with a computer monitor, plywood and pieces of acrylic. The new version, however, has come a long way.

MirrorMirror’s latest prototype combines a thick pane of one-way glass behind a high-contrast monitor, finished with aluminum molded to the frame for a sleek look. The mirror is about 3 inches thick _ not much larger than a flat screen TV.

“It’s pretty thin, and we’re working on getting it thinner,” Vincent said.

The team is focusing on the project this summer, talking with venture capitalists and mulling over a launch on Kickstarter _ a popular crowd funding website _ in hopes of commercializing the technology for public use.

“At all the events where we showed our invention, people frequently were surprised that the mirror displayed real-time information,” Vincent said in the release. “This usually was followed by comments of, `I want one,’ or `When does it go on sale?’ ”

For now, you’ll have to make do with your normal, boring mirror.

Next post Could searchers' sonars have missed wreckage of Flight 370?

Previous post Washington woman who died of measles had been vaccinated