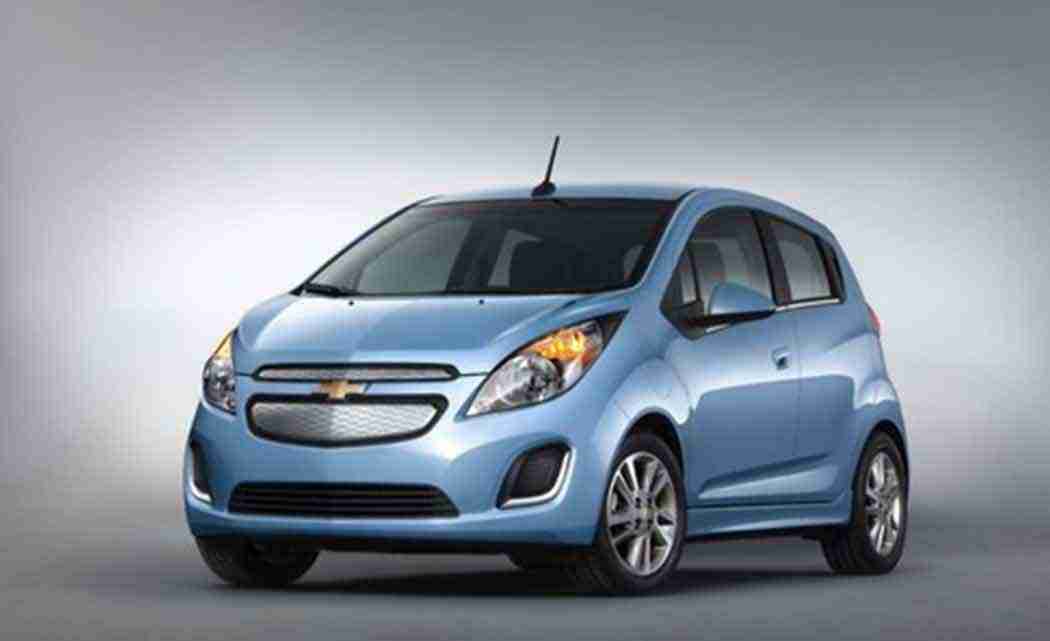 It took a price cut to generate a run on Chevrolet’s 2015 Spark EV, with savvy car buyers realizing the lower price and federal electric vehicle tax credit can make for a super deal.

Chevrolet lowered the starting retail price for the plucky subcompact electric car to $25,995 last month, making it the lowest-priced 2015 electric car with two rows of seats offered in the U.S. by a major auto manufacturer. With the $7,500 tax credit, the purchase price can wind up at just $18,495 _ akin to the price of a gasoline-powered small car like the Honda Fit EX.

There also are the savings the Spark provides: $80 or more a month on gas, according to the manufacturer, because the car uses only electricity. Even buyers who would prefer to lease the Spark EV can get in on the deal with Chevrolet’s $139-a-month lease program that requires no down payment.

Now, the downside: It has a limited range of 82 miles on a full charge and can take seven hours to fully charge even with a 240-volt charger.

The Spark EV is sold only in two states _ California and Oregon, with Maryland to be added this summer. Still, the appeal was quickly apparent as the Spark EV outsold the better-known and widely available Chevrolet Volt (starting retail price: $35,170) in April. Total sales of Spark EVs in April were small, 920, but far more than the 97 sold in January and more than the 905 Volts sold in April.

The federal tax credit isn’t directly taken off the purchase price of the Spark EV, but instead from a buyer’s U.S. income taxes for the year the car is purchased. So, the tax credit generally won’t be seen until next income tax season.

The best-selling electric car in the United States last year _ the larger compact Nissan Leaf _ has a starting MSRP, including destination charge, of $29,860 for a base S model. The Spark EV has a better gasoline-equivalent fuel economy rating than the Leaf _ 119 to 114. But the Leaf, which has an 84-mile range on a single charge, is available in more states than the Spark EV.

Meantime, the second best-selling electric car in 2014 was the Tesla Model S, which has a $76,200 base retail price and a travel range of at least 240 miles on a single charge.

The Spark EV is not for everyone. The interior can seem spartan, even in the tested 2LT trim level. Front and rear seats in were covered in a faux leather that felt like thick plastic, and the seats seemed smallish and had flat cushions.

Rear door entryways were small, too, as the rear wheel wells cut into the doorways. But rear-seat legroom and headroom are decent, and there’s 23.4 cubic feet of cargo space when back seats are folded down.

The driver has a pull-down center arm rest, though there are no covered storage spots between the front seats and rear seats. All seat adjustments were manual in the test Spark EV.

The test Spark had good acceleration and merged well into traffic, thanks to a class-leading 327 foot-pounds of torque. Chevrolet puts the 0-to-60-mph time at 7.2 seconds.

The electric power steering gave the Spark EV a bit of a go-kart feel, as response was decently quick. The tidy, 33.8-foot turning circle made U-turns a breeze, and the Spark’s diminutive 12.2-foot length from bumper to bumper meant it could fit into curbside parking spots that SUVs and large sedans had to pass up.

The Spark EV, however, was easily buffeted by winds _ and even a passing semi while sitting at a stoplight. The Spark weighs just 2,866 pounds.

The 7-inch display screen in the middle of the dashboard worked easily with a smartphone and was reminiscent of the screen and controls in the higher-priced Volt. There was no rearview camera, but 10 air bags are standard.

The Spark EV is designed as a city car and does best in short, non-highway trips. A nice feature in the configurable instrument cluster is it can show both high and low range for a trip, so a driver can adjust his or her driving style.

There’s a Sport mode in the Spark EV that adds more pep and response, but can reduce travel range.

The brakes worked quickly to stop the test car in emergency stops. The ride was firm, not cushioned, and road noise was evident. And the positioning of the heavy battery pack was noticeable, especially in hard turns.