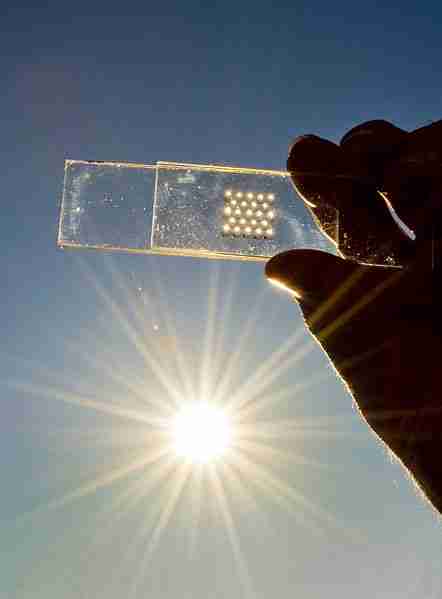 ALBUQUERQUE, N.M. (AP) – An Albuquerque startup plans to market foldable sheets of solar cells to power devices for consumers as well as for satellites.

“We’ve packaged it into a condensed, thin, flexible format, almost like a bandana, that a person could wrap up and throw in a backpack for use anywhere,” said Murat Okandan, Startup founder and CEO. “It could be used in many applications, including satellites, or bent into curved shapes to attach to buildings.”

The startup invested about $1 million to develop Dragon SCALEs and signed onto a commercial license with Sandia last month to bring solar glitter to market.

“We’re getting a lot of early interest for applications in aerospace,” Okandan said. “But it’s deployable in many types of power applications, such as emergency response equipment or outdoor backpacking.”

“We definitely see this as a big win for technology commercialization,” said Mary Monson, senior manager of industry partnerships at Sandia. “We’re particularly glad that this is a local company. It’s working to grow the business right here in New Mexico.”