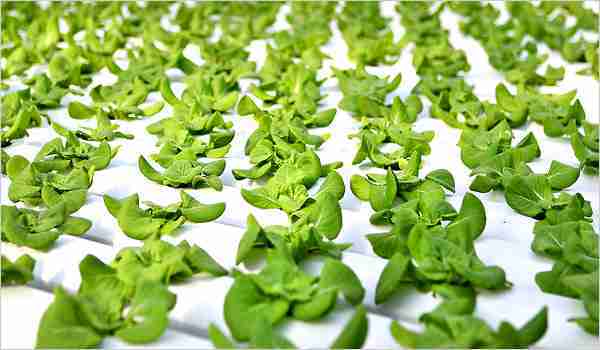 At the time, Jeff was nicknamed “Banker” _ his father Norm is the longtime Stearns County Bank CEO.

“We walked inside the greenhouse and it blew my mind,” Jeff recalls. “It was full of beautiful plants with big huge tomatoes on them.”

The farm he visited used hydroponic technology, which grows plants in mineral solutions instead of soil, the St. Cloud Times (http://on.sctimes.com/1KjcHMQ ) reported. The greenhouses are also climate controlled to grow the vegetables at optimal temperatures and speed up harvest.

And the science inspired Jeff so much that he left banking to start his own hydroponic growing operation.

“I discovered I needed to work with my hands,” Jeff said. “I needed the instant gratification of seeing the results of your labor.”

He started growing in 1999 under a Hydroboy label. Jeff’s nickname became “Hydro.”

Then a Coborn’s executive suggested he rebrand as the Tomato King _ Jeff’s current nickname along with the shortened “TK” version.

“It’s Stearns County, everybody’s got a nickname,” Jeff jokes. “People now have a lot of fun with the Tomato King nickname.

“When I’m doing deliveries, the produce workers will often say, `Thanks your majesty.’ ”

The Tomato King logo is actually the face of Jeff’s son, Trenton, who helps pick produce and sells the products at various farmers markets in the area.

Tomato King has about 7,000 plants, all started from seed. They harvest in about 115 to 120 days and grow in buckets of volcanic rock.

“The rock is obviously organic, and it really absorbs and holds water beautifully,” Jeff said.

The vegetables are collected by workers moving up and down the rows in swivel chairs.

Computers control the plant feeding system based on sunlight.

Jeff said he also considered applying for a medical marijuana growers license _ it uses similar science _ but was turned off by the $20,000 non-refundable application fee.

The farm, which has 12 employees, could grow its tomatoes and peppers year-round.

But the Tomato King has a different edict.

“I need a break and I think the marketplace needs a break,” Jeff said. “And when it gets back into market, people are really looking forward to it.”