Teams digging into history of the earliest people 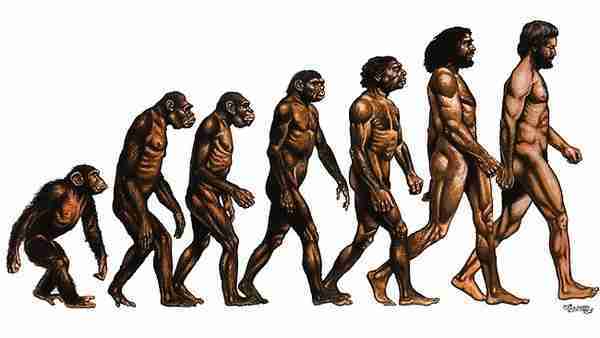 SALADO, Texas (AP) _ In a grassy meadow where eons ago some of America’s first settlers camped and chipped stone tools, a precisely dug dirt pit, four yards square, is sinking steadily into the dark soil.

And as it descends at a rate of an inch or two a day, the remote excavation northwest of Austin is also traveling backward through the millennia toward the continent’s first native people.

“We’re down about three feet now, and that’s 10,000 years back,” said Thatcher Rogers, 22, one of about a dozen archaeology students who spend their summer days on hands and knees, scraping with small trowels.

“I’m trying to take a millimeter or two off at a time, and focus on not removing the larger flakes. And I’m trying to notice any differences in the soil,” Rogers, a recent graduate of the University of Wisconsin at LaCrosse, told the San Antonio Express-News (http://bit.ly/1DwmxWG).

The remote dig, protected by anonymity and locked ranch gates, was reactivated in early June after a three-year hiatus.

If all goes well, perhaps quite soon, primitive stone tools, similar to those discovered here a few years ago, will again be unearthed, reinforcing an emerging, if once controversial theory, about when the first humans arrived in the Americas.

Most scientists believe humans came to this continent across a land bridge from Asia at least 14,000 years ago. The earliest known civilization, known as the Clovis people, left distinctive stone tools that are dated to about 13,000 years ago.

The artifacts found here and at other distant sites appear to push back the arrival date by several thousand years.

“The objective now is to go back and see if we can learn more about the early people. The more we dig and the more we see, it’s becoming very clear that this material was in place below the Clovis material,” said Michael Waters, an anthropology professor at Texas A&M who is overseeing the excavation.

Waters also directs the Center for the Study of the First Americans (www.centerfirstamericans.com.) at Texas A&M which, as its name suggests, is focused on exploring the enduring mystery of when and how the first humans came to this continent.

He believes the items found here thus far shed light on the question, as they date back to well before the Clovis period that was long been thought to be the continent’s earliest civilization.

So far, little is known of those who preceded them, leaving scant clues here, and thus the muddy students work with a focused sense of mission.

No scrap of possible evidence is overlooked. When the dirt scrapings are sifted and washed through quarter inch screens, small rock flakes are extracted, the debris of primitive tool-making here.

And, as the notebooks, surveyor’s tools and small orange plastic markers indicate, everything is measured, marked and recorded to provide valuable context to the laboratory analysis to follow.

Spurring the team on this hot June morning was the delicious anticipation of what might lie a foot or so deeper in subterranean realms that might hold treasures from when humans first camped here.

“It’s all exciting but the main reason we’re here will be six or seven more levels down, which will be Clovis. Past that, it will get super interesting,” said Lauren Cook, 27, a doctoral student at Texas A&M.

Begun in 2006, the dig at Buttermilk Creek became instantly well-known in 2011 when its discoveries were made public in an article written by Waters for Science Magazine.

In yielding a few dozen very crude stone tools, as well as thousands of chert flakes, evidence of ancient tool making, the site advanced the theory that humans had been here at least 15,000 years ago.

Until recently, few questioned that the Clovis Culture was the oldest in North America, and those claiming otherwise were treated by some as heretics.

“There’s nothing more bloody than a paradigm shift. Investigating sites like this is risky to some people, but I’m a full professor and I can take risks,” said Dr. Waters of the reaction among some anthropologists to a Pre-Clovis claim.

“Some anthropologists believe people were here 25,000 to 39,000 years ago, and they would say I haven’t gone back far enough. Then there’s a group that believes Clovis was first, and that I’ve gone back too far,” he said.

But, he said, the oldest stone tools and blades found here will likely help scientists better understand the Clovis period that followed.

“This site is telling us that people came up with the basic technology to morph into Clovis. They were making bifaces, bone tools, blades and bladelettes. All the techniques were here that you needed to invent the Clovis point which caught on and spread like wildfire across North America,” he said.

Slowly but steadily, the finds from Buttermilk Creek and other digs in Brazil, Chile, and around North America, have persuaded many scientists that the first humans likely arrived from Asia at least 15,000 years ago.

“There are now a lot of sites which have a strong claim to being Pre-Clovis. Not everyone accepts them and of course you can argue about any individual site, but mainstream thinking has moved back beyond the Clovis First idea,” said Daniel Sandweiss, a professor of anthropology at the University of Maine who specializes in geo-archaeology.

“In my thinking, Buttermilk Creek is a good example. The stratigraphy is good: You have Folsom, Clovis and something before that. I think Mike Waters has made a good case for it. But its far from unique now.”

“Ninety to 95 percent of the archaeologists now accept Pre-Clovis. It’s just a question of which sites are accepted. Pre-Clovis sites are given extra scrutiny,” said Keene, 32, a doctoral candidate at Texas A&M.

Keene, who dug here years ago as an undergraduate student, supervises the crew and keeps track of the paperwork, a daunting task given that every step is recorded.

“Every one inch level has its own paperwork,” he said.

“Right now they are finding golondrina spear points from about 10,000 years ago. We’ll start finding Pre-Clovis at the end of next week,” he added.

For the young students for whom this may prove to be the dig of a lifetime, expectations are high.

“Oh my god, this is fantastic,” said Kristy Ely, 22, a senior at the University of Wisconsin at LaCrosse, who is also grateful for the air conditioned quarters.

“Level by level you can see the differences. Right now we’re mapping quarter-sized (artifacts). A little deeper it will be dime-sized,” she said, while washing dirt through wire screens.

“We were just told that Level 30 is where Folsom is found and that adds a lot of excitement. People are digging a little more carefully,” she added.

And, as the team works toward the first people, they are being watched by anthropologists from afar, eager to learn of new discoveries which may help rewrite textbooks.

“If I were living in Texas, a little closer, I’d be visiting that site often,” said Dr. David Anderson, a professor at the University of Tennessee in Knoxville, who specializes in Paleo-Indian archaeology.

“They have really good scholars working at that site. Because there are so few well documented early sites, particularly in North America, whenever they are found and well excavated and reported, they are to be cherished by scholars and scientists,” he added.