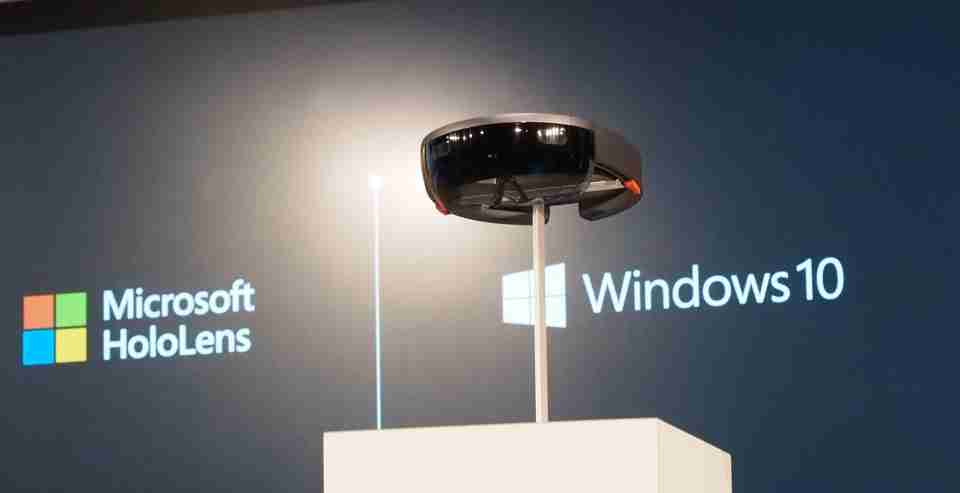 Microsoft is giving a glimpse of how its HoloLens augmented reality headset can work with games at its presentation for E3, the annual game industry conference.

Executives on stage at The Galen Center in Los Angeles demonstrated how the headset was used to play “Minecraft” on a coffee table. While the audience saw Microsoft Studios executive Saxs Persson stare at an empty table, a special camera allowed them to see what he was seeing – a perfect 3-D representation of a pixelated “Minecraft” world.

He was able to zoom into the scene using his voice _ saying “closer” _ and could look through walls to see inside rooms and underground simply by moving his head inside the hologram. He could also navigate the world by pinching his fingers and moving the world around.

Beside him, another executive played along in the world using Microsoft’s Surface tablet.

Microsoft made attendees part of the show during its E3 presentation in Los Angeles on Monday, illuminating the neck-band each person had to wear to gain admittance.

The devices gave the appearance of a wave of lights rotating through the The Galen Center arena, nestled amid the campus of the University of Southern California.

Microsoft kicked off its E3 game industry conference with new footage from its latest franchise game, “Halo 5: Guardians,” which will come out on Oct. 27 and features a multiplayer zone with up to 24 live players and maps four times the size of previous versions.

Executives also got a whoop from the hundreds of bloggers, journalists and gamers in attendance at The Galen Center when they announced the Xbox One console will have backward-compatibility with Xbox 360 games. Discs from the previous Xbox console can simply be inserted, downloaded to the hard drive and played on the newer console.

In a shot at how Sony’s PlayStation allows for playing older platform games with a subscription, Xbox executive Mike Ybarra told attendees, “We won’t charge you to play the games you already own.”

Doors open, and hundreds of people lined up outside are let into The Galen Center in Los Angeles for Microsoft’s Xbox briefing for E3, the video game industry’s annual conference.

Microsoft is expected to promote the latest game in its “Halo” franchise as well as give another glimpse of its augmented reality headset, HoloLens.

Bloggers, gamers and journalists, many wearing the black and green colors of Xbox, stream into the arena on the campus of the University of Southern California. Inside, music is blaring in the darkened space covered in Xbox logos while green spotlights sweep the crowd.