Time will tell if Apple Watch catches on, as Apple fans wait 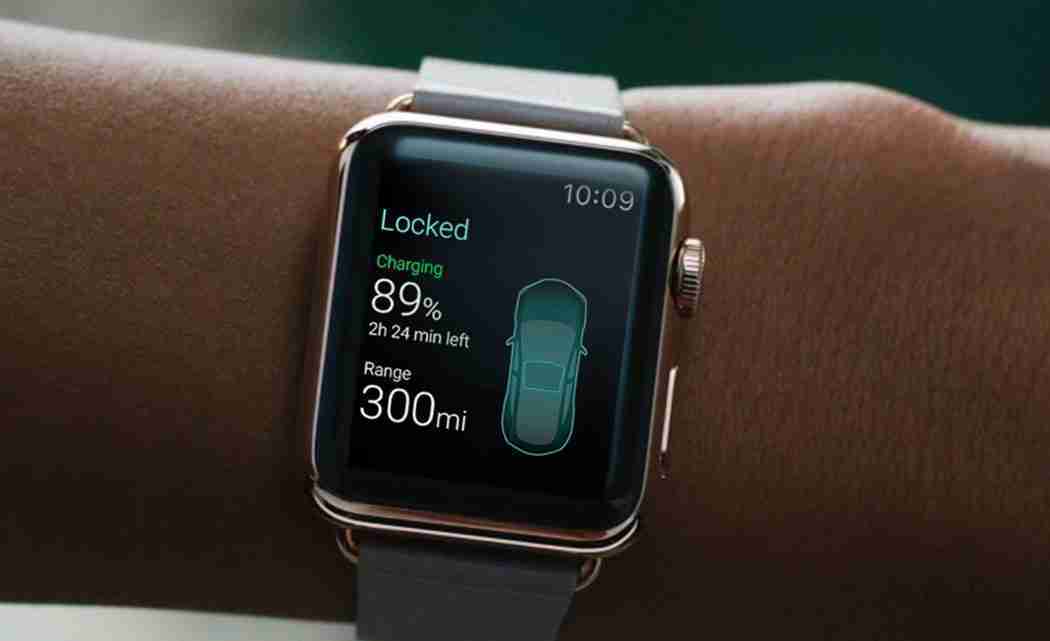 NEW YORK (AP) _ For all those who hailed the iPhone as the “Jesus Phone” in 2007, the Apple Watch’s arrival has hardly been the second coming.

Sure, it can do many useful, even delightful things, such as showing us incoming texts and email, tracking our heart rate during exercise or letting us send digital doodles to friends. But is that enough to spend $350 or more, especially when it requires wearing a watch again? After all, smartphones have negated the need for watches to tell time.

Early Apple Watch owners seem generally happy with it, but Apple’s bigger worry should be those on the sidelines _ even hardcore Apple fans, not to mention the rest of us _ who are waiting to take the plunge. Apple hasn’t released sales figures, but its quarterly financial report Tuesday suggests that they were lower than many Wall Street analysts expected, even though they exceeded Apple’s internal projections.

Some people are waiting for early kinks to be worked out and others, for an “aha moment.”

“It’s been cast as a want, not a need,” said Matt Quick, a Topeka, Kansas, engineer and Apple fan who is holding off on getting one. “I’m kind of waiting to see what next year’s model will bring.”

Patrick Clayton, who has had Mac computers all his life and owns an iPhone and several iPads, returned his Apple Watch after three weeks. The last straw? It nagged the physically active New Yorker to stand up during a six-hour flight.

“Apple is famous for telling us what we need before we need them,” Clayton said. “I thought this would be the case with the watch. But it (just) added something to my life that I didn’t need added.”

That’s not to say the Apple Watch is a bomb. Most analysts and tech reviewers, including The Associated Press, see promise, especially compared with rival smartwatches from Samsung and others. Wristly, a research company created to study the watch, found that early buyers are overwhelmingly satisfied, more so than with the original iPad and iPhone.

And of the more than a dozen early Apple Watch owners interviewed by the AP by phone, email or in person, most of them love their watch. After all, early adopters of new technologies tend to understand that what they’re getting isn’t perfect.

“I’d recommend it to people with an open mind,” said Dennis Falkenstein of Danville, California. He said the watch gets him “everything I want” such as local temperature, or the current time in Japan, where many of his business clients are.

But even so, there’s a long wish list, including smarter apps. Apple is already addressing some of this with a software update this fall. Falkenstein would also like to see the battery life improve from the 18 hours that’s currently promised.

On Tuesday, Apple reported $2.6 billion in revenue from “other products,” which includes the watch. That’s about $952 million more than the previous quarter, when the watch had not yet gone on sale. Analysts surveyed by FactSet were expecting $1.8 billion in watch sales.

Chief Financial Officer Luca Maestri told The Associated Press that revenue from the watch amounted to “well over” that $952 million increase, as the category includes products whose sales fell. Maestri said the watch did better than iPhones and iPads in a comparable period after those products launched.

Apple has run television commercials showing the watch in everyday life, and it has devoted tables at its retail stores for people to try one on and learn more.

Connected wirelessly to an iPhone, the Apple Watch isn’t meant to replace the phone, but rather provide tidbits of information readily while the phone is in a pocket or purse. There’s no keyboard, so searches and messages are done by voice dictation or the selection of a canned response. You can also send doodles and emoji.

David Lubarsky, a Fairfield, Connecticut, photographer, loves that he can get “basic information, quick” and avoid staring at Facebook on the phone all day. It lets him see texts, emails, calendar appointments and baseball scores.

But he gets frustrated when using it to pay for coffee at Starbucks.

“Your wrist doesn’t necessarily twist to the right position to the scanner so it’s pretty awkward,” he said.

Apple Watch also doesn’t always provide the right information at the right time. The watch version of one transit app offers bus schedules for your saved locations _ even if they are far away _ rather than the stops closest to you at the moment, as the phone app does. As for message notifications, it’s great when it’s from someone you want to hear from _ but annoying when it’s not.

It’ll take time for apps to anticipate what users need most.

Apps will get better when Apple updates the watch’s software this fall to permit more “native” apps _ those that aren’t just extensions of phone apps. Some apps could even work without the phone nearby, including games, audio recorders and tools that analyze golf swings.

Apple also needs to ensure that the watch gets the types of essential “killer apps” that propelled the iPhone into an extension of ourselves. For now, it’s sometimes easier to just pull out the phone, and there’s no app you absolutely need the watch for. With phones, you now have maps, cameras and other essentials.

It might be hard to remember, but the first iPhone in 2007 was just a little more than a phone. Apps from outside companies didn’t come until Apple launched its app store the following year _ with just 500 apps. Now, it has more than a million. At first, iPhone apps were dumbed-down versions of websites. Now many apps, such as Instagram, do more than what’s possible over Web browsers.

Apple Watch doesn’t subject owners to ridicule the way Google Glass had, yet it’s still, in essence, a computer on your wrist. Yes, the Apple Watch comes in multiple sizes, materials and bands _ 54 configurations in all _ and other companies sell additional bands. But the watch isn’t stylish enough for everyone and won’t match every outfit.