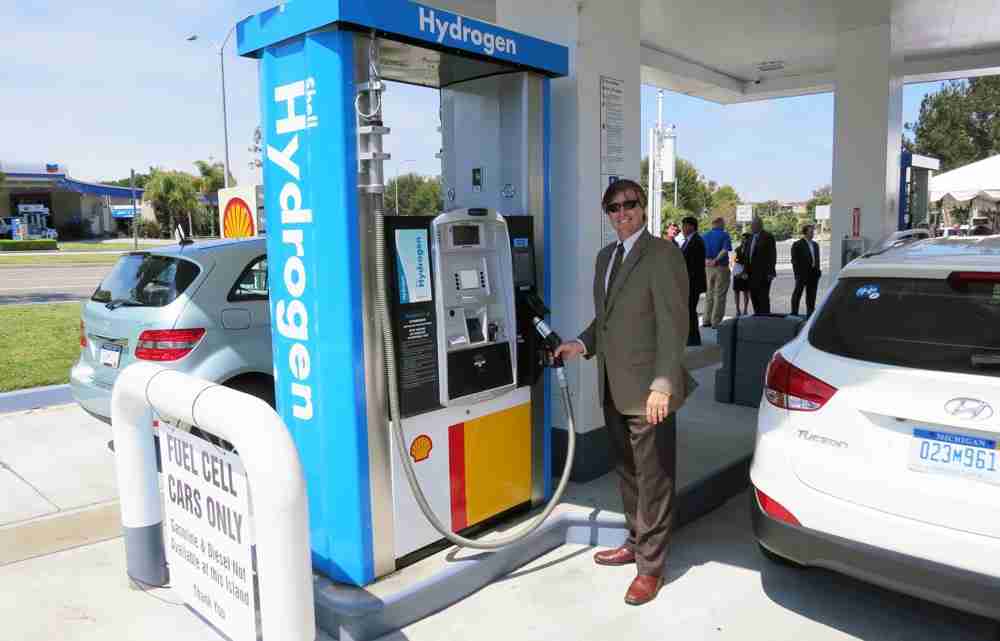 TOKYO (AP) _ Toyota, Nissan and Honda are working together to get more fuel cell vehicles on roads in what they call Japan’s big push toward “a hydrogen society.”

Fuel cell vehicles emit no pollution. They run on the power created when hydrogen stored as fuel combines with oxygen in the air to make water.

Hydrogen fueling stations are needed to make the technology a viable option. Only 23 have opened in Japan so far, with hundreds more being planned.

The automakers pledged up to 11 million yen ($90,000) per hydrogen station per year, to build and maintain them.

The stations already get government subsidies, but they are very expensive and are operating in the red. The automakers’ financing is designed to alleviate that, and proliferation of the technology is expected to lower costs.

Japan is trying to get ahead of the rest of the world in a push for a hydrogen society, which requires energy companies, automakers and the government to work together. Japan also wants to make fuel cells a showcase for the 2020 Tokyo Olympics.

The concern about running out of fossil fuels affects many nations, but it’s especially telling for resource-poor Japan. Green auto technology is also critical to curb global warming.

Hitoshi Kawaguchi, an executive from Nissan, said automakers can compete in products, including fuel cell cars, but they have to cooperate in infrastructure, such as hydrogen fueling stations.

The total value of support the automakers plan for the stations is estimated at about 5 billion yen ($40 million) or 6 billion yen ($50 million), they said.

Next post Tractor-trailer hitches could be faulty, 6,000 may be in use