U of Illinois: Officials broke email rules to hide messages 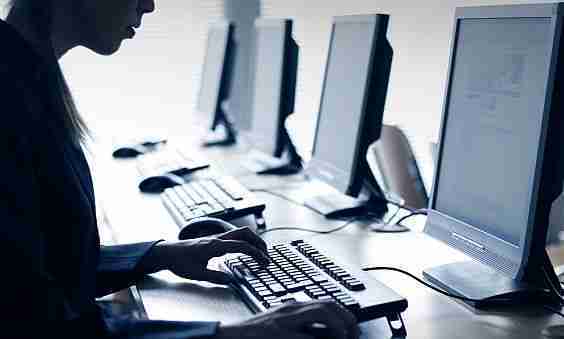 By MICHAEL TARM and TAMMY WEBBER

CHICAGO (AP) _ The University of Illinois announced Friday that several administrators _ including outgoing Chancellor Phyllis Wise _ violated school policy by using private emails to hide correspondence from public view. Those emails included discussions about controlling the damage from a controversy spurred by the revocation of a job offer to a professor who sent anti-Israel tweets.

Emails on three topics _ professor Steven Salaita and his Twitter messages, the hiring of 1970s-era radical James Kilgore to teach, and the opening of a new medical school, Carle Illinois College of Medicine _ should have been turned over in response to a Freedom of Information request, the university said in its statement.

The university simultaneously released hundreds of pages of the sometimes sharply worded and disparaging emails, some of which also bemoaned decisions by others within the U of I leadership. Among the emails were some from Wise, who submitted her resignation Thursday.

In an email dated Sept. 18, 2014, Wise wrote that she was purposely not communicating on the university’s email system because of a litigation matter, one that was not related to the professor, Kilgore and the medical school.

“We are doing virtually nothing over our Illinois email addresses,” Wise wrote to a university professor. “I am even being careful with this email address and deleting after sending.”

University spokesman Tom Hardy would not say if Wise was asked to step down before she resigned. He also said any question of discipline for remaining employees who failed to disclose personal emails “would have to be determined by the president of the Board of Trustees,” and there is no immediate plan to hold a special meeting to address the emails.

Both Wise’s office and the university spokesman said she was traveling and unavailable for comment. She did not immediately respond to a message left at a residential phone in Champaign. Her resignation is effective Aug. 12.

In the statement Friday, University President Timothy Killeen is quoted as saying the University of Illinois “takes its commitment to FOIA compliance and integrity seriously.”

“I am fully committed to a strong culture of transparency and trust, and I expect all U of I employees will be as well,” he said.

Wise’s decision to rescind a job offered to Salaita led to his lawsuit against her and the school, as well as bad publicity in the academic world, where some questioned whether his right to free speech had been violated. Some academics refused to visit the campus for conferences, and the American Association of University Professors voted earlier this year to censure the university.

A judge had denied most of the university’s request to dismiss the case on Thursday.

Salaita, whose father is from Jordan, had written a long series of tweets in the summer of 2014 complaining about Israeli military action in Gaza. Some university donors complained to Wise that the messages were anti-Semitic.

“Zionists: transforming `anti-Semitism’ from something horrible into something honorable since 1948,” he wrote in one message.

Kilgore served time for his role in a 1975 bank robbery committed by members of the radical Symbionese Liberation Army during which a housewife died. He was rehired in December to teach the course “Sweatshops or Flat World Opportunities? Exploring the new World of Work.” Earlier in 2014, the university told Kilgore it would no longer hire him.

Carle is a local hospital and partner with the university. The new medical school focuses on engineering and technology in medicine.