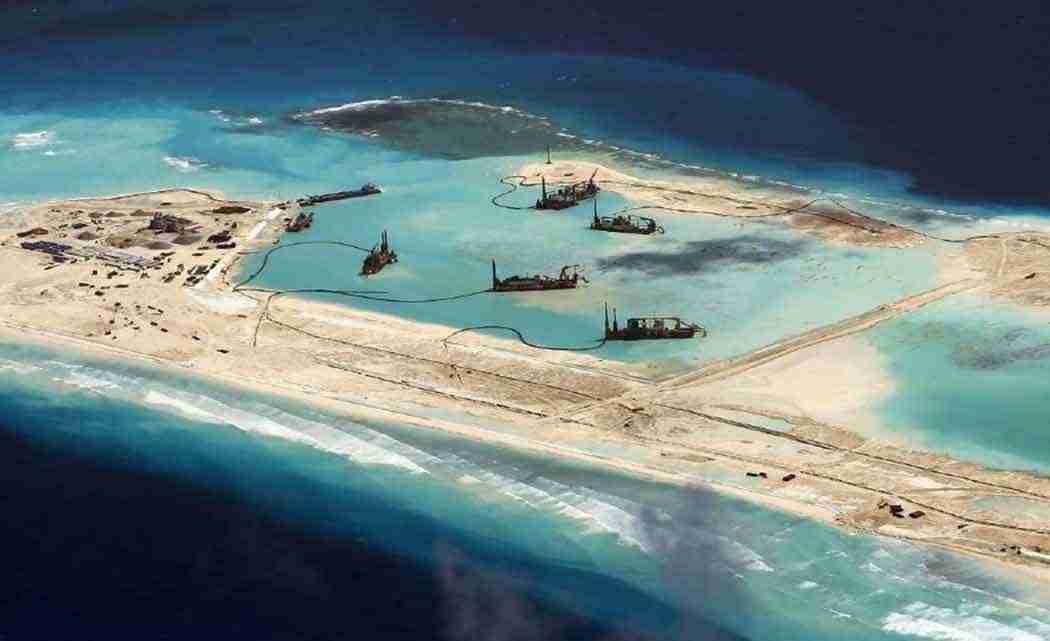 WASHINGTON (AP) _ China’s rapidly expanding campaign to construct artificial islands, potentially for military use or airstrips, now totals about 2,000 acres (800 hectares) and could far outstrip that amount as the year goes on, a senior defense official said Friday.

The new estimate, disclosed for the first time, comes as the Pentagon released its annual report on China’s military power. The report warns that while the intent of Beijing’s construction in contested islands in the South China Sea intent is unclear, five emerging outposts could be used for surveillance systems, harbors, an airfield and logistical support.

The wide-ranging report also details Chinese government-backed cyberattacks against the U.S. government to collect intelligence and steal high-tech data from defense programs to support China’s industry. And it warns that China now “boasts the most dynamic space program in the world today.”

The document also repeats persistent U.S. concerns about China’s growing capacity to project military power beyond its borders, with continued investments in new missiles, ships and aircraft as well as cyber, space and electronic warfare. That military modernization, the report said, “has the potential to reduce core U.S. military technological advantages.”

For the first time, however, the report describes the “extensive” land reclamation at five outposts in the Spratly Islands, adding that at four of the sites the work has shifted to mainly development and construction.

The report says China had reclaimed about 500 acres (200 hectares) as of late last December, underscoring the dramatic increase in the past four months. The defense official said the construction has been methodical and continuous since December. The official was not authorized to discuss the issue publicly and spoke on condition of anonymity.

According to the report, China’s government says the projects “are mainly for improving the living and working conditions of those stationed on the islands. However, most analysts outside China believe that China is attempting to change facts on the ground by improving its defense infrastructure in the South China Sea.”

Chinese officials have defended the land reclamation by saying it is Beijing’s territory, adding that the buildings and infrastructure are for public service use and to support fishermen. It accuses the Philippines, Vietnam and others of carrying out their own building work on other islands.

The Obama administration says land reclamation risks exacerbating tensions in the South China Sea, where China and five other claimants contest sovereignty of tiny islands and reefs. Last summer, the U.S. called for a moratorium on construction work by the various claimants, but China has only doubled down.

U.S. officials are concerned China’s activities could be a prelude to enforcing a possible air defense identification zone over the South China Sea, similar to one it declared over disputed Japanese-held islands in the East China Sea in 2013.

Although it is unclear what will ultimately be built on these expanded outposts, the report says, “China will be able to use them as persistent civil-military bases of operation to enhance its presence significantly in disputed areas.”

China’s reclamation program dwarfs that of any other nation and has inflamed tensions in the region. Last month, the Philippines urged its fellow Southeast Asian countries to take immediate steps to halt the building, warning that failure to do so will allow Beijing to take “de facto control” of the area.

According to the defense official, Vietnam has reclaimed about 60 acres( 25 hectares) of land since 2009. The report said Taiwan began a “modest land reclamation effort” on Itu Aba Island last year, and has reclaimed about five acres (2 hectares) near the island’s airstrip. There are reports that Taiwan is building a $100 million port near the airstrip that could accommodate naval frigates and coast guard cutters, the Pentagon said.