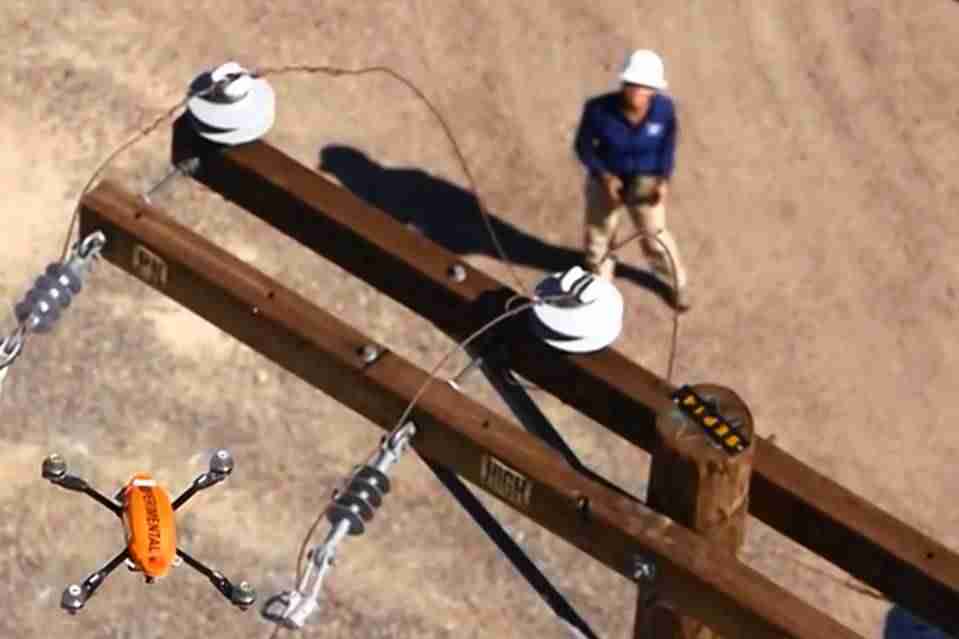 By RAY HENRY
LITHONIA, Ga. (AP) _ When tornadoes and hurricanes topple power lines in the future, flying drones might be the first to pinpoint the damage.

Power companies across the United States are testing whether small drones can spot trouble on transmission lines or inspect equipment deep inside hard-to-reach power plant boilers.

That’s just for starters. Researchers and industry executives predict the drones could provide security surveillance to deter vandalism on remote gear and make it safer for utility workers to climb poles and towers. One of the country’s largest power companies, Southern Co., says it hopes drones can eventually identify storm damage in the Southeast and allow it to increase its routine inspections.

About a dozen utility or service companies have sought permission to use drones for similar purposes.

“One of the biggest challenges is going out and assessing the system,” said Andrew Phillips, who has directed drone research for the Electric Power Research Institute, an electric industry trade group. “Can we use UAVs to speed that up and do it at a much-faster pace and just getting information? What’s the situation? What resources do I need?”

Southern Co. is now flying a roughly 7-pound drone at a site east of Atlanta where it normally trains linemen. During a recent demonstration flight, the Aeryon SkyRanger buzzed overhead, flying along an inert transmission line with a camera capable of zooming on tiny imperfections from far away.

The drone can fly for about 20 minutes even in choppy wind and bad weather. Right now, the utility inspects its 27,000 miles of transmission lines in the Southeast using planes and helicopters. After a storm, workers in trucks must often scour the countryside looking for damage, a time-consuming task.

Southern Co. described the drones in federal filings as “significantly safer” than having workers inspect lines in low-flying aircraft or bucket trucks. Aircraft can crash, and bucket trucks can be cumbersome or impossible to drive through storm-damaged or remote areas.

A drone could “point to areas, point to exactly where you need to go, point to what you might need to take with you to do the repair,” said Larry Monroe, the senior vice president for research and environmental affairs at Southern Co.

Still experimenting with the technology, Southern Co. officials hope to test a drone near an electrified transmission line by early fall.

Some have voiced concerns. The Air Line Pilots Association International, a labor union, said drone pilots should be licensed for commercial flights like its members, a higher standard than the government required of Southern Co. The National Agricultural Aviation Association says the drones should be better equipped to avoid collision with low-flying crop dusters and other aircraft.

“It’s easy to go up and make some cool pictures,” Phillips said. “It’s pretty hard to do a real inspection and get value out of it.”

Xcel Energy recently used a drone to inspect the boiler of three power plants in Colorado and Minnesota. The boilers are typically eight to 10 stories tall and have thousands of components that must be inspected. Normally, the company’s workers spend a week building scaffolding and using ladders and suspension devices to inspect boiler equipment. Doing the same job by drone took a day and was less risky for workers.

“We got the same quality results,” said Michael Lamb, Xcel Energy’s vice president of operating services. “This has got a lot of potential.”

Next post Thailand's only known MERS patient is virus-free

Previous post 'Inside Out' celebrates edge over 'Magic Mike,' 'Terminator'