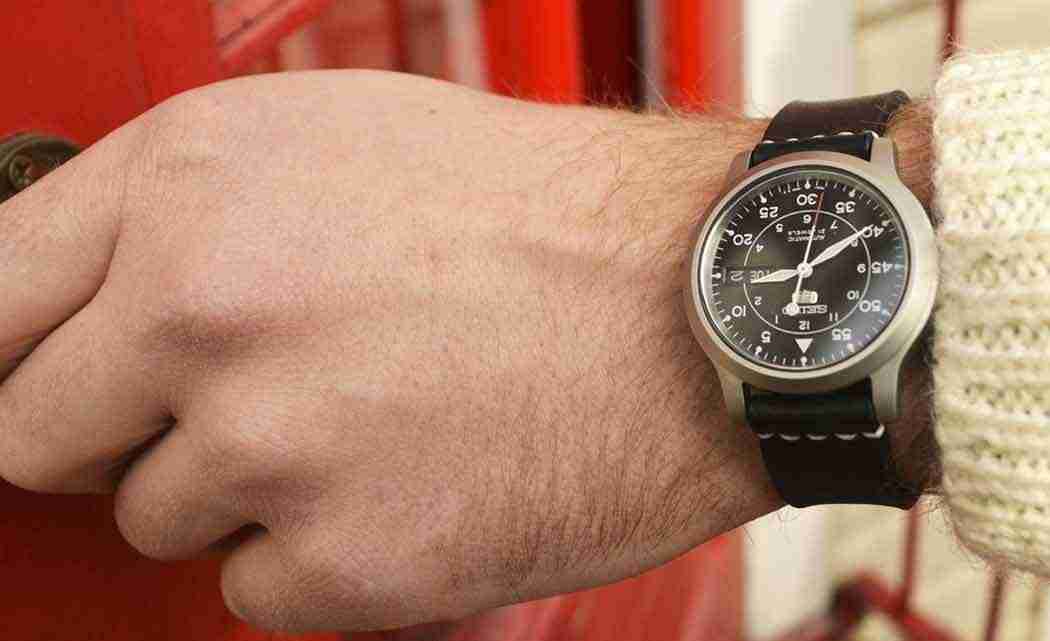 By YANN RANAIVO
The Roanoke Times

BLACKSBURG, Va. (AP) _ In a world where much of the most appealing new businesses revolve around ever changing high-tech gadgets, some will never let go of the more simple, timeless things.

While many of his entrepreneurial-minded peers at Virginia Tech are busy trying to build the next popular app or Internet service, Sky Van Iderstine decided to apply his creativity to designing custom leather straps for watches and bicycle grips.

Two years ago in January, Van Iderstine, who’s finishing up a degree in mechanical engineering, launched an online leather watch strap business called Strapping Fellow that he’s been running out of his apartment near campus.

Van Iderstine said he simply got the idea after looking for watch straps himself.

Available at strappingfellow.com, buyers measure their wrists and include that information when ordering from Van Iderstine, who then personally makes and ships the straps within three weeks.

Staying trendy is not going anywhere for now, and accessories are still a big part of that, Van Iderstine said when explaining his reasons for starting the business.

“It allows people who are passionate about their product … to really be able to personalize it,” he said.

With the straps each costing an average of roughly $60, the business has since its launch experienced “slow, steady growth,” Van Iderstine said. The Virginia Tech student right now dedicates about 10 hours a week to a venture he launched using $800 out of his own pocket.

While he seems to be running a pretty solid business for a student, Van Iderstine said there’s a good chance the wrist accessories may not be part of the long-term plan to work for himself.

Still without a website and even an actual item to sell, plans call for Formy to eventually develop bicycle grips built to be as comfortable as possible for each individual cyclist. The size of each grip will be based on the hand measurements the buyer includes in an order.

The grip, Van Iderstine said, would be especially beneficial to avid cyclists who often do multiple-hour rides.

“If you have a hard handle, you feel all the vibration from the road,” he said, referring to a problem he wants to remedy.

Van Iderstine has built a prototype that was printed out of a 3-D printer he said he bought with money won from a business competition. The grip itself is made out of a flexible plastic.

Van Iderstine plans to launch an online Kickstarter campaign this summer that he hopes will raise the money needed to scale up his equipment and manufacture a larger amount of grips. He will also allow grips to be bought through the crowdfunding campaign.

“We’ll sell as many as we can,” he said. “It’s (Kickstarter) kind of a litmus test to see if there’s a demand out there, and to see how the market reacts.”

Van Iderstine also plans to later obtain a patent not for the actual grip, but for a part of the product’s modeling process.

Van Iderstine currently uses a handheld 3-D scanner on a model made of much cheaper material to manually capture all of the grip’s shape and dimensions. But he’s building a scanner that will automatically capture all the dimensions and cut down the overall scanning process considerably.

The leathercraft and cycling industries have existed for generations, but Van Iderstine believes his understanding and use of the Internet allow him to gain some extra steps on the competition. He even went as far as to say that many leather workers are long-time crafters who have never quite cared for building their businesses through websites.

“The difference is the website,” he said before later adding that he also offers deals such as letting customers get a repair or full refund for up to a year if they are not completely satisfied with a strap.

Whether or not Van Iderstine builds a thriving accessories business later in his life, the outside money and recognitions he’s received in recent months demonstrate that he at least shows promise.

Last month, Van Iderstine won an innovator of the year award from the Apex Systems Center for Innovation and Entrepreneurship, a program at Virginia Tech that is promoting student entrepreneurship.

Prior to the award, Van Iderstine won $3,000 from a business pitch competition at the University of Virginia and $5,000 back in December from an innovator competition at Virginia Tech.

And Van Iderstine has even gotten some national recognition.

Mentioning his love for Legos as a youth, Van Iderstine said his decision to try to pursue product development is rooted in his lifelong love for designing things.

“I’ve always made things,” he said. “I figured product development is what I want to do.

Van Iderstine said he’s also fortunate to have access to technology that wasn’t available to hopeful product developers decades ago.

“The Internet and 3-D (printers) make the technology and enterprise necessary accessible to an individual,” he said.