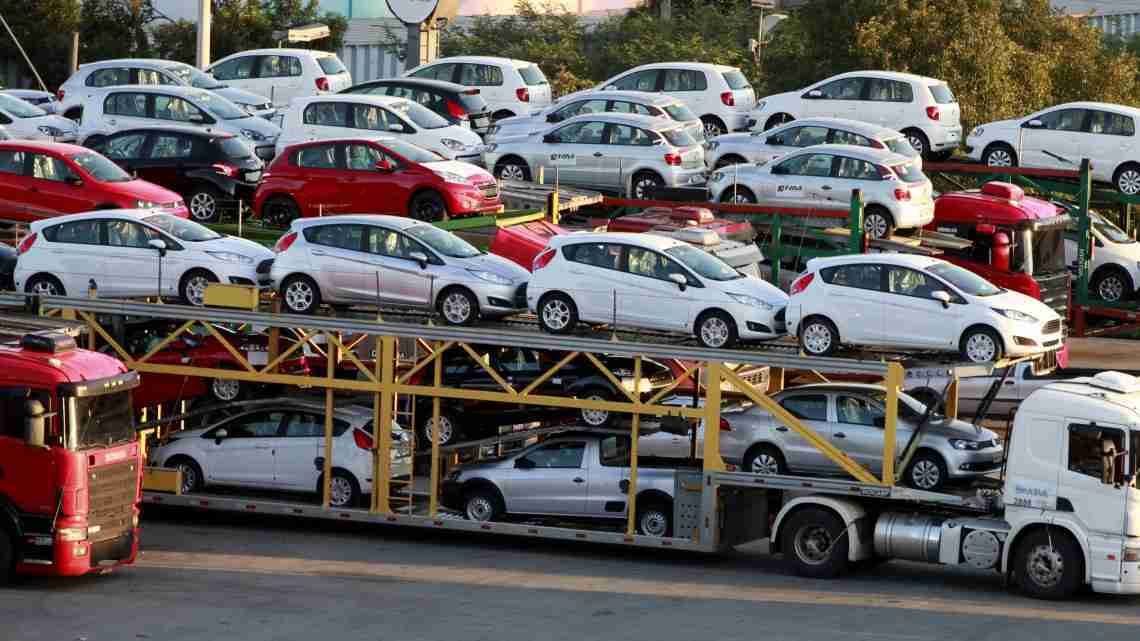 On expansive lots below the Walt Whitman Bridge, on parcels at the Philadelphia Navy Yard. On Norfolk Southern Corp. rail land, and along the old Mustin military airfield now part of 200 acres known as Southport, at the eastern end of the Navy Yard.

Since August 2010, when Hyundai Motor Co. and Kia Motors Corp. moved their vehicle-import business from Baltimore and Newark, N.J., ports to Philadelphia’s waterfront, the number of shiny Hyundai Sonatas and Kia Sorentos rolling off ships has risen from 127,406 in 2011 to 143,258 in 2012 and 151,296 last year.

This year, 165,000 new vehicles are expected to arrive at the Philadelphia port, including 65,985 through the end of May. That’s up 9 percent from a year ago, according to the Philadelphia Regional Port Authority, which owns the auto-finishing facility on about 90 acres beside the Walt Whitman Bridge.

While more cars are arriving, they are sitting on lots longer – about 30 days compared with 20 days last July, said John Brown Jr., president of Penn Warehousing & Distribution, which employs the Teamsters laborers who fuel, wash, add accessories, and inspect the cars before they are loaded onto trucks headed to dealer showrooms in 13 states from Maine to Virginia.

It’s one of the largest auto-finishing operations on the East Coast.

The gigantic ships transporting the cars from South Korea are met by members of the International Longshoremen’s Association who unload the cars at Packer Avenue Marine Terminal at Columbus Boulevard and Oregon Avenue, and drive them to nearby vacant lots.

Lately, there has been a scramble for land to put them in Philadelphia because Hyundai and Kia are making cars faster than they are being sold.

Sales of Hyundai and Kia were up 2.2 percent and 4.1 percent through the end of May, said Jack Nerad, analyst for Kelley Blue Book’s kbb.com. Sales numbers can be deceiving because an automaker may be selling cars, but has to discount them heavily, said senior analyst Michelle Krebs at AutoTrader.com.

“When an automaker has too many cars, they sell them cheap to rental car companies just to keep the factories going and keep moving the metal,” Krebs said.

When dealers are unable to sell cars quickly, they accept fewer deliveries, thus the need for places to store them.

The Philadelphia Regional Port Authority, a state agency that owns land and piers on the Philadelphia side of the Delaware River, leased 8.5 acres in May under a short-term arrangement to park cars next to Mustin airfield linked by a new road to Columbus Boulevard.

Cars are also parked on 16 acres around a seaplane hangar at the Navy Yard, and on a nearby parcel owned by the Philadelphia Industrial Development Corp.

Gerard Sweeney, appointed PRPA chairman in February by Gov. Wolf, said the tracts at the seaplane hangar and at the airfield “are temporary accommodations to facilitate the cars, as well as an increase in container cargoes coming through the port. We are able to move some cars off space by Packer Avenue Marine Terminal to open up space for additional container and chassis storage.”

The short-term leases will not “impede or encumber” any plans by the port authority board and the Wolf administration to develop Southport, Sweeney said. A solicitation process to accept proposals to develop the 200 acres, south of the Walt Whitman Bridge, will begin in early fall, with a “rigid timetable” for submitting plans, Sweeney said.

Fifteen companies, including marine terminal operators, energy firms, and automobile processors, have expressed interest in controlling all or part of the Southport land, one of the last large undeveloped tracts on the Delaware River. At stake could be millions of dollars in business opportunities and many new jobs.

Sweeney said studies are underway by outside experts to recommend what would bring “a true competitive advantage” to the Philadelphia port.

All ideas for the maritime property will be important, Sweeney said, noting that “the cars, the container cargoes, the potential energy uses are all of great importance to both the port and the administration.”

“You have 5,000 vehicles showing up in a period of three days. They all have to go somewhere,” Holt said. “You need extra storage capacity in the supply chain pipeline to lay the cars down until they are ready for processing.”

The cars are on about 140 acres around South Philadelphia, he said.

“It’s a great problem for Philadelphia to have,” said Brown, who has a contract to prep the autos. “We’re processing on average from 700 to 740 cars a day. We’re employing on a regular basis, between the Teamsters and the truckers who pick the cars up, about 400 people a day making a living from the auto processing center.”

Previous post 3,200 GE Transportation workers in Erie among those in deal