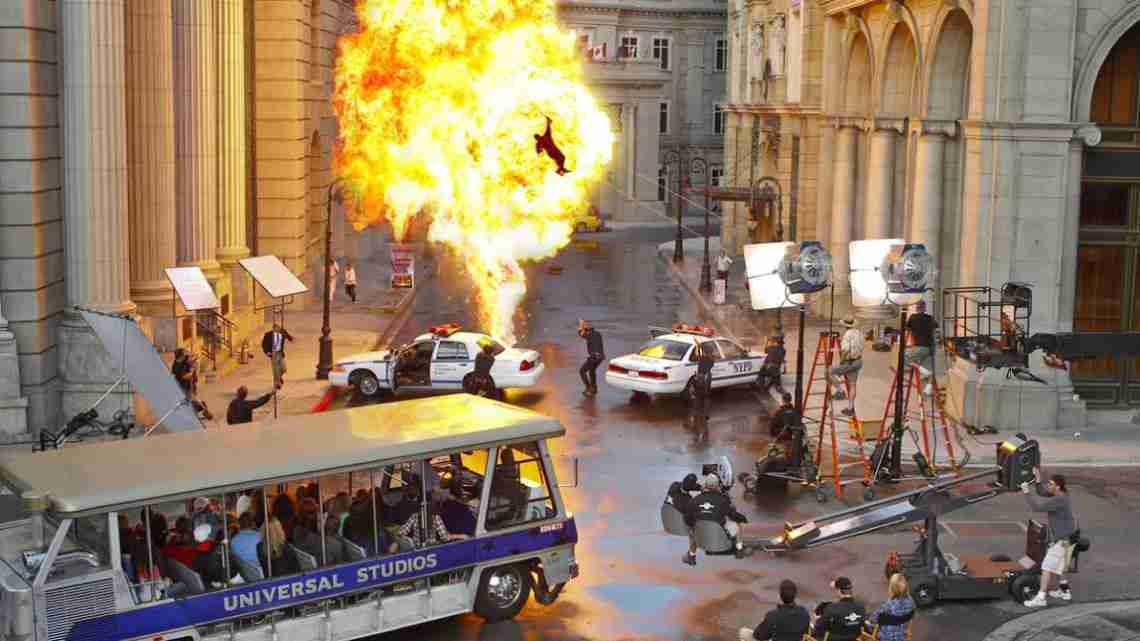 “I’m more excited than anybody to get on that tram and I want to be in the front seat and I want to know what this thing feels like,” said Diesel during a press preview for the ride on Tuesday.

“Supercharged” is a 3-D motion addition to the park’s classic studio tour tram ride. Stars of the films take guests on an explosion-packed car chase using hydraulics and HD images projected on a massive 360-degree screen. Riders are blasted with wind, fog and mist as they attempt a high-speed escape through crashing cars and gunfire.

“I know when we were making it, it felt like we were creating something that I had never experienced. We employed all kinds of incredible technology,” said Diesel before opening the ride with a ceremony, which included pyrotechnics and car stunts. “I’m really excited to get in there and feel it out and get that adrenaline pumping.”

During his speech to the crowd, Diesel dedicated the ride to his “Fast & Furious” co-star Paul Walker, who died in a car crash in 2013.

“It feels like we’re beyond having to prove that it’s a worthy saga and it feels like we can focus on making it the best film in history and that’s what we’re going for,” Diesel told reporters on the ride’s red carpet.

Statham was tight-lipped about the next film, but teased a possible return of his imprisoned character, Ian Shaw.

“Anything is possible in the movies, you know that,” said Statham. “Unless you’re dead, which Shaw wasn’t dead. So you know there’s a few ways we can resuscitate him. We can get him out of that prison in more ways than one, don’t you worry about that.”

Diesel previously announced that the 8th installment will be released on April 14, 2017.

Next post Washington regrets having to walk away from Rangers job