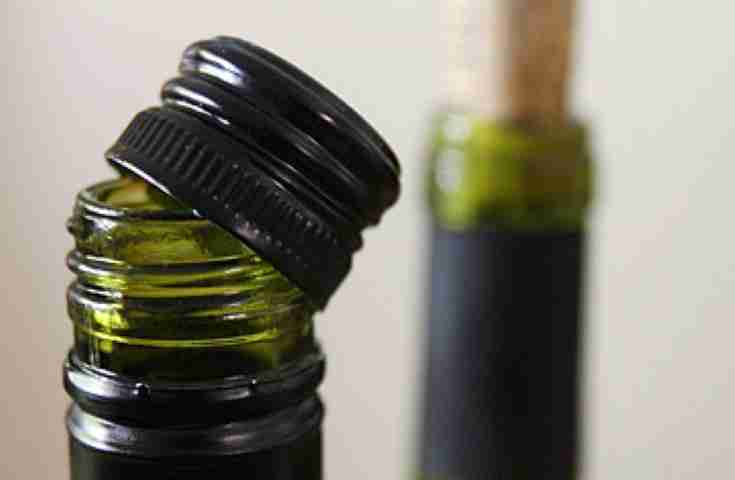 SPOKANE, Wash. (AP) _ They don’t stand on snobbishness when it comes to making wine at Washington State University.

For the past six years, every wine made by a WSU enology student or researcher has come with a screw cap.

When Washington State scientist Walter Clore’s research helped create the state’s wine industry in the 1930s, cork was the only method for sealing a wine bottle.

But that has changed, as aluminum screw caps have started to replace the venerable cork across the industry. Screw caps have since moved from the cheapest wines to higher-priced offerings, as winemakers seek to avoid a problem called cork taint.

Since wines started flowing into glass bottles in the 15th century, corks made from the bark of the cork oak tree have been the main stopper. Today, about 80 percent of the world’s 20 billion bottles produced each year are sealed with cork, WSU said. But the rest are sealed by either screw tops, synthetic corks or glass stoppers.

Cork taint can wreck as many as seven bottles of wine out of a hundred, putting a moldy, musty, off-putting smell inside that expensive bottle of chardonnay.

“Dump chlorinated water onto wood or cardboard, and boom, you have TCA,” Henick-Kling said.

Not only are bad corks a problem for commercial winemakers, but they can ruin wine research.

“We cannot simply discard several and look for one with a good closure,” Harbertson said. “Every bottle needs to reflect the quality of wine produced for a particular research project.”

Bigger wineries have switched to caps for the same reason.

“If a consumer opens their wine, and it happens to be corky and they don’t like it, they may not know it’s the cork. They blame the winery,” said Henick-Kling.

Washington has hundreds of premium wineries and many of them use screw caps exclusively, said Michaela Baltasar, communications director for the Washington Wine Commission in Seattle.

The commission does not have exact numbers, but she said they have definitely become more commonplace.

“These wines aren’t what you would consider entry-level bottles,” Baltasar said. “They can retail for $40 or $50.”

Cork developed as the main wine stopper because it was spongy enough to be forced into the neck of a bottle, and then expanded to form a seal.

The problem, he said, is there is no practical way to test every cork, so winemakers always run a risk of a corky or poorly aged wine.

Under caps, “you can control oxidation. You can completely keep it out, or allow a small, controlled amount of oxygen to get in,” Henick-Kling said.

Air flow through a cap is controlled by the kind of plastic liner that forms the seal. Some liners breathe, others don’t.

“With a screw cap, I don’t have to worry. It’ll be fine for 20 years or longer,” Henick-Kling said.

Aesthetically, caps and corks are different. Screw caps twist off. Cork requires some finesse with a corkscrew to open, and makes a satisfying pop when the cork comes free.

“There’s a certain, satisfying sound, and a certain feel, when you’re removing the cork,” Harbertson said.

Researchers at WSU are also studying how wine consumers react to different closures.

“There is interest in the industry to see how these wines change,” said WSU food scientist Carolyn Ross.

Ross suspects consumer reaction may have changed since then.