You still use a landline? FCC voting on new phone rules 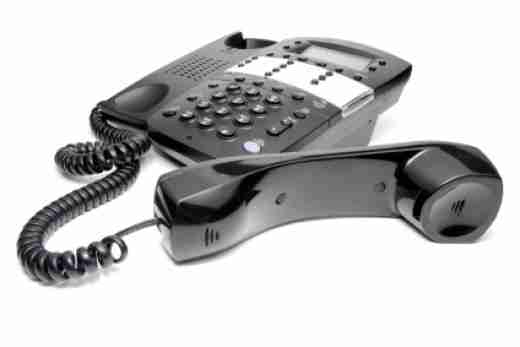 WASHINGTON (AP) _ The copper network behind landline phones, a communications mainstay for more than a century, is going away, as cable and fiber-optics lines come along with faster Internet speeds.

But the alternatives have drawbacks, including an inability to withstand power outages. The federal government is considering rules Thursday to make sure Americans aren’t caught off guard in emergencies if they switch.

Many people already scoff at the idea of a landline. About 45 percent of U.S. households just use cellphones. But outside of cities, cell service can be poor.

Yet even among households with wired phone service, according to a government study last year, about half of them have already ditched copper-based landlines for an Internet-based phone service sold by phone and cable companies and typically packaged with TV and Internet services. That’s expected to continue.

Fiber and cable networks come with big benefits, such as faster Internet service and expected improvements in 911, including the ability to send texts and photos. Verizon also says fiber lasts longer than copper and doesn’t need as much maintenance.

But a home phone that relies on the Internet will go out when the power does. With copper networks, the phone line delivers its own power source and will continue to work _ as long as the phone isn’t a cordless one needing separate power.

In addition, many home burglar alarms and medical alert systems run on the copper network, so people need time to get replacements.

“One of the concerns we all have is people don’t understand the difference in these kinds of phone service. They see a phone is a phone is a phone,” said Mimi Pickering, a documentary filmmaker in rural Whitesburg, Kentucky. She fought unsuccessfully against her state’s recent decision to drop requirements that phone companies provide old-fashioned phone service to all homes. Instead, they can now offer a wireless or Internet-based service instead.

The march away from copper appears inevitable.

“There will be so few people on the network that it won’t be economical to maintain it,” said Jon Banks, a senior vice president at United States Telecom Association, which represents Verizon, AT&T and other phone companies. “When copper wears out, nobody really wants to replace it with more copper.”

On Thursday, the Federal Communications Commission is expected to require that phone companies warn residential customers three months before they abandon a copper network. For businesses, six months’ notice would be required.

Phone and cable companies would also have to warn customers with newer technologies that the phone will go out with the power, so people have time to get replacement alarms and backup batteries if necessary.

“If you mess with people’s phone systems without explaining what’s going on, you have real issues,” said Harold Feld, senior vice president at the public-interest group Public Knowledge. “People’s lives depend on it.”

He estimates that about 80 million people as well as several million small businesses still have traditional copper-based phone service.

Some customers, consumer advocates and the telephone-workers union accuse the phone companies of not repairing copper networks that they want to shut down. The new rules would prohibit companies from retiring a copper network through neglect. If it wants to abandon copper, it would need to tell customers.

In FCC filings, Verizon says that retirement-by-neglect is a myth, while CenturyLink says it spends billions of dollars to maintain its copper network and doesn’t see the need for this rule.

Consumer advocates have particular concerns about remote areas. They worry that copper will be replaced there with wireless services that don’t do as much.

They point to what happened on the western part of New York’s Fire Island after Superstorm Sandy destroyed a lot of the copper wiring there in 2012. Verizon wanted to replace it with a home phone service called Voice Link, which relies on the cellular network but is not a cellphone. But, unlike copper, Voice Link couldn’t be used for Internet service and didn’t work with faxes or credit-card machines used by small businesses.

After complaints, Verizon said it would also build a fiber network.

But some people, even in big cities, just want to keep their copper phone line.

“I’m on the 40th floor of an elevator building,” said Lynn Caporale, 57, who lives in New York. In a power failure, “I would have no elevator, no lights, no running water,” she said. And if Verizon took away her copper landline, “I would have no way of communicating with anybody.”

The FCC wants to assuage her fears. To keep phones running on newer networks and make sure people can call 911 in an emergency, the agency would also require that phone and cable companies sell customers backup batteries with eight hours of power, if they want it. Verizon already sells one for $40. After three years, the battery would have to last 24 hours.

Under the FCC proposal, phone companies would be able to shut down their copper without FCC approval if “no service is discontinued, reduced, or impaired.” Otherwise, they need permission. But the standards for what constitute worse service are still being worked out. The agency is asking for opinions on things like voice quality and support for home alarm and medical monitoring systems.

While the notifications requirements would take effect in a few months, if they get approved Thursday, the standards on service quality will take longer.