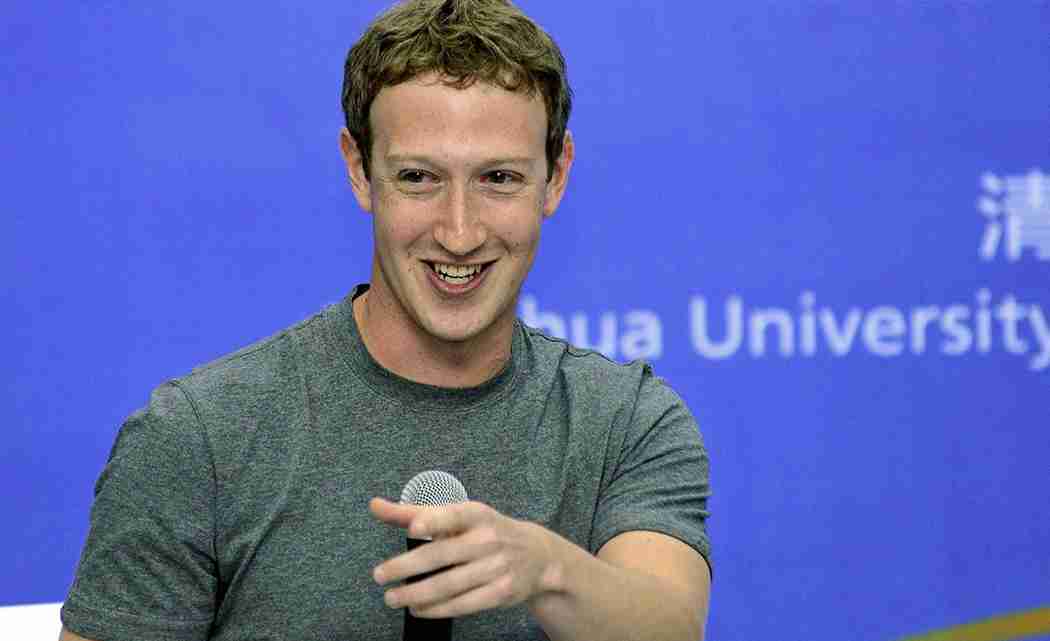 BEIJING (AP) – China may ban Facebook, but not its co-founder Mark Zuckerberg. The young billionaire delighted an audience of students at a prestigious Beijing university this week with a 30-minute chat in his recently learned Mandarin Chinese.

– DID HE COMPLAIN ABOUT THE BAN? He made no explicit mention of China’s ban on the social media giant, but an indirect reference to it drew laughter during the question-and-answer session Wednesday at Tsinghua University. Zuckerberg, whose company has long sought to enter China, noted Facebook already helps some Chinese companies in foreign markets, citing computer maker Lenovo’s ads on Facebook in India.

“Speaking of China, I have a more difficult question for Mark, which I hope will not get me fired. What are Facebook’s plans in China?” asked the forum facilitator and Facebook employee Wei Xiaoliang, to the laughter and applause from the audience.

“We are already in China,” Zuckerberg said in Chinese, to more laughter. “We help Chinese companies gain customers abroad,” he said.

“We want to help the rest of the world connect to China.”

– WHY WAS ZUCKERBERG IN CHINA? Zuckerberg may be hoping to lay the groundwork for an eventual entry into China, but he visited Beijing this week as a newly appointed member of the advisory board for Tsinghua University School of Economics and Management and met with the university’s president on Tuesday.

Both he and the university posted clips of his Wednesday session, which was open to questions from students for the last 8 minutes.

Facebook has been banned in China since 2009. Beijing promotes Internet use for business and education but bans material deemed subversive and blocks access to foreign news and social media websites that authorities believe could stoke social unrest.

– SO, HOW’S HIS CHINESE? Zuckerberg’s Chinese pronunciation was far from fluent, and some native speakers called it a “challenge” to understand. He sometimes struggled with certain words and tones, and needed help in understanding questions in Chinese. But he was able to express himself well and maintain an intelligible conversation for a half hour. The students responded with warm cheers for his effort and laughter at his humor.

Zuckerberg married Chinese-American Priscilla Chan in 2012, and set himself the goal of learning Mandarin in 2010. He said Wednesday that he wanted to learn the language partly because his wife’s grandmother only speaks Chinese. He recalled informing the grandmother of the marriage plans.

“Priscilla and I decided to get married, so I told her grandmother in Chinese, and she was very surprised,” Zuckerberg said.

– WHAT ELSE DID HE SAY? Zuckerberg said several things apparently aimed at endearing himself to the Chinese audience. He said China is a great country and hopes that learning the language will help him learn its culture. “The Chinese language is difficult, and I speak English, but I like challenges,” Zuckerberg said.

When asked about his favorite food, he cited “Beijing hutong snacks” sold by street-side vendors in the capital, and Peking duck, Beijing’s signature dish of duck meat served with sauce and rolled up in a crepe.

– HOW WAS HE RECEIVED? Tsinghua students gave Zuckerberg a warm reception. On social media, many microbloggers noted the irony that Zuckerberg’s famous creation is blocked in China.

Designer David Wang, in an interview in downtown Beijing, said he would be happy if Facebook was allowed across the so-called Great Firewall of China. “Because now we have to use software to jump the wall if we want to access Facebook,” he said.

Li Qin, a computer programmer from the eastern city of Hangzhou, said on a microblog that she could barely understand Zuckerberg’s Chinese.

“It was a challenge for Chinese listening comprehension. But even though Facebook cannot enter the Chinese market, Mark is still making a fighting effort to learn,” she said. “It was quite a funny scenario.”