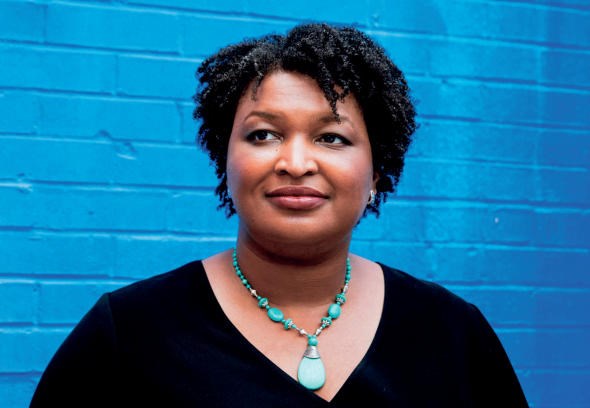 One year after the death of the great civil rights icon John Lewis, a group of Texas Democratic lawmakers is following Lewis’s lifelong call for people to make “good trouble” and “necessary trouble” to secure equality and justice for all. Congressional Democrats should bring the same level of commitment to resisting and overturning a new wave of voting restrictions that voting rights activist Stacey Abrams has labeled “Jim Crow 2.0.”

Here’s why dozens of Texas lawmakers are in Washington, D.C. this week.

Texas is the latest Republican-run state where legislators and the governor are trying to impose new voting restrictions – banning drivethrough and 24-hour early voting, restricting distribution of absentee ballots, imposing new voter ID provisions – that they hope will make it harder for Democrats to win future elections. Their voter suppression laws are aimed at Black and brown voters and others more likely to support Democratic candidates.

Republican ofﬁcials are also trying to make former President Donald Trump happy by giving credibility to his false claims that the 2020 election was stolen from him. They’re using his lies about “election fraud” and “election integrity” to justify new restrictive voting rules.

In Texas, Republicans control the state House and Senate. And hard-right Gov. Gregg Abbott is eager to do Trump’s bidding. Back in May, Texas Republicans tried to push their election bill through the House just before the close of the legislative session. Because the Texas House is required to have two-thirds of its members present to conduct ofﬁcial business, Democratic legislators stopped the bill from passing by walking out of the chamber.

But Gov. Abbott is so set on getting his new voting law that he ordered legislators to come back into session this month to push it through. To prevent the state’s Republicans from forcing new voting restrictions into law, more than 50 Democratic legislators left the state.

Gov. Abbott and Republican Senate leaders have threatened lawmakers with arrest to try to force them to attend the session. And he has said he will keep calling special sessions until he gets his way. That’s why the Texas legislators came to Washington, D.C. They brought an urgent message to members of Congress: the only way to protect voters from voter suppression at the state level is to pass national voting rights legislation.

The House of Representatives has previously passed the For the People Act, which would reverse many new voting restrictions and includes a number of priorities speciﬁcally outlined by John Lewis during his lifetime, and the John Lewis Voting Rights Act, which would help prevent future voter suppression efforts from taking effect. Both are essential to protect democracy and voting rights. But right now Senate Republicans are using the ﬁlibuster to block the For the People Act, and they could do the same to the VRA.

President Joe Biden has just made a strong speech in defense of voting rights. He denounced new voter suppression efforts. And he called for the Senate to pass the For the People Act and the John Lewis Voting Rights Act.

I am grateful that President Biden has called attention to the urgent need for congressional action. Now we need him to use his leadership to get voting rights legislation through the Senate. And if Republicans continue to block it using a ﬁlibuster, he must work with Senate leaders to break through that obstruction.

John Lewis nearly died in the struggle to pass the national Voting Rights Act. He dedicated his career in Congress to defending it. I am steeling myself for the disgust I will feel when Republican ofﬁcials praise him on the anniversary of his death at the same time they are undermining the cause to which he devoted his life.

Texas Democrats are honoring John Lewis by making good and necessary trouble. It is time for Democrats in Washington, and any Republicans committed more to country than party, to do the same.

Next post The Poor People’s Campaign to organize Selma-to-Montgomery style, four-day march in Texas to challenge attacks on the right to vote; route will include 27-mile trek from Georgetown to Austin