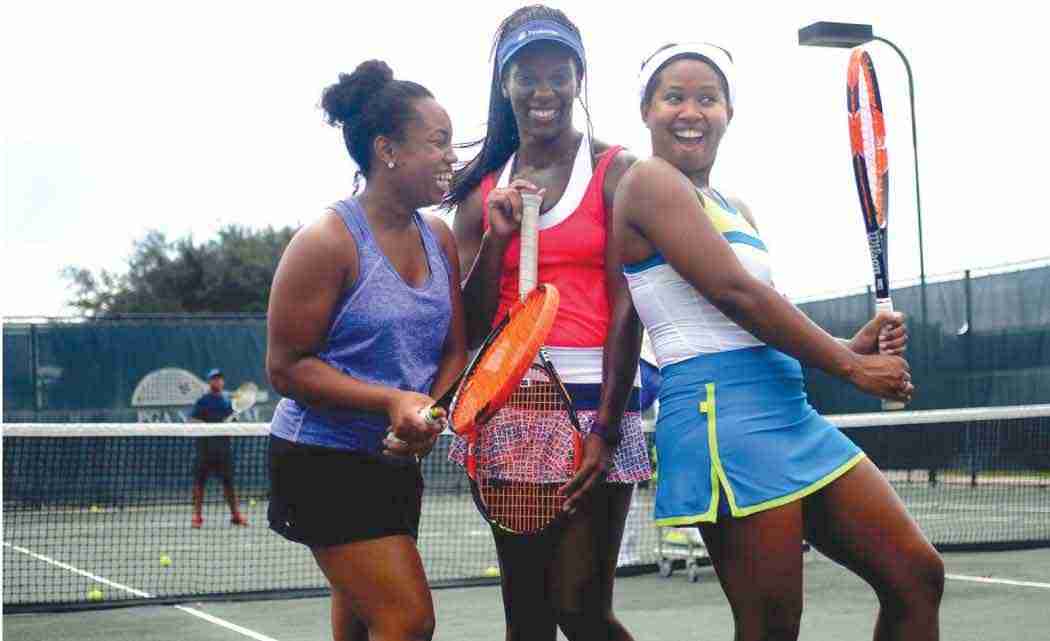 From all over the world, they descended on Palm Beach Gardens, Florida for the biggest golf, tennis and networking gathering in the United States. The Black Enterprise Golf and Tennis Challenge didn’t disappoint for the 22nd year. Revelers danced to the music of Doug E. Fresh, soca queen Alison Hinds and recording artist extraordinaire, Estelle over the course of the four-day event. They also learned about building wealth as well as competed in a battle of the sexes trivia challenge – men vs. the ladies! And of course, they played social and competitive golf and may have cut a deal or two on the lush greens at the PGA National Resort and Spa, home of the Honda Classic.
That’s what it’s all about, says Derek Dingle, Senior Vice President and Chief Content Officer for Black Enterprise –having a great time and networking with  some of the greatest minds out there.

“I think it was extremely exciting for our 22nd year. The significance of the event is to bring together professionals so they can network and forge long-term relationships. Deals are made over the golf course. (Attendees) come to relax, rejuvenate, and strengthen and forge relationships with other professionals. It gives us an opportunity to come together with ideas on how to impact our community,” said Dingle. “Our team did a phenomenal job. It’s exciting that Fed Ex has become our title sponsor. We commend all of our sponsors. The event was wonderful and exciting, once again, “ he added.

As an esteemed author and top executive with a leading magazine serving African Americans for over 40 years, the South Florida Times wanted Dingle’s perspective on pertinent issues confronting Black America. He had poignant viewpoints on Black Lives Matter, mentoring of youth blacks, the war on poverty and much more.
On the day that Black Enterprise arrived in the Palm Beaches for its golf and tennis challenge, a local, predominantly White church was vandalized for supporting the Black Lives Matter movement. The First Unitarian Church of the Palm  Beaches put up a sign at the church that read: Black Lives Matter. But the sign  was vandalized and someone crossed out the word ‘Black’ and wrote over it with ‘White Lives Matter.’ The vandalism signaled the sensitivity and the nerves being touched by the movement, which Dingle says is a positive movement.
“This movement started out of Trayvon Martin. It’s being driven by social media and millennials. These young people are challenging the establishment. We’re still seeing young blacks being brutalized. Police reform is needed. The movement is a positive development in addressing those concerns and it’s growing. It shows the impact of social media to get the word out.”

Dingle commends the young people in establishing a successful movement with Black Lives Matter, but when it comes to black youth in general, how do they position themselves for greatness? Dingle said there are certain measures young people must take to become successful. “This goes to the root of black entrepreneurship,” he pointed out. “It starts with education – going to universities and advancing as society advances.” They have to find an area of interest and then advance themselves. “One important area is technology, whichis going to continue to change. Young people are going to have to advance with this. Technology is a core.”

He also touted forging relationships and mentors as being vital. “The development of relationships is key. And that’s where golf plays a role –establishing connections. And then there is establishing professional excellence, which is something I carry with me throughout my career,” he stressed.

A big issue facing black Americans is the war on poverty, which is an ongoing battle that has been won by some, but as Dingle points out, too many  of us are still struggling. “There is a continuous war on poverty, which Dr. Martin Luther King Jr. and others put a focus on, but there are things some blacks could do in terms of business. Overall we need to have a greater focus on the stock market and the diversification of assets. We need to grow our businesses. Ninety-five percent of our businesses are sole proprietorships. We need to have
larger black businesses that can provide job opportunities for our young people. And yes, we have advanced, and we have more black professionals than ever before, but there’s still a lot who are fighting their way out of poverty. Many need the guidance for building wealth that can last throughout generations.  African Americans have to use the services of other black professionals, such as doctors, lawyers, cleaning services, etc. By us using the services of other blacks, it has a ripple effect for our success and it fosters the creation of wealth.”
In all of these issues, Dingle says Black Enterprise plays an important role. “It’s important to have events like ours and companies like Black Enterprise to have real conversations to move African Americans forward. I’m proud that Black Enterprise is a platform for this.”

Next post Freddie Gray’s family settles with city for $6.4M