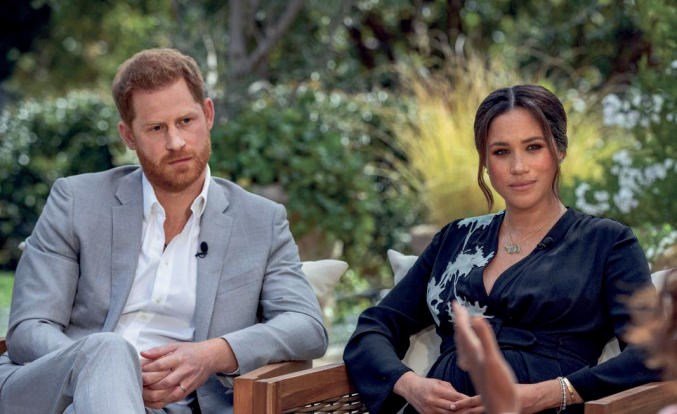 FORT LAUDERDALE, Fla. – British Prince Harry married biracial divorced American actress Meghan Markle on May 19, 2018, in a fairytale wedding like no other for the House of Windsor.

As The Washington Post recalled on Monday, Michael Curry of Chicago, the African American presiding bishop of the Episcopal Church, delivered a sermon in the 1,000-yearold St. George’s Cathedral. A gospel choir sang Ben E. King’s “Stand by Me.” The couple left the cathedral to the strains of “This Little Light of Mine.”

It was an occasion “nudging the British royal family into a new era,” The Times said. “Their choices at the wedding, many of them heavily influenced by black culture, made clear they plan to project a more inclusive monarchy. In a time of tribalism and separation, it was a clear move toward an integrated modern future from the oldest of houses.”

The Times also noted that some African American women who had flown in for the wedding were moved to tears. “One of the children of slaves is marrying a royal whose forerunners sanctioned slavery; the lion is lying down with the lamb,” Denise Crawford of Brooklyn told The Times But not everyone was as jubilant. Tiwa Adebayo recalled for The Associated Press that “every person of color in the U.K. was worried.” The British monarchy, she said, was “an institution that is rooted in colonialism. It’s based on white supremacy.”

However, Markle’s introduction to British racism came from a different source – two years before the wedding. Headlines that greeted the news that she and her prince were dating included, “Harry’s girl is (almost) straight outta Compton.” The Daily Mail obliged with the city’s crime statistics.

Rachel Johnson wrote in The Daily Mail, “Genetically, she is blessed. If there is issue from her alleged union with Prince Harry, the Windsors will thicken their watery, thin blue blood and Spencer pale skin and ginger hair with some exotic DNA.”

After the couple’s son Archie was born, Danny Baker of the BBC’s Radio 5 Live tweeted a black-and-white photo of the couple holding hands with a young chimpanzee dressed in a jacket and wearing a hat. The caption: “Royal baby leaves hospital.” Blake, who thought he was being funny, was ﬁred.

The couple faced this tabloid assault continuously, complaining without success to media leaders and to Buckingham Palace. They made their own exit from Britain early last year, ﬁrst to Canada and then the United States. They stopped working as members of the royal family. Harry’s honorary titles and royal patronage appointments were taken away, as were Meghan’s patronage appointments. They also surrendered the titles His Royal Highness and Her Royal Highness, though the queen let them keep the titles Duke and Duchess of Sussex. The couple eventually ended up in in Montecito near Santa Barbara, Calif., with a lot of help from movie mogul Tyler Perry, and they negotiated deals with Netflix and Spotify.

The rest of the fractured fairy tale was told on Sunday night when CBS aired a two-hour interview of Harry and Meghan by Oprah Winfrey, seen by an estimated 17.1 million viewers in the U.S. In it, Meghan disclosed that when she was pregnant with Archie, an unnamed royal asked about her baby’s skin color. “We have in tandem the conversation of ‘He won’t be given security, he’s not going to be given a title’ and also concerns and conversations about how dark his skin might be when he is born,” she said to an astonished Winfrey. Harry conﬁrmed her account but both declined to name names. Winfrey later said they ruled out the queen her husband Prince Philip.

Meghan also disclosed that life in the royal family had been so suffocating that she developed suicidal thoughts. “I was ashamed to have to admit it to Harry,” she told Winfrey. “I knew that if I didn’t say it, I would do it. I just didn’t want to be alive anymore.” She sought mental health help from the palace, she said, but was turned down because it “wouldn’t look good for the institution.”

Harry, too, said he had felt “trapped” in the royal lifestyle before getting together with Meghan and that, “without question, she saved me.”

Some have seen Meghan’s remarks as a moment of racial reckoning. “The fact is, the British monarchy played a foundational role in the transatlantic slave trade,” Emory University Professor Kali Nichole Gross told The Post. “These folks basically built their empire off the backs of Black bodies and blood and enslavement. They played a foundational role in setting up antiBlack racism globally.”

The reverberations have been loud from the Commonwealth of Nations comprising former British colonies whose citizens are mostly non-European. “This is pure racism,” said Ghanaian Devina Cudjoe, adding that the Commonwealth “is supposed to foster unity amongst black people, amongst white people.”

Some Black Britons, who comprise under four percent of the population, had in fact welcomed the couple’s departure. “Thank God they are free,” Londoner Sanaa Edness had told The Times then, raising her arms to the sky. “Nobody should tolerate bullying and abusive behavior because of the color of their skin. All of this is about race. I know it because as a Caribbean woman who did not grow up here, I have experienced it myself.”