The latest on the Omarosa drama: ‘I will not be silenced’ 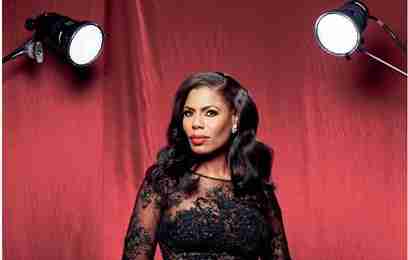 Omarosa Manigault Newman declared “I will not be silenced” by the Trump campaign.

Manigault Newman spoke to The Associated Press hours after the president’s campaign announced it was filing an arbitration action against the former aide alleging she broke a secrecy agreement.

In an interview with AP, Manigault Newman said she believes the action was intended to keep her from telling her story. She says she “will not be intimidated.”

“I’m not going to be bullied by Donald Trump,” she says.

Manigault Newman, nonetheless, declined to answer several questions about her time in the White House, citing the arbitration action.

But she continued to unleash criticism of Trump, suggesting he’s unfit to be president and is intentionally sowing racial division.

The White House is wrongly insisting that past administrations have forced presidential aides to sign non-disclosure agreements similar to the one some aides to President Donald Trump were asked to sign.

White House spokeswoman Sarah Huckabee Sanders tells reporters, “Every administration prior to the Trump administration has had NDAs” — particularly for anyone with a security clearance. She says, “This White House is certainly no different.” But past administrations have asked employees to sign agreements pertaining to classified information — not the kind of broad pledge never to criticize the president, his businesses or anyone in his family that former aide Omarosa Manigault Newman says she was asked to sign. 3:35 p.m.

Sanders said, “I haven’t been in every single room,” when asked if she can say with certainty that Trump has never used the Nword.

Ex-Trump aide Omarosa Manigault Newman has alleged she has heard Trump on tape using the slur.

Trump said Monday on Twitter that he doesn’t “have that word in my vocabulary, and never had.”

The White House says former aide Omarosa Manigault Newman has “shown a complete lack of integrity” with her criticism of President Donald Trump in her new book.

Press secretary Sarah Huckabee Sanders said Tuesday that Trump’s tweets referring to Manigault Newman as “crazed” and a “dog” reflect his “frustration” with her comments. Manigault Newman has responded that Trump has “absolutely no respect” for women or African Americans.

Sanders says Trump hired Manigault Newman as an assistant to the president because he “wanted to give her a chance.” She was a contestant on his reality show “The Apprentice” and a former campaign aide.

Manigault Newman has been releasing audio recordings of private White House conversations as part of her book roll-out tour. She was fired in December.

Former White House aide Omarosa Manigault Newman is accusing President Donald Trump of being aware that WikiLeaks had emails from Hillary Clinton’s presidential campaign before the messages were released ahead of the 2016 election.

When asked Tuesday by MSNBC if Trump knew what was coming out before the emails were made public, Manigault Newman said, “Absolutely.”

The material posted by WikiLeaks included emails from the Democratic National Committee. It shook up the 2016 election.

She says, “There’s a lot of corruption that went on both in the campaign and in the White House and I’m going to blow the whistle on all of it.”

Special counsel Robert Mueller is investigating Russian election interference and whether Russia coordinated with the Trump campaign to do so. Trump has denied it.

The former aide to President

Donald Trump didn’t say when she was interviewed and declined to provide any other details.

Appearing Tuesday on MSNBC, Manigault Newman also declined to say whether she’s been called to sit before a grand jury.

She says, “I feel like my hands are tied because as you know I do love to communicate about the things that are going on in my life, but unfortunately I can’t elaborate.”

When asked if she has secretly taped audio recordings that would be of interest to Mueller, Manigault Newman says, “If he calls me, I certainly will participate with anything that he needs.”

Former White House aide Omarosa Manigault Newman says President Donald Trump’s latest attack on her is evidence that he has “absolutely no respect” for women and African Americans.

As the two clash over her tellall book, Trump called Manigault Newman “that dog” Tuesday on Twitter.

She says in an interview on MSNBC: “If he would say that publicly, what else would he say about me privately?” She also says: “He has absolutely no respect for women, for AfricanAmericans.”

Manigault Newman says that Trump was “unfit to be in this office” and that he would give aides “derogatory nicknames.”

Trump’s campaign has filed an arbitration action against her, alleging breach of a secrecy agreement. She has acknowledged signing a confidentiality agreement with the campaign in 2016.

President Donald Trump’s campaign is filing an arbitration action against former aide Omarosa Manigault Newman alleging breach of a secrecy agreement.
A campaign aide tells The Associated Press that it is filing the claim with the America Arbitration Association in New York, claiming her explosive new book and media tour breached her 2016 confidentiality agreement with the campaign. The person spoke on condition of anonymity because the person was not authorized to speak publicly on the matter.

Manigault Newman has released several audio recordings from her time as a Trump assistant at the White House, including one with the president in which he said nobody told him she had been fired. Manigault Newman also says she has heard audio tape of Trump using the Nword.

On Tuesday, Trump tweeted: “When you give a crazed, crying lowlife a break, and give her a job at the White House, I guess it just didn’t work out. Good work by General Kelly for quickly firing that dog!”

That’s a reference to Trump’s White House chief of staff, retired Gen. John Kelly, who fired Manigault Newman in December 2017 in a conversation she viewed as a “threat.”

President Donald Trump and Omarosa Manigault Newman have returned to their roles as reality TV boss and villain as they spar over what she claims the president said and what he contends his former White House aide is making up.

Manigault Newman says she heard an audiotape of Trump using the N-word. The president counters that the word isn’t in his vocabulary and calls her “wacky and deranged” and “not smart.” Their war of words touches on sensitive issues in Trump’s White House, including a lack of racial diversity among senior officials, security in the executive mansion, and a culture that some there feel borders on paranoia.

In an unusual admission, Trump says the public back and forth is perhaps beneath a person in his position.

Next post A rising star vs. a fallen one