The Links celebrate 60 years of service 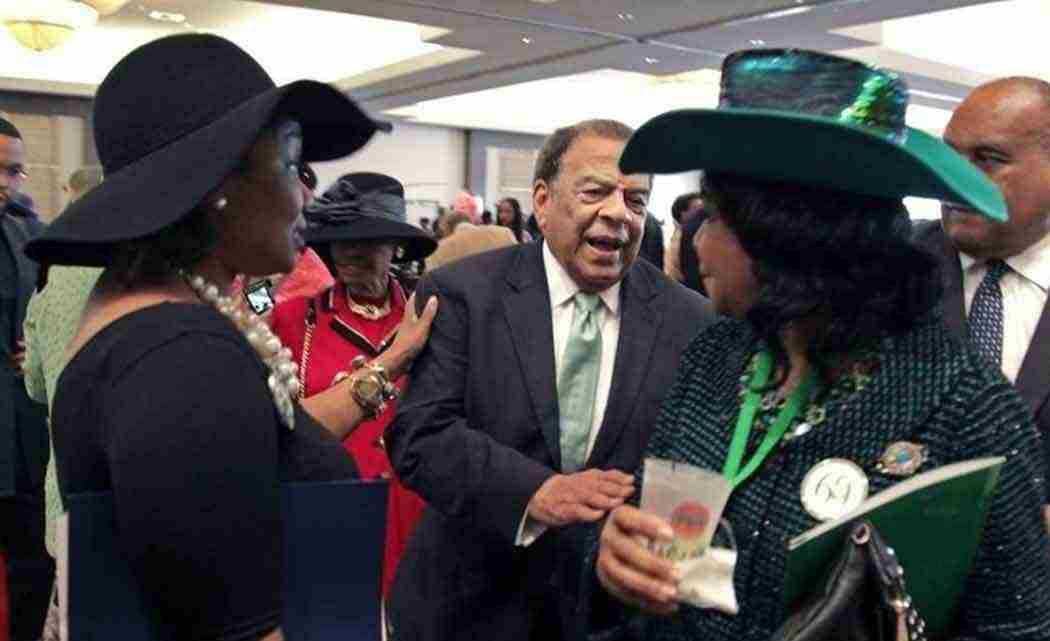 MIAMI — Ambassador Andrew Young Jr. is no stranger to The Links Incorporated-several family members participate in the volunteer-based organization that is dedicated to the education and empowerment of women around the globe. So it was no surprise that Young, the former United States Ambassador to the United Nations, former Mayor of Atlanta and Civil Rights Icon,  was chosen as the Key Note Speaker for The Links Inc. Greater Miami Chapter’s 60th Anniversary Diamond Jubilee Celebration. The banquet took place in the glorious Treetop Ballroom at Parrot Jungle Island on Nov. 8.

Prominent at the celebration was recently elected National President of The Links, Incorporated, Glenda Newell-Harris, M.D., the first medical practitioner to fill the position. She applauded the positive service to the local community by members of the organization. Throughout her comments she stressed programs that focus on health.  “Our focus, nationally, is friendship and service, and I just don’t believe that we can provide that kind of service to the community if we’re not healthy,” she said.

Members of The Links Inc. should create healthy relationships with other members and emulate them with people in their community. “As women, we’re functioning in silos,” said Newell-Harris, who has seen “workaholics neglect personal time in efforts to care for others before themselves.”

“We try to integrate programing at every level,” said Newell-Harris, who, through the organization has fostered programs dedicated to spreading awareness about HIV and Hepatitis-C, and encouraged youths to protect themselves against unwanted pregnancies. “No one’s really, truly educated them,” said Newell-Harris. “In my era, it was not talked about or discussed, but as a physician I take all the gloves off of every area that has to do with health.”

“Anytime you’re engaging young people and you’re trying to educate them about the importance of preparing themselves for the future, you need to plan, and be strategic in thinking about how they do what they do,” Newell-Harris said. Addressing mental health is just as vital, and Newell-Harris believes that many women experiencing domestic violence, deal with issues stemming from neglect and low-self esteem.

Newell-Harris encourages experts to share their experiences with members and urges members to have regular exams for breast cancer, as well as monthly STD testing.

Part of Newell-Harris’ plan is to create more dialogue about how women can break down social barriers, overcome negative socio-economic circumstances and create safe spaces for each other, through three principles: Education, Experience and Exposure. “You’ve got to get educated, you’ve got to spend the time to get the experience,” Newell-Harris said. “And then you’ve got to put yourself in a position to be exposed to others, because it’s often somebody else that taps you to give you that opportunity.”

She also promotes engaging and including “Connecting Links”—the fathers, uncles, brothers, and sons, of members—because they may be the only father-figure type that young boys and girls are exposed to. “If we can bring our men into our service opportunities, [young people] can at least see that role model,” said Newell-Harris. Through the development of facets like “Services to Youth,” The Links Incorporated, Greater Miami Chapter, is working to improve the lives of young African-Americans.

Ambassador Young agrees, reminding young men to support the women who have helped them. During his time as mayor of Atlanta, Young helped create one of the most diverse police forces with nearly 50 percent black, 50 percent white, and 30 percent women. Young is a strong supporter of the Links organization and ensured throughout his career  that women were incorporated into his endeavors.

When he was mayor of Atlanta, Young heavily relied on the nature of women to advance his administration. “Women are much more interested in crime prevention,” Young said, noting that men are more focused towards putting criminals in jail after the fact. “We had to reverse that concept and make [the police] realize they were servants of the community. Women were instrumental in that effort. Groups like The Links must take charge and lead in “taking back the soul of America.”

For more information on The Links Inc., Greater Miami Chapter, and for a list of upcoming events, visit their website at www.greatermiamilinksinc.org.