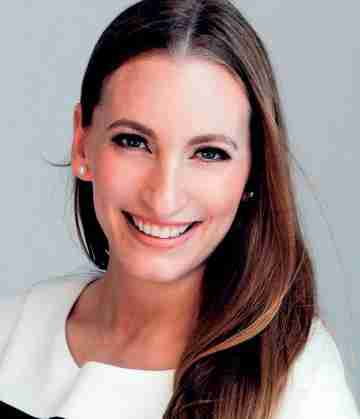 MIAMI, Fla. – The Miami Foundation, the $350 million community foundation uniting donors and causes to improve the quality of life in Greater Miami, has announced Rebecca Fishman Lipsey as its new president and CEO effective June 1.

Lipsey will replace Javier Alberto Soto, who led the foundation for 10 years and stepped down in September 2019 to join The Denver Foundation, and Joseph A. Fernandez, who served as interim president and CEO since October.

Her appointment by the board of trustees concludes an eight-month search that reviewed more than 100 candidates from South Florida and across the nation. Lipsey will assume the role at a critical time, following the organization’s recent launch of The Community Recovery Fund to support nonproﬁts struggling for resources to help Miami-Dade residents during the COVID-19 response. The fund has raised more than $1 million.

Lipsey comes to the Foundation from Radical Partners, the social impact accelerator organization she founded, which builds cross-sector coalitions and trains social activists to tackle major quality-of-life issues in Greater Miami. Radical Partners has helped emerging leaders scale their civic projects, such as addressing sea-level rise and housing affordability and mobilized more than 100,000 residents to invest and engage in solutions.

“This is a moment for us to show what we’re truly made of. Community foundations have tremendous power to mobilize residents and build coalitions that solve regional issues,” said Lipsey.

“Our generosity, empathy and innovation in this moment will deﬁne the future of Miami. As we stand together to battle the greatest crisis of our generation, we must ask ourselves what kind of Miami we want to ﬁnd waiting for us on the other side of this and what will it take for us to get there.”

Previously, Lipsey was the youngest person in history selected to serve on the Florida Board of Education and is the former executive director of Teach For America Miami-Dade, where she more than tripled the organization’s size and multiplied its fundraising by 16 times over. Lipsey began her career as a teacher in Harlem.

“This is a homecoming for Rebecca,” said Fernandez. “In my years of service and having the honor of leading the Foundation, I know from experience Rebecca will be a high caliber chief executive.”