The milk of human kindness has not soured for all Americans 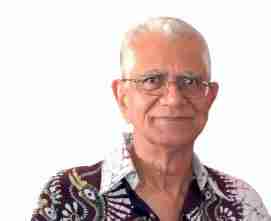 These are distressing times created not only by the coronavirus but also an erosion of the national unity which is essential to the functioning of the democracy, leading to a bitterness that will last into the foreseeable future. Partisan hostility has replaced civility and dialogue, the exchange of ideas to reach consensus. But the milk of human kindness has not soured entirely and stories that uplift the soul abound, as seen in The Washington Post’s Inspired Life series and in other media.

Robert Carter, 29, of Ohio, foster parent to three young brothers, learned that the boys had two sisters who were living with foster mothers. He arranged a play date so they could all meet, for the ﬁrst time in six months. “The kids saw each other and started hugging and crying and wouldn’t let go,” Carter said. “That was the moment I said, ‘Okay, I’m going to take all ﬁve to keep them together.’”

Carter himself had been taken from his eight siblings and placed in a foster home when he was 12. “I could not let that happen to them,” he said. With the agreement of the foster mothers, he adopted the girls on Oct. 30.

The elementary school mentor and volunteer is hoping to buy a “forever home” for his family. A GoFundMe account to help raise $150,000 reached $127,000 by Nov. 10. “I donated because you’re doing something absolutely amazing and deserve all the help people are willing to give,” commented a woman who gave $20, FOX 19 in Cincinnati reported.

Lamont Thomas, of Buffalo, N.Y., became a foster parent in 2001 and over the next 15 years the now 48year-old caterer parented more than 30 children. He too recently adopted five young siblings, determined, just as Carter was, that they should not be split up, CBS News reported. “I had to help them,” Lamont said. “They deserved to be together.”

In Woburn, Mass., Gloria Scott, 72, called an electrician about a faulty light switch. John Kinney, who showed up, saw the house was in considerable disrepair. He fixed the switch and then got together friends who repaired Scott’s house for free. “It made me sad to think of her sitting alone in a house that needed so many repairs,” Kinney said.

There are many more examples of people helping people just out of the goodness of their hearts. Some might be a surprise.

Cartier Carey, of Hampton, Va., started a lemonade stand in July to raise money to buy diapers for single mothers with support from his parents, four younger siblings and neighborhood children. He raised $3,000 in three days, which, by midAugust, rose to $7,500 – enough to buy about 27,500 diapers.

A sign at Cartier’s lemonade stand reads “Raising Money for Single Mothers.” The Washington Post reported that one in four children lives with only one parent, the highest rate in the world, 80 percent of them women.

Cavanaugh Bell, of Gaithersburg, Md., responded to being bullied in school by persuading his mother, Llacey Simmons, to help him start a non-profit which he named COOL & DOPE – short for “Considering Others’ Obstacles in Life and Dish Out Positive Energy.” He set up a food pantry in March to help the needy in his community and used birthday and Christmas money to prepare care packages containing toiletries and groceries for the elderly.

Cavanaugh also opened a food pantry at a nearby warehouse and expanded it to the Pine Ridge Indian Reservation in South Dakota more than 1,500 miles away, where, The Post reported, some of the poorest Americans live. His mother had taken him on a road trip two years earlier to Mount Rushmore in Pennington County, S.D., driving through the reservation. She explained that some of the residents needed help to survive.

With money coming in through GoFundMe and Amazon Wish List pages, the son-and-mother duo was able to fill a semi-truck with nonperishable food, hygiene products, cleaning supplies and other items worth $20,000 and sent it to Pine Ridge on July 10. The gratitude Cavanaugh witnessed inspired him to do it again.

“Since winter is coming, I knew they didn’t have what they needed to stay warm, so I asked people to donate blankets, jackets and winter supplies,” Cavanaugh said. They filled another trailer with about $25,000 worth of goods bound for the reservation on Sept. 22.

Cavanaugh said he had hoped to help 1,000 people but, by the end of September, the number totaled 8,000.

But Cavanaugh did not forget the bullying. He attended a city council meeting last year and persuaded officials to designate Feb. 21 “Anti-Bullying Awareness Day” in honor of Gabriel Taye, 8, of Cincinnati, who committed suicide after being bullied. He traveled to Ohio to present the proclamation to Gabriel’s mother.

It may not be a time when, as the Bible says in Isaiah 11:6, “The wolf shall dwell with the lamb and the leopard shall lie down with the young goat, and the calf and the lion and the fattened calf together.” And Republicans and Democrats? Hey, it is the Thanksgiving.

But it does seem to be a time when “a little child shall lead them.”

Next post Grant program strikes at injustice and racial equity