The politics of blackness© “Election 2016: How quickly we forget!” 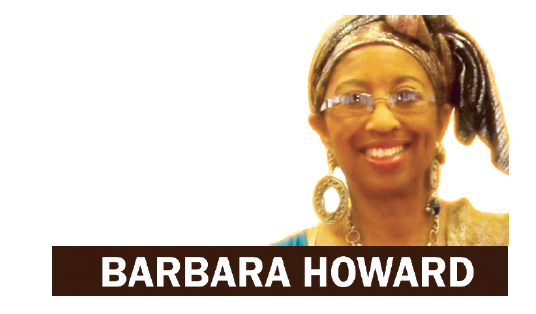 For those who have wondered why they have not heard from me over the past year, it’s because I have watched politics only at a distance as I took care of my 94-year old mother in her final days on this earth. She passed away to spend time with our Heavenly Father just a few short weeks before her 95th birthday. Now that I have buried her, I can no longer watch politics from afar.

We have begun the long road to a 2016 White House victory with the Republican and Democratic debates, the Iowa Caucus and the New Hampshire primary. As I watched the debates, listened to people analyze the candidates and read the Op Ed pieces, I found myself shaking my head off-times in utter disbelief. And as Marvin Gaye used to say in Inner City Blues,       “Make me wanna holler and throw up both my hands.”

And I ask myself “how quickly they forget.”

Everyone knows I’m a registered Republican and all my black friends get a kick out of trying to embarrass me when they introduce me to their friends or spouses as the “Black Republican” period.

It’s their way of diminishing me in the eyes of the people they introduce me to; because to them, being a “Black Republican” is the worst thing that any black person can be. To them, we must all be Democrats. But nobody asks me why I’m Republican. They don’t care. They’re just promoting the hatred that they’ve learned to have about Republicans.

They have been told for the last forty or so years that Republicans are the racists. If you ask them what makes Republicans racists, they can’t tell you. They just pass on the garbage they’ve been fed over the years. They have now replaced the Klu Klux Klan’s raison d’être – to keep black folks in their place and keep Democrats in power, by any means necessary.

So let’s talk about the 2016 elections and how the Democrats plan to keep black folk on the plantation and voting straight Democrat regardless of who the candidate is and what they know about them.

Let’s take Hillary Clinton for example. Eight years ago, the white boys behind Barack Obama catapulted him up to the U.S. Congress, not to work as a senator, but to run for president. They needed him to run against Hillary, because it was an easier win than to have to run against a Democratic white man. You see, the Democrats only play racial and ethnic politics.

Remember, when Obama first started running many powerful black Democrats didn’t consider him to be black. Obama’s daddy was an African from Kenya and his mother was a white woman from Kansas.

Also one should remember that when Bill Clinton served as POTUS 42 (1992 to 2001) black folk loved him so much that they referred to him as the “first black President.” But when Hillary was running against Obama in the 2008 Democratic primary, Bill Clinton made a simple statement about something Obama said during his campaign and that it was “a fairy tale.”

Then Obama’s campaign manager, David Axelrod instigated a campaign calling both Clintons “racists” and every black person who supported Hillary was denigrated with such names as “Uncle Tom” and sellouts to the black community.

On Wednesday, Feb. 03, Bakari Sellers, former South Carolina State Representative and an acknowledged part of the Obama “Truth Squad” in the 2008 elections, calmly stated to CNN anchor Carol Costello that, “it was not as if we threw Hillary and Bill under the bus,” it was just that they wanted to make history by making Obama the “real” first black President.

And now almost 8 years later, they want black folks to forget that they called the Clintons racists and give their votes to Hillary and continue their undying devotion to the real racists, the creators of the Klu Klux Klan – the Democratic Party.

Funny how that works. How quickly we forget.

Barbara Howard is a political consultant, radio host and commentator and motivational speaker. She is Florida State chairwoman for the Congress of Racial Equality(CORE) and Trade & Travel Goodwill Ambassador to Kenya. Bhoward 11@bellsouth.net

Previous post Will black Americans be left out of the 2016 primary?