The road forward in Ferguson is challenging 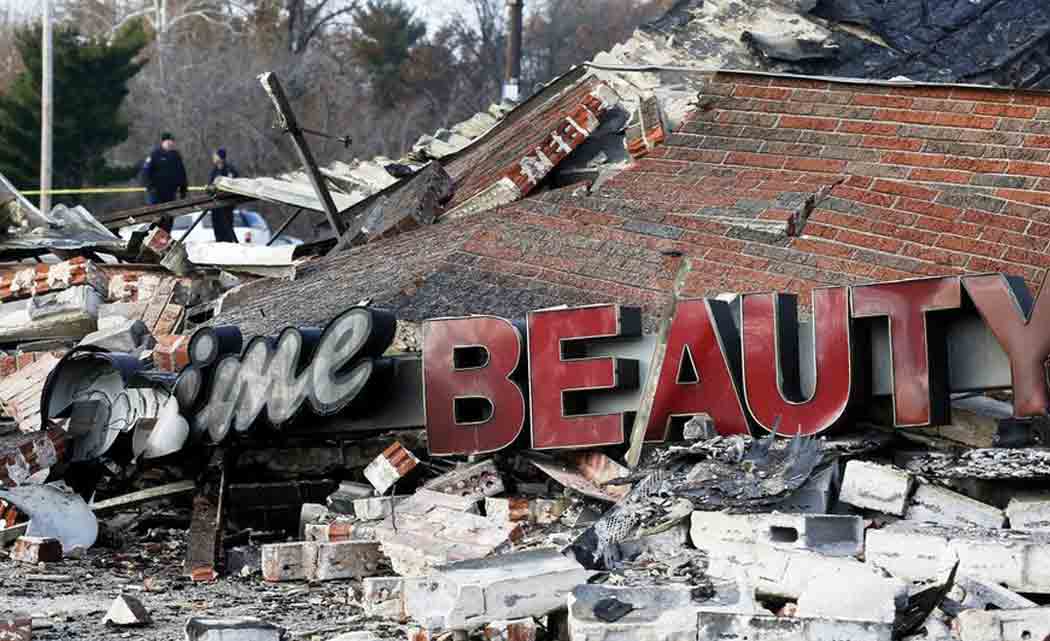 FERGUSON, Mo. — It’s doubtful they were aware, but the rioters who torched Juanita Morris’ dress shop had strayed a couple of blocks beyond the Ferguson city limits and into the town of Dellwood. Such is the indiscriminate nature of rage.

But walking amid the ashes of 28 years of work, Juanita Morris was thinking about something else: Her plans to rebuild.

“When you’ve been beaten to the ground, you can’t do nothing but come up,” she said, standing outside the charred shell of her West Florissant Avenue store, Juanita’s Fashions R Boutique, on a recent frigid morning. “One brick at a time, one dress at a time … I will rise.”

Officials in and around this St. Louis suburb are trying to rebuild as well in the wake of the Aug. 9 shooting death of Michael Brown, an unarmed black man, by a white police officer and the fiery riots that followed a grand jury’s decision in November not to indict.

But they are finding that trust can prove more difficult to restore than buildings.

The saying goes that the first step toward recovery is acknowledging there’s a problem. But for many of the volunteers at the I Love Ferguson store across from police headquarters, the violence following Brown’s shooting and the Nov. 24 announcement that Officer Darren Wilson would not be charged seemed to come out of nowhere.

During his two terms as mayor, Fletcher – who helped launch the I Love Ferguson Committee this summer – says he received plenty of complaints about potholes and barking dogs. But nothing of a racial nature.

“So the part about how some people said this has been brewing for decades was surprising a little bit,” says Fletcher, who is white.

“It has truly been ironic that Ferguson became the forum to fight the large battle of diversity when, in fact, Ferguson is a very diverse city,” Ruffina Farrokh Anklesaria, an ethnic Indian from Trinidad and Tobago, said as she folded T-shirts for shipment.

But across town at the Canfield Green Apartments, the disaffection and anger are palpable.

Rotting flowers and Teddy bears in St. Louis Cardinals caps line the center line of Canfield Drive, where Michael Brown’s body lay for four hours in the August sun. Along the curb, someone has spray painted the words “Hands Up Don’t Shoot” – the chant echoing at protests across the country.

Standing nearby, Ken “Kennyboy” Boyd repeats a rumor that at least one of the fires that destroyed a dozen businesses during the Nov. 24 unrest was actually set by a National Guard flash grenade.

“I don’t know if the power got the message,” says Boyd. “They want to sacrifice a whole country for one man.”

The population of Ferguson is nearly 70 percent black. But at the time of Brown’s death, only three of the city’s 53 police officers were African-American.

Like many in the black community, Anthony Cage is convinced that police and firefighters allowed “the hood” parts of Ferguson to burn so they could justify bringing in the National Guard, “occupying us.”

The 48-year-old house painter says some whites may be in denial, but police oppression of blacks “does happen. We’re not just out here saying this because we ain’t got nothing better to do.”

In mid-November, Gov. Jay Nixon appointed a 16-member commission to study the “underlying social and economic conditions” that led to the unrest, and to “help chart a new path toward healing and positive change.”

But if the first meetings of his Ferguson Commission are any indication, that path forward is a bumpy one.

At a meeting in St. Louis’ Shaw neighborhood, the commission had invited St. Louis Police Chief Sam Dotson to speak about efforts to curb bias, excessive force and racial profiling within the ranks. Dotson declared that most police officers believe in the “noble cause,” and that it is a few bad actors who “taint the pool for all of us.”

“What happened in Ferguson in August is writing a narrative,” he said. “We want that narrative to be a positive one that moves our region forward.”

Several minutes into his address, the meeting dissolved into chaos.

Some complained about the panel’s makeup. The only commission member with a direct Ferguson connection is a white man who owns a business in town, but no longer lives there.

Wentz, who is white, has attended every

commission meeting and spent hours in smaller breakout discussions. But of the hundreds of people in attendance, he recognized only a few Ferguson faces. He says residents need to take ownership of the process.

“The only way change is going to happen,” he says, “is for people to be involved.”

Since Brown’s death, Ferguson police have begun using body and dashboard cameras. The city council has started the process of establishing a citizen review board and is increasing monetary incentives to encourage officers to live in the city.

Chief Tom Jackson says there are now four black officers on the force. Councilors have established a scholarship to help minority recruits pay for academy training, something the city had abandoned in the past.

The department is also working with the Ferguson-Florissant School District to establish an Explorer program to create, as Mayor James W. Knowles III puts it, “a bullpen that we can hopefully recruit from, get people interested in law enforcement.”

While saying “it’s disheartening to see Ferguson being raised to a symbol,” Knowles says the city is working especially hard to bridge the gap between law enforcement and the city’s youth. During a recent council meeting, there were signs of hope.

George Taylor, 17, presented recommendations to police from the Ferguson Youth Initiative Teen Summit. Among them: Get out of your cruisers and talk to us.

“And there could be more social events with youth,” the black teen said in a low voice. “Participate in intramural sports together … have meals together to discuss relations.”

“Youth need to respond to police respectfully,” he said. “Has to go both ways.”

Shopkeeper Juanita Morris is willing to re-invest in the community.

Wiping a tear from her cheek, she said the greatest crime of all would be to give up.