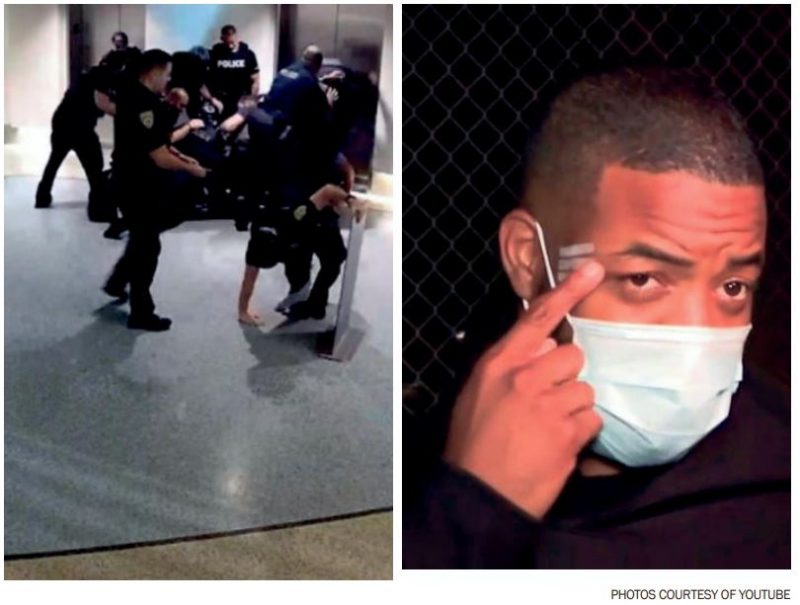 She said the charges will be brought before a judge next week.

“All aspects of this July 26th police incident are taken very seriously by my prosecutors,” Rundle said in the news release. “The investigation has been and will be as thorough and complete as possible since our entire community has been shocked and offended by what we have seen.”

Surveillance video from the incident shows an ofﬁcer chase Dalonta Crudup, 24, into the lobby of the Royal Palm Hotel in South Beach in the early morning hours of July 26. The ofﬁcer orders Crudup onto the ground at gunpoint, and Crudup complies. Moments later, more than a dozen other ofﬁcers run into the lobby and surround Crudup, who can be seen on the ground with his hands behind his back. Body camera footage shows ofﬁcers kick a handcuffed Crudup multiple times. Previously, Fernandez Rundle said the video also shows Khalid Vaughn, 28, using a cellphone to record Crudup’s arrest from about 12 feet (4 meters) away. The footage shows Vaughn backing away at the instruction of an ofﬁcer when Sabater tackles Vaughn to the floor and repeatedly punches him.

Crudup didn’t sign a waiver that allowed prosecutors to review his medical records until Aug. 25, so they weren’t able to view documents regarding his injuries until Sept. 13. Fernandez Rundle said “a deeper understanding of the actual injuries was necessary to ﬁle these felony battery charges.”

Crudup was initially charged with battery and aggravated assault on a law-enforcement ofﬁcer. The charges were later reduced, and he is now awaiting trial on counts of fleeing and eluding police, and reckless driving.

Charges against Vaughn of resisting an arrest with violence and impeding a police investigation have been dropped.