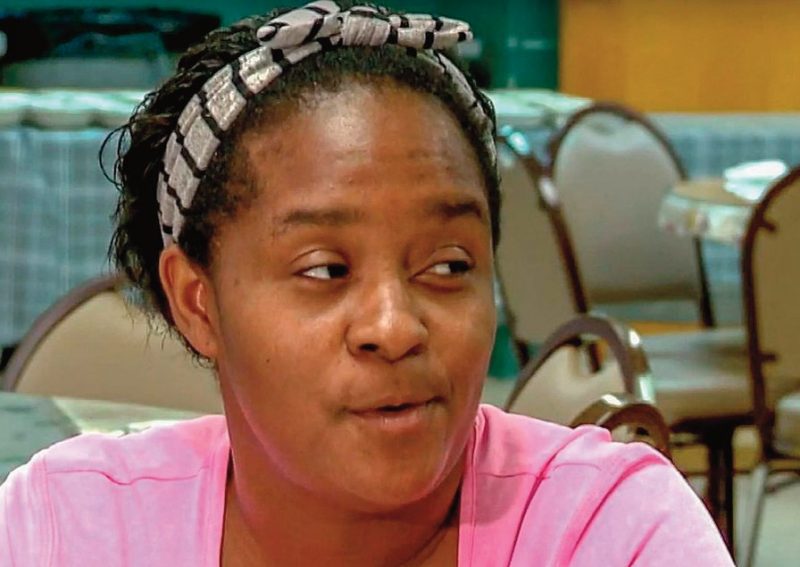 As of late August, asking rents for apartments have increased since the beginning of the year by 21.7 percent, according to data from CoStar Group, a real estate data ﬁrm, and aren’t showing signs of slowing.

In the last two decades, the next-highest rent growth year was in 2015 _ at 6.2 percent. Both analyses include Pinellas, Hillsborough, Pasco and Hernando counties.

“Studios are $1,500. It’s crazy,” said Bridget Cunningham, who’s been renting a duplex in South Tampa. She moved to the area from Jersey City about two years ago, seeking a place where she could afford rent on a single income.

But Cunningham, a 31-year-old commercial insurance broker, recently got an email from her landlord notifying her that her $1,450 rent was going up by $1,000, she said. After looking for a new rental but being discouraged by bidding wars and rapidly vanishing listings, she decided to try her luck buying property instead.

“I’m trading one headache for another,” she said, adding that at least paying a mortgage will be an investment.

Rents in Tampa Bay have been shooting up at an especially fast clip _ with the highest increase in the ﬁrst half of this year of any metro area in the country, CoStar Group found. But the situation here is hardly unique, and is an exacerbation of an issue that was already deeply impacting lower-income workers.

Nearly half of American workers don’t earn enough to afford a one-bedroom apartment, according to 2021 rent data from the National Low Income Housing Coalition.

Experts say the persistent gap in wages and housing costs is forcing more Americans into unstable living conditions and even homelessness.

Nationally, a full-time worker needs to bring in $24.90 an hour to afford a two-bedroom rental, according to the coalition. In Hillsborough, Pinellas, Pasco and Hernando counties, that number is $24.44. Another way of slicing the local data: it requires 2.8 minimum wage jobs to cover the cost of a two-bedroom rental.

The numbers point to a long-term, structural problem regarding affordable housing in the U.S., said Dan Threet, a senior research analyst with the coalition.

Florida’s minimum wage is $8.65. More than half of those who work minimum wage jobs are adults over the age of 25, Threet said.

Statewide, the majority of the most common occupations pay less than what’s necessary to comfortably afford a one-bedroom rental, said Threet. Those include workers in retail and food service as well as nursing assistants, home health aides and administrative assistants.

“For many of these low-wage workers, they are forced into situations where they have to spend more than 30 percent of their income on rent,” he said. “Living on those tight budgets would mean cutting back on other necessities,” leaving little left for building wealth or saving for emergencies.

lorida Another trend is the influx of new renters of both high and low incomes into Florida, creating more competition, said Anne Ray, with the University of Florida’s Shimberg Center for Housing Studies. And while the number of rentals has increased, they are largely targeted towards those who earn higher incomes, she said.

In Tampa Bay, the rent spikes have come at the same time as many new apartments, according to Costar Group. More than 5,500 apartments have been added to the market so far this year, and another 7,800 units are under construction, said Brian Alford, the ﬁrm’s director of market analytics for Florida. Still, demand is so high that the average vacancy rate is below 5 percent for the ﬁrst time on record, he said.

Alford agreed that the surge in demand is being fueled by more people entering the local rental market, including people moving into the area as well as pent-up demand from people living with others who delayed getting their own place during the early stages of the pandemic. The ascent of house prices has also locked some tenants in apartments who otherwise would have transitioned to homeownership by now.

“While rent growth in multifamily units has been eye-popping . the price growth in homes has generally been even greater,” he said.

Getting a rental house isn’t any easier. Chris Lai, a Tampa Realtor with People’s Choice Realty, said he’s handled two listings for rental homes and received 30 to 40 inquiries each.

“It’s out of control. I can’t keep up,” he said. “I think it’s actually harder to get a rental at this particular point in time (than buy a house).” Inequities persist

The burden of high housing costs falls disproportionately on people of color who are more likely to be in lowerwage jobs and therefore, more likely to struggle to ﬁnd affordable rental units.

The racial disparities are in large part due to structural racism in housing and job opportunities, said Threet, with the coalition. Workplace inequity in hiring and promotions, in addition to the history of discriminatory housing policies, such as redlining, have made it more difﬁcult for Black residents to own homes and pass them down generations.

Today, he said, Black residents are more likely to be renters and the coronavirus pandemic exacerbated the trend.

Before the pandemic, Black and Hispanic unemployment was already higher than that for white people. At one point during the pandemic, 16.7 percent of Black workers and 18.5 percent of Hispanic workers were unemployed, compared to 14.1 percent of their white counterparts, according to a Congressional Research Service report.

While unemployment has decreased across the board, people of color are still more likely to be unemployed. Even once employed, Black workers earn less than their white counterparts, studies show, often regardless of educational attainment.

The gap between wages and rent prices could be closed by pushing wages up for the lowest earners and increasing the number of affordable rental units, experts said.

“Affordability of housing has to be seen in the context of what people earn,” said Elizabeth Strom, a housing researcher and professor at the University of South Florida.

Briana Morris, 22, moved into her one-bedroom Brandon apartment with her partner last year, and they pay $1,000 a month. But the management ignores maintenance requests, she said, prompting them to want a change. Apartment hunting has shown her how dramatically prices have gone up in the past year.

Now Morris is considering moving farther away from the U.S. Post Office where she works as a letter carrier, because apartments in Seffner or Temple Terrace seem more attainable.

“It’s been pretty hard because my wage hasn’t really gone up to match,” she said. “Also food prices have gone up, so we’re really seeing our buying power go down.”

They’ve looked into low-income housing with subsidized rents, but said they make too much money. Her partner works in lawn care.

Still, even those who do qualify often can’t get housing immediately.

In Hillsborough County, for example, the vast majority of affordable housing developments are at capacity with waitlists, said Jaimie Ross, president and CEO of the Florida Housing Coalition. To combat some of these issues, the county has committed $10 million in general revenue to produce and preserve affordable units.

“We are in danger of even more families falling into homelessness,” said Ross.