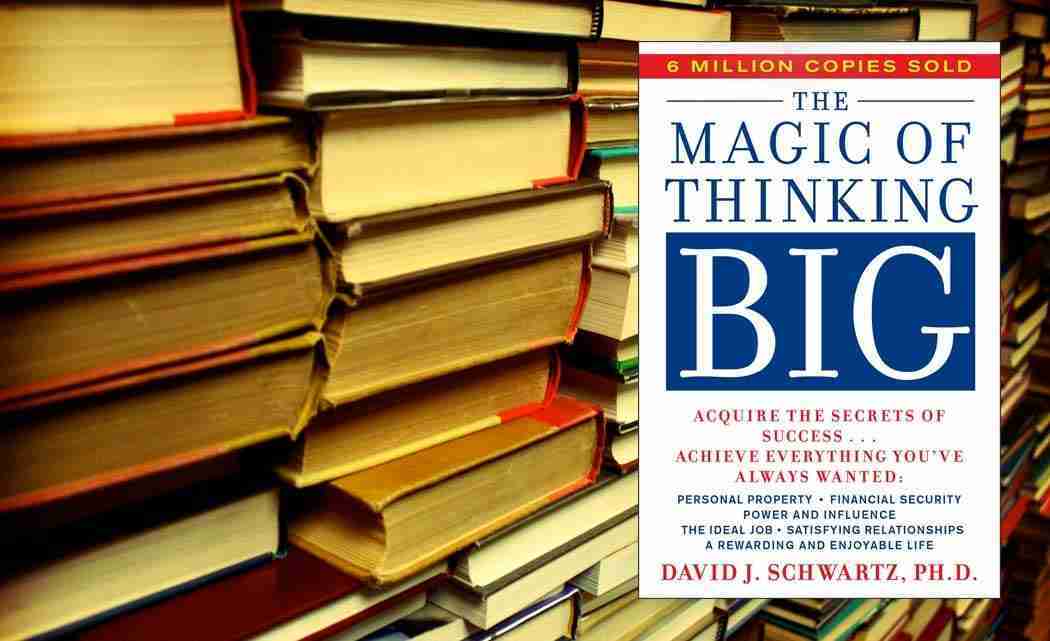 In his book, The Magic of Thinking Big, David Schwartz outlines a practical approach to changing how you think about your goals and offers practical steps to do so. He insists that by shifting the way that you think about yourself, your life and what you’re capable of, you can achieve success.

Schwartz argues that the main thing holding people back is the relative smallness of their thoughts, and explains the importance of ‘Thinking positively toward oneself.’

In the first chapter, Believe You Can Succeed and Your Will, Schwartz emphasizes the importance of believing. Believing, first of all, really believing that you can do a thing is imperative to achieving any goal. He explains that succeeding is an innate desire, but cannot occur without belief.

“Nobody enjoys crawling, living in mediocrity. No one likes feeling second-class and feeling forced to go that way,” Schwartz says in chapter one.

He also clarifies the difference between wishful thinking and belief by explaining, “There is nothing magical or mystical about the power of belief. Belief works this way. Belief, the ‘I’m positive-I-can” attitude, generates the power, skill, and energy needed to do. When you believe I-can-do-it, the how-to-do-it develops.”

While belief is not magical, it is powerful and instrumental to a person’s success.

“The how-to-do-it always comes to the person who believes he can do it,” Schwartz wrote.

One of the most powerful aspects of the book is that it’s just as easy to think big thoughts as it is to think small thoughts.

He advises readers to “Believe big. The size of your success is determined by the size of your belief. Think little goals and expect little achievements. Think big goals and win big success. Remember this, too! Big ideas and big plans are often easier but certainly no more difficult-than small ideas and small plans.”

And this is only chapter one! The book is full of wisdom and motivation to kick the excuse habit, cure yourself of the failure disease, learn how to think and dream creatively, build confidence, and destroy fear. Two stand-out chapters are You Are What You Think You Are and Think Right Toward People.

Published in 1959, the book has sold six million copies and is still popular more than 55 years later. Its timeless advice makes it a wonderful book to read anytime, but it is especially powerful as a new year emerges.