To rename or not? Institutions reconsider honors for racists 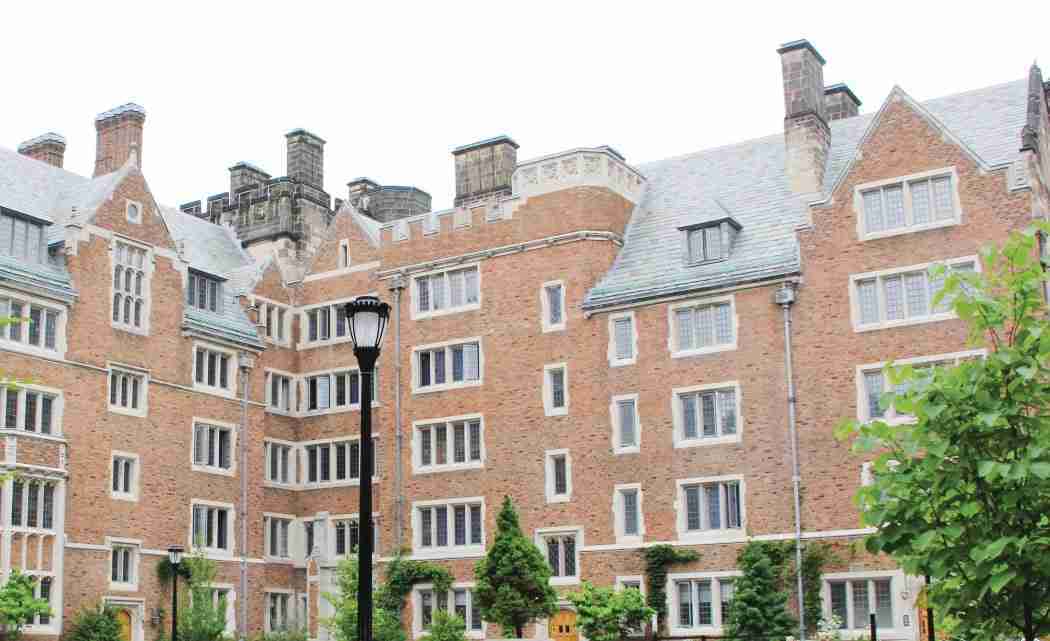 HARTFORD, Conn. (AP) — The massacre at a predominantly black South Carolina church has institutions from Alaska to Connecticut evaluating whether they should continue enshrining the names of historical figures linked to slavery and the Confederacy.

The June 17 slaying of nine black worshippers led to calls to curb displays of the Confederate flag after photos emerged showing the suspect posing with one and burning the U.S. flag. But it also has added urgency to discussions on whether it is time to do away with names given to schools, colleges and streets that have come to be seen in a new light in places far outside the South.

A petition is calling for Yale University in Connecticut to change the name of its residential Calhoun College, which honors 1804 alumnus John C. Calhoun, a prominent advocate of the slave plantation system who became a vice president and U.S. senator from South Carolina. The petition says the name, in place since the 1930s, represents “an indifference to centuries of pain and suffering among the black population.”

Yale spokeswoman Karen Peart said the university welcomes the discussion. “The tragedy in Charleston, on top of countless preceding tragedies in our country’s history, has elevated public opinion and discourse on difficult subjects that have too long been avoided,” she said.

Other campaigns around the country include efforts to change the names of Lake Calhoun in Minneapolis and New York City’s General Lee Avenue in Brooklyn, named after Confederate Gen. Robert E. Lee. In Helena, Montana, officials will meet Wednesday to discuss whether anything should be done with a downtown memorial to fallen Confederate soldiers. The foundation was built in 1916 by the Daughters of the Confederacy.

The Charleston shooting took place during Bible study at Emanuel African Methodist Episcopal Church, and the man charged in the attack, Dylann Roof, posted photos online showing him holding a Confederate flag, along with writings laying out hatred of minorities.

David Glassberg, a University of Massachusetts professor who has researched public memorials, said the naming or renaming of buildings, monuments and even fundraising dinners is always political. And at the time when many were named, African-Americans did not have political power.

“For sure, African-Americans knew that these people were who they were, but they were really powerless to do anything,” he said. “These traditions represent the traditions of past people.”

In Connecticut, the revisionist sentiment has extended in some quarters to non-Confederate figures. The state Democratic Party will decide this month whether to strip the names of two slave-owning U.S. presidents, Thomas Jefferson and Andrew Jackson, from the moniker of its 67-year-old annual fundraising dinner. The party’s chairman, Nick Balletto, said the shooting made him think about how the party has changed and “history has not been kind” to Jefferson and Jackson.

“If we want to be the party of the people, we need to reflect what our community is and we should step up and make a change,” he said.

For some, changing the name would be too easy an answer.

Temple University professor Christopher Rabb, a black 1992 Yale graduate who lived in Calhoun College when it still had a stained glass window depicting Calhoun standing over an enslaved black man, said he would rather see a deeper reckoning with issues of race and the role of white supremacists in building American institutions, such as Yale and other schools.

He contends that if Yale was “serious about addressing institutional racism and white supremacy,” it would make sure every student knows about that part of the school’s history.

“Yale has the ability to transform itself, but it first has to be honest about its roots, just like America has to be honest about its roots,” Rabb said. Yale has not commented on the matter beyond its recent statement, but in 2001, in response to a report by several doctoral candidates about Yale and slavery, the school noted “few, if any institutions or individuals from the period before Emancipation remained untainted by slavery.”

Meanwhile, in Alaska, Gov. Bill Walter has informed the U.S. Census Bureau he plans to change the name of a census district named for Confederate military leader Wade Hampton.

The onetime slave owner rose to the rank of lieutenant general while fighting for the Confederacy during the Civil War. He later became governor of South Carolina and a U.S. senator. According to census information cited by U.S. Sen. Lisa Murkowski, R-Alaska, Walter’s name was first attached to the Alaskan district at the suggestion of his son-in-law, who had been assigned to Nome as a judge in 1913.

Previous post One Nation Indivisible with Liberty and Justice for all